You are here:
Industry  LifestyleNews 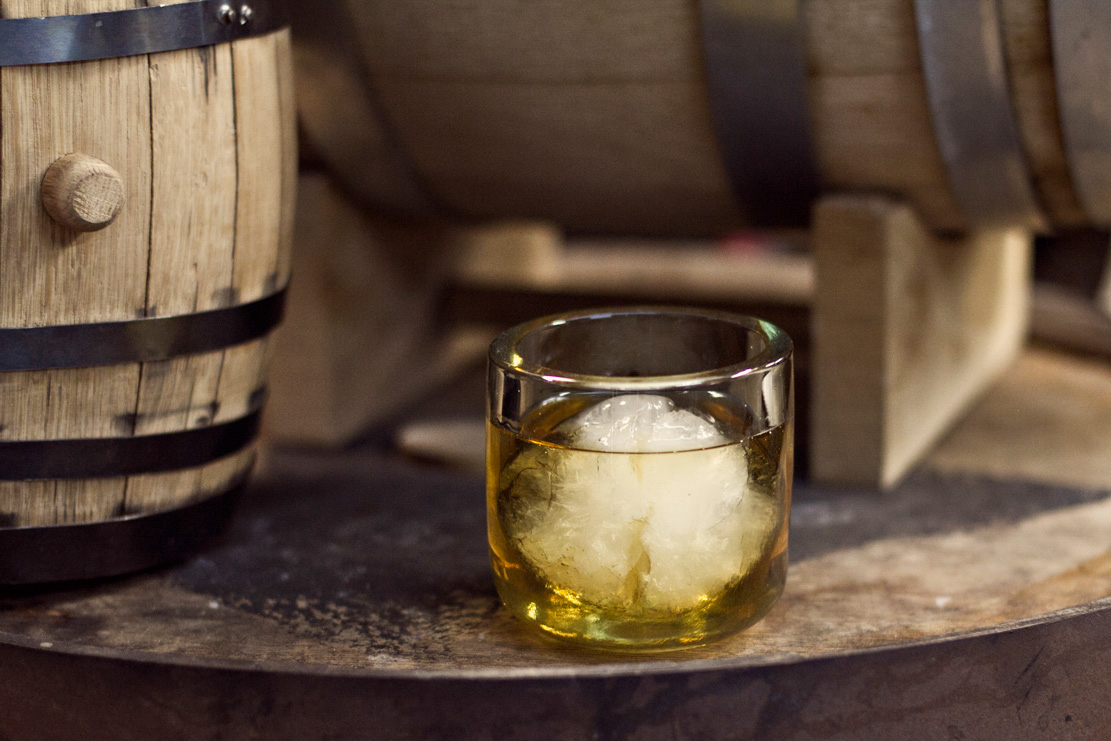 The Whisky Experience Center of Beijing features floor-to-ceiling shelves of premium single malt whiskies. It serves as one of the latest tributes to China’s growing love affair with whisky, and a select group's growing fervor for single malt whisky in particular. Kelvin Tam, Marketing Director of the Single Malt Club China, runs the show in this swanky underground lair. An ex-engineer with a deep knowledge of the distillation process, Tam has a bottomless well of whisky-fueled stories drawn from his experiences selling, marketing and, yes, drinking whisky.

Tam, a Hong Konger who lovingly refers to single malt as “the pinnacle of all spirits,” is perfectly positioned to offer valuable insight into whisky’s meteoric rise in popularity in China over the past decade. Prior to Single Malt Club China's formation in 2005, he spent two years traveling China conducting market research. Tam concluded at that time that about 300 people in China were consciously drinking single malt whisky. Based on recent sales data, he estimates that this number has now grown to over 300,000.

China is the world’s largest market for alcohol sales by volume, and, after sustaining an average industry-wide growth rate of 21 percent from 2006 to 2011, is continuing to make rapid gains in terms of value as well. For Scotch whisky sales, this culminated in a high-water mark of $110 million worth of imports flowing into China in 2012. Following this peak, whisky sales stumbled amid a global decline that produced the largest reduction in Scotch sales in 15 years during the first half of 2014. While this slowdown was at least partially attributed to a strengthening pound, the Scotch Whisky Association also points to China’s economic slowdown and anti-extravagance campaign as major drivers behind the drop. But despite the troubling data of recent years, whisky appears to be regaining its momentum, and talking to local whisky aficionados, it quickly becomes clear that its market in China is still developing.

“The boom started three to four years ago,” says Anthony Tao, who hosts weekly Whisky Wednesday tasting sessions at the Bookworm in Sanlitun. “A surge of bars began expanding their collections to include more refined whiskies such as Glenfiddich, Glenlivet and Springbank.”

Tao, a native of Kansas, talks about whisky with a genuine excitement. He acknowledges that the China market still lacks the knowledge of whisky seen in regions with deeper historical ties to the liquor, but adds that Chinese bartenders and consumers alike are fascinated by the possibilities.

“Some people talk about whisky the way they talk about poetry,” Tao said. “But I don’t think that is necessary to appreciate the differences between three whiskies and their histories and how they are made.”

A rise in single malt and premium whisky bars has further added to whisky’s allure in China, elevating its popularity among the rich and famous. Beijing’s Bubble Bar, opened two years ago by prominent local bartender Sun Quan, often caters to celebrities. Sun, who personally collects whiskies from his birth year of 1987, said that young people are increasingly being drawn to whisky and that “more people want to taste limited editions and whiskies from closed distilleries.” To this end, Sun makes use of his extensive network developed over many years in the Beijing bar scene to keep the shelves stocked with a wide variety of rare and high-end whiskies that can range from RMB 60 to RMB 3,000 for a glass. Sun also noted a trend of more women with careers coming in to drink whisky after work, calling it “a different taste for a different life.”

While single malt whiskies have attracted a lot of attention, AmCham China member company Alltech has found success with its Town Branch brand bourbon and rye whiskies in recent years. While Alltech’s single malt Bluegrass Sundown – the first single malt whisky made in Kentucky since Prohibition began in 1920 – has been their most popular whisky in China since they first entered the market two years ago, they have also seen a recent increase in desire for traditional American-style whiskies. Patrick Lin, Asia Brand Ambassador for Alltech, chalks this growth up to several factors, including a global resurgence of interest in classic cocktail recipes that tend to be bourbon or rye based, the increasing number of Chinese bartenders seeking to expand their cocktail repertoires, and the growing buying power of China’s middle class bringing increased interest in whisky to new parts of the country.

Hong Kong, long a hub of the wine auction business, has recently seen sales of rare and single malt whiskies reach new levels. In April, the Asian Art Auction Alliance in Hong Kong offered its first batch of Scotch and Japanese whisky. The sale brought in HK$730,000 ($94,200) for the 51 bottles sold, with the top bottle going for HK$96,000. More recently, in another Hong Kong auction in August, a bottle of 1960 Karuizawa set a new record for Japanese whisky by reaching a final price of HK$918,750.

Mainland China has been expanding into the whisky auction market as well, with the Single Malt Club China establishing the first major online auction for China, whiskyauctionchina.com, in 2013. The most recent auction lot, which ended Sept. 12 and consisted of 39 bottles predominantly from Scotland, drew closing prices ranging from RMB 430 to RMB 30,100.

Despite the dramatic growth of the whisky market over the past decade, whisky still makes up only a tiny fraction of China’s overall alcohol sales. Baijiu takes the lion's share of spirit consumption in China, more than 90 percent. With the rapid expansion of premium whisky’s online and offline distribution, a growing contingent of female drinkers and expanding awareness across China, whisky appears poised to continue the growth demonstrated over the past decade. While concerns remain regarding the Chinese market due to slowing economic conditions and the ongoing anti-extravagance campaign, the experts interviewed for this story were unanimously optimistic. They are quick to point out that even high-end whisky is still cheaper than other premium liquors such as baijiu and cognac, which have come under harsher scrutiny. Tam also adds that most of his customers drink single malt whisky because they are hobbyists with a genuine love for it, and because of this are unlikely to switch to another drink during economic fluctuations or other changing circumstances.

But perhaps the most exciting aspect of whisky’s future in China is the fresh approach being taken to such a long-established product. Though the distillation and production processes are yet to be established on a large scale in China, distilleries have begun to appear in the region, with highly regarded whiskies emerging in Taiwan and India. Meanwhile, the growing fascination of bartenders and customers alike continues to lead to new perspectives and unforeseen opportunities.