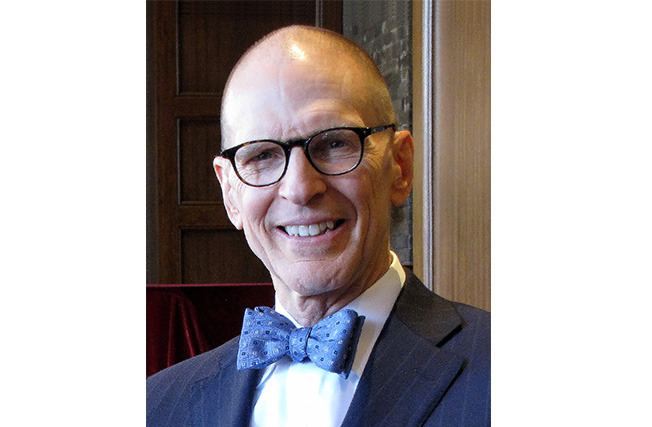 I have spent my professional life advocating for U.S. business, including over 20 years while working in the US Department of Commerce, and for four years as Vice Chairman and then Chairman of the AmCham China Board. With your vote I can continue that advocacy as AmCham China Governor.

An effective Board of Governors must be hands on guiding the organization. It must listen to members, understand, and adapt to the evolving bilateral relationship. The Board must be vigilant assessing membership needs and ensuring fiscal responsibility.

I maintain that the Chamber’s role is more important than ever: representing our membership with respectful advocacy and constructive recommendations, with a spirit of mutual benefit.

AmCham China also must continue to be a center of the American communities in Beijing, Tianjin, Dalian, Shenyang, and Wuhan, as well as drive a growing presence in Shandong Province.

Considering alphabetical order, I will probably be the last name on the voting ballot. So please be sure to save one vote for me.

The Honorable William Zarit advises western multinationals working in the Chinese commercial market and helps Chinese companies navigate the U.S. business environment. A Senior Counselor with The Cohen Group, he is also Chairman Emeritus of the American Chamber of Commerce in China.

Until May 2014 Mr. Zarit was Minister for Commercial Affairs at the U.S. Embassy in Beijing, in charge of the U.S. Department of Commerce’s trade promotion and trade policy activities in its operations in Beijing, Chengdu, Guangzhou, Shanghai, and Shenyang. He retired with the diplomatic rank of Career Minister.

Prior to that Beijing posting, Mr. Zarit oversaw Commercial Sections in U.S. Embassies and Consulates worldwide as Deputy Assistant Secretary, International Operations, for the U.S. Foreign Commercial Service (FCS), which is the Federal Government’s front line trade agency, promoting both U.S. exports and foreign investment into the U.S., and protecting U.S. commercial interests overseas. Before that he served as the FCS Regional Director for East Asia/Pacific. Prior positions included Senior Commercial Officer at the U.S. Embassy in Kuala Lumpur, Malaysia, and Deputy Senior Commercial Officer both at the U.S. Embassy in Beijing and at the American Institute in Taiwan.

Before to joining the U.S. Commercial Service Mr. Zarit was Economic and Commercial Program Officer for the New York-based National Committee on U.S.-China Relations, preceded by his work as Marketing Manager/China for Pacific Bell’s international operations. He had earlier as Project Manager for the first IBM PC dealer in China, China Business Associates. Mr. Zarit also served as a Mandarin Chinese Interpreter for the U.S. State Department Language Services.