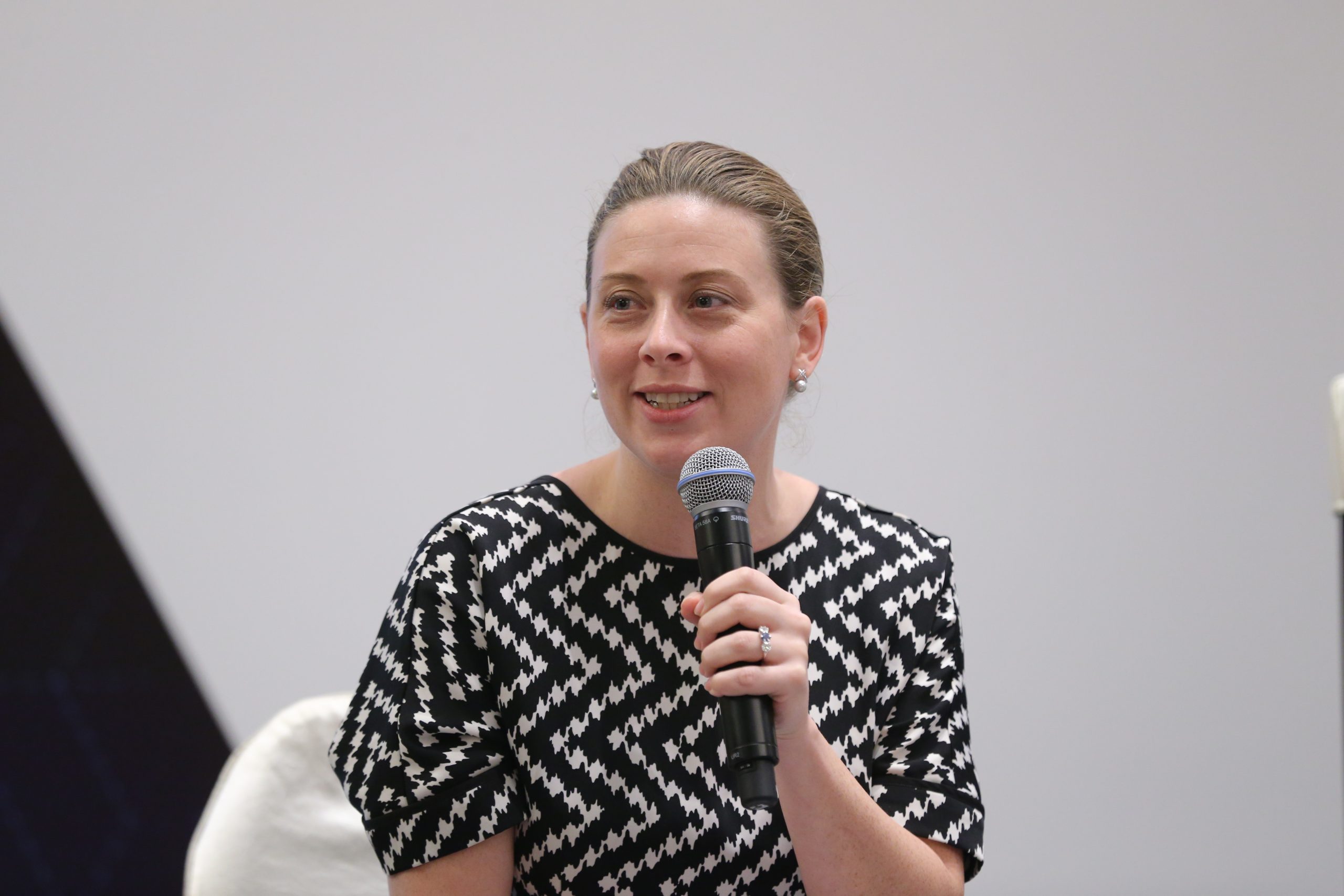 Sophie Guerin is the Head of Diversity & Inclusion, APJC at Dell Inc., a noted author for her book Silicon Valley: A Look at Diversity Data Transparency, and widely regarded as an expert on diversity and inclusion in Asia, where she frequently speaks on the topic.

Sophie is currently responsible for Dell’s diversity and inclusion strategy, and oversees team members in 18 countries – ensuring their work environments are optimal for all types of people to produce their best work. Having worked around the world, Sophie is a recognized thought-leader on supplier diversity in Asia.

Notably, Sophie is the first ever recipient of the American Chamber of Commerce China Committee of the Year Award. She is also the founder of Women in International Public Affairs based in Paris, France. And, in 2017, at the invitation of the U.S. State Department, Sophie served as a member of the official U.S. Delegation to the 2017 APEC Women and the Economy Summit.

In choosing such a difficult field as diversity and inclusion, Sophie has approached the pervasive challenges of her job with creativity and nuance. In discussing diversity issues in STEM fields, she explained to HR Magazine that, “around the ages of 13 and 14, girls drop out and lose interest in STEM-related learning.” Facing this type of fundamental and hardcoded resistance, Sophie acknowledged that traditional HR tactics for addressing diversity issues would ultimately fall short. As such, she engaged in grassroots campaigns designed to focus on young girls and protect their STEM interests later in to life – giving them a fighting chance in the industries that now need them most.

Through Sophie’s efforts in cooperation with Dell Inc., initiatives such as the Girls Outreach Programme and Digital Futures focus on fostering young girls’ interest in STEM-related studies and pursuits. With programs such as these, Sophie and her cohort have given young girls an avenue to learn about the skills required to work in the IT industry, and even teach basic programing and network engineering. Guerin says, “The goal is to reveal previously unseen avenues of future employment and make tech more accessible to girls.”

In Sophie’s creative strikes for diversity, she has made quite clear that targeting women and girls is not the end of the story – men too, are a big part in the solution to society’s diversity issues. Regarding men’s advocacy for women, Sophie says, “When it comes to gender equality, it cannot be just women banging on the door for inclusion. Men must take a leadership role in advocacy for inclusion and diversity!”

Sophie’s work in the field of diversity has been pivotal in both the private and public sectors. In both arenas, her insights and ability to enact change in organizations, and in policy, have proven her status as a thought-leader and champion of diversity and inclusion. Sophie’s deep understanding of the APAC region and focus on diversity are a rare paring, and include a unique road to such expertise – a road that, in fact, includes time working at AmCham China.

As a large influence on her journey into diversity and inclusion, Sophie has stated that AmCham China “played a critical role in [her] career development after graduating from NYU. The young professional membership program allowed [her] to build [her] network and professional skills by serving as the Co-Chair of the Young Professional Committee, and helping to launch the Women’s Professional Committee in 2007.” She went on to express her excitement to “be back, continuing to support the impactful programs and opportunities led by AmCham China to create more opportunities for the next generation of young female leaders in China.”

On March 30, Sophie will join us as an honored guest for the 2nd Annual Women Economy Summit. After the great success of the 1st Women Economy Summit, this year's event is filled with incredible, thought-leading women who will share their insights on all things dealing with the women driving global economic growth, and how companies can foster a healthy gender balance, inspire female employees to reach their full potential, and unleash the power of the women economy. We welcome you to join us for this yearly event, and set the standard for progress in global economic development.