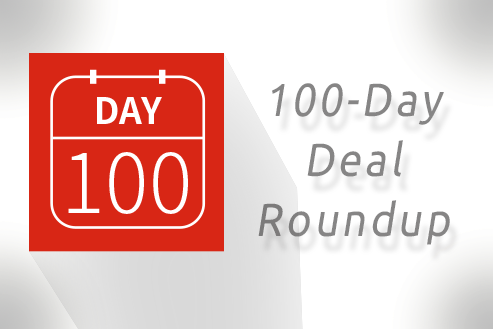 At the early-April meeting in Mar-a-Lago between President Xi Jinping and President Donald Trump, the two leaders agreed to advance US-China economic cooperation with a 100-day plan intended to make progress on key issues. On May 11, 2017, the Commerce Department released a statement that identified 10 areas on which both nations were committed to resolving within the timeframe, with specific actions to be completed by July 16.

AmCham China President Alan Beebe attends an event on June 30 in Beijing to celebrate US beef arriving in China for the first time in 14 years.

As of Day 98, many of the items have been completed in accordance with the text of the agreement, including a resolution to some long-outstanding issues in the US-China economic relationship. US beef, for example, arrived in China for the first time in 14 years – an issue that was first noted in 2007 in the American Chamber of Commerce in China’s White Paper.

With a few days remaining until the deadline, there will likely be some last-minute progress or further developments. The chart below, however, reflects our most current understanding of the progress made on the agreement.