241 Years of Independence with AmCham China 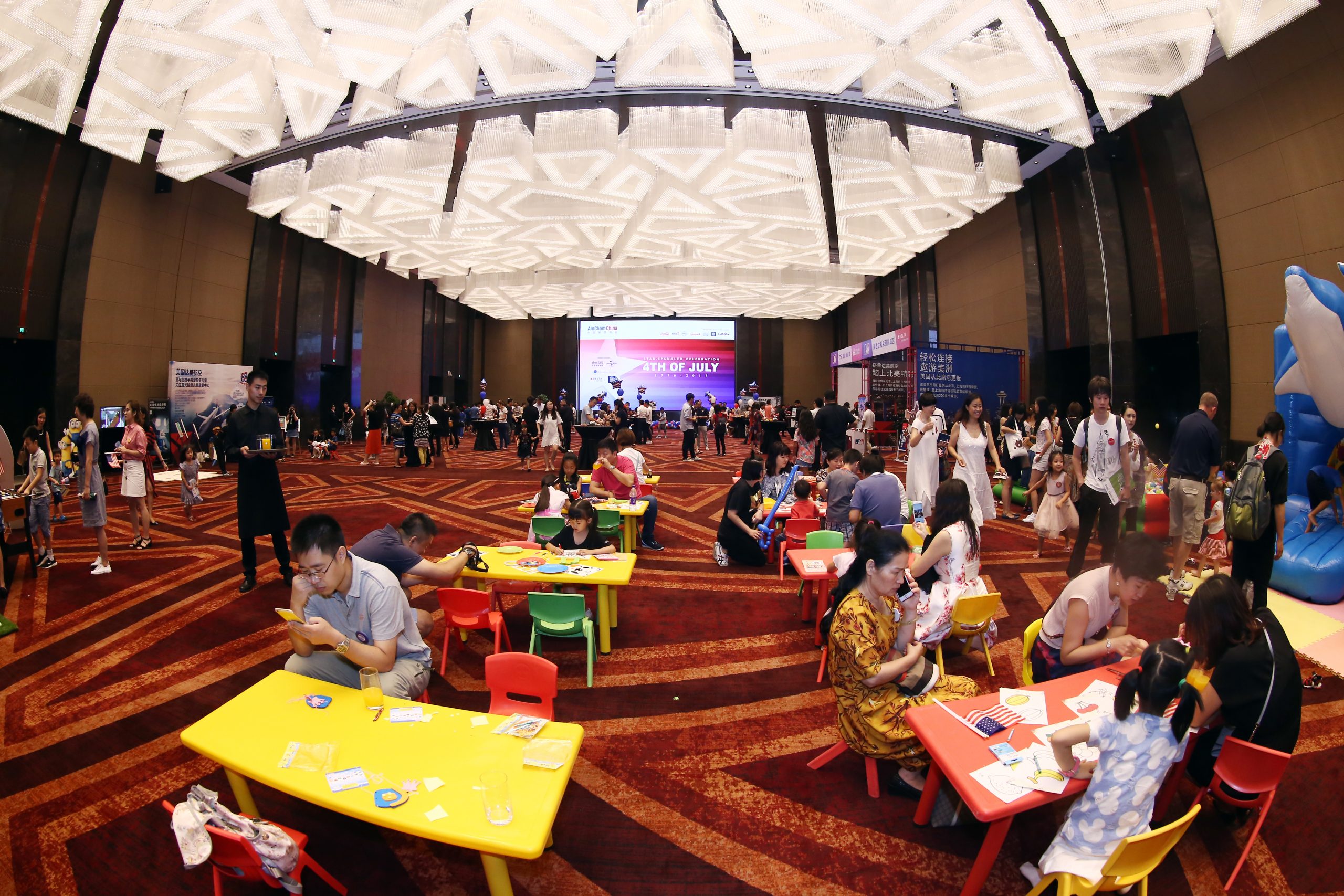 Every country has its day. China has its Golden Week, Canada has Canada Day, Australia has Australia day, and of course, America has Independence Day, which was also celebrated on social media this year as “the original Brexit.”

On Saturday, July 1, over 500 members of the AmCham China community and the US Ambassador to China, Terry Branstad, came together for America’s 241st Independence Day at AmCham China’s annual Star-Spangled Banner celebration.

Celebrating the most American of American holidays outside of the US may seem like a poor imitation of the real deal, but not with AmCham China. During the festivities, AmCham China demonstrated its unique ability to reflect US core values as a country and as a business community.

More than 500 attendees were a melting pot of families from China, the United States, England, Latin America, and even as far as South Africa. There were games for kids and families, entertainment from Universal Pictures, and over 100,000 RMB in prizes given away in the Lucky Draw, including two round-trip tickets to anywhere in the world from Delta Airlines.

There is no other place where can you listen to the Ambassador champion the importance of Sino-American friendship and in the next moment celebrate America’s greatest pastime by firing a blistering fastball (63 mph) thanks to support from Major League Baseball.

600 American hotdogs were consumed! With a rock band blaring in the background and a view of the Beijing city scape atop the Nuo Hotel, the words of Thomas Paine, one of America’s founding fathers, felt especially appropriate for the occasion: “The world is my country, all mankind are my brethren and to do good is my religion.”

Beijing is a global community, and everyone wants the best for their families and their friends. Beijing can be hectic, and in the summer it can be stifling hot, but for one day a year AmCham China members can come together, have fun, and cool down with a refreshing bourbon-laced beer from Alltech.  The weekend celebrations exuded a real sense of comradery. Americans were given the opportunity to slow down and appreciate their country, feel thankful to be in China, and feel blessed to be a member of such a warm and dynamic AmCham China community.

Michael Stewart is the Business Development Manager at AmCham China.