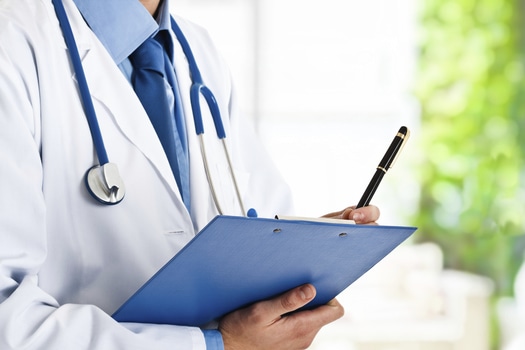 By Olalla Pruneda and Kelly Gao

This year’s National People’s Congress, China’s legislature, ratified the 13th Five-Year Plan (FYP), the country’s highest-level policy planning document and the first developed under President Xi Jinping. The economic, political and social goals laid out in the 13th FYP showcase Xi’s determination to continue pushing forward his agenda of the “great revitalization of the Chinese nation,” which lays out a growth model based on higher-value manufacturing and services, a consumption-oriented economy, a cleaner environment and inclusive development through improved healthcare and social security systems.

Healthcare reforms will be instrumental in meeting these lofty 13th FYP goals by 2020, with poverty alleviation and expanded medical and social services at the forefront of this endeavor. The specific healthcare priorities laid out in the 13th FYP include:

The 13th FYP also aims to push forward the implementation of the China Manufacturing 2025 plan, a blueprint for the nation’s industrial upgrading and intelligent manufacturing, including China’s healthcare industry among the 10 prioritized industries. Over the next decade, the government is expected to channel support for domestic R&D and innovation to move domestic medical device and pharmaceutical firms up the value chain with a view to turn them into global heavyweights.

The 13th FYP will be followed by the release of sector-specific and provincial FYPs in the next weeks and months, including the healthcare-focused plan and the “Healthy China” national strategy, expected to spell out more detailed goals and implementation measures for this sector.

China’s healthcare needs are bound to surge significantly as China’s population ages rapidly. Moreover, the disease burden is shifting to chronic diseases, requiring long and often intensive treatments and expected to double or triple among Chinese over 40 years of age by 2030, according to the World Bank.

In response to these challenges, the Chinese government will continue increasing public funding for medical assistance by 9.6 percent year-on-year in 2016 to a total USD 2.5 billion. However, China’s healthcare expenditure still accounts for only 5.6 percent of the country’s GDP compared with the World Bank's estimates of around 10 percent in developed countries.

As the government aims to expand healthcare services while containing costs, there remains the question of whether the planned financial support will be sufficient to overcome the challenges ahead and realize the goal of a healthier China over the next five years.

Complex landscape for foreign healthcare firms in the next five years

As a pillar for building China into a “moderately prosperous society” by 2020, the government is committed to ensuring the affordability of basic healthcare services. This predicament is likely to result in further downward pressure on the prices of drugs and medical devices, adding to renegotiation practices in tendering that are already driving prices down.

More importantly, government resources will be poured into supporting the development of the domestic industry in the coming decades. Localization efforts are already resulting in higher reimbursement ratios for local products and a tendency to promote local brands in tendering. On the back of these developments, foreign firms are bound to face increasing competition from Chinese companies in the years to come.

With uncertainties remaining over the implementation of the 13th FYP healthcare goals, current regulatory hurdles and costs for foreign firms to enter and operate in the Chinese market are unlikely to diminish in the short term. Yet a China with slowing but still world-leading growth means the world’s second largest economy will remain a place that few companies can afford to avoid. To tap into China’s growing healthcare market, foreign firms will need to find a strategic alignment with the country’s policy goals. For example, they could explore opportunities to work with the government in driving forward calls for more private investment into healthcare. But multinational corporations (MNCs) must also remain focused on protecting their core business and intellectual property underpinning their competitive standing.

Olalla Pruneda is an Associate Consultant at APCO Worldwide.

Kelly Gao is an Associate Consultant at APCO Worldwide.