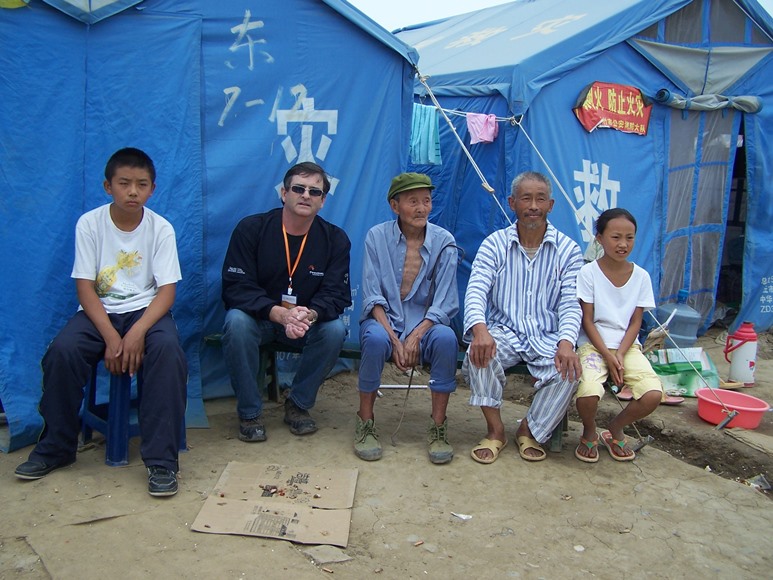 This year, AmCham China’s Board of Governors has started to reflect upon a number of legacy milestones for our unique history in China. AmCham traces its roots to 1919, when the organization – then known as AmCham Peking – operated out of a small hutong office in Wangfujing. Our chapter in Tianjin traces its roots back even further to 1915. Back then, the chamber’s mission was very much the same mission as it is today: to promote American commercial interests and to foster strong US-China relations.

In addition to trade and investment issues, media reports in the 1920s to the 1940s reflected that AmCham Peking was active with charitable causes such as famine relief. During the 1920s, 20 million people were at risk of starvation as a result of crop failures caused by natural disasters such as droughts, flooding, and other catastrophes. The American relief effort in 1920 – which helped bring relief to famine victims – was led by AmCham’s president Harold Faxon, a railroad equipment salesman originally from Boston, and Henry Emery, a banker originally from New York.

Like much of Asia and China at the time, AmCham Peking’s status and role was diminished during World War II and eventually was disbanded in the late 1940s.

AmCham left China in 1949 but in 1981, a number of American businessmen and woman working in Beijing received authorization from the US Chamber of Commerce in Washington DC to establish AmCham China in Beijing.

Since the early 1980s, AmCham has been very active in charitable giving and has held the American Ball sporadically in the 1980s and 1990s, and annually since 2003. Since 2003, the American Ball alone has generated over $2 million in grant funds for non-profits that have improved the lives of thousands of people in China. Over the years, AmCham has awarded grants to dozens of non-profits; a few of our grant recipients included:

In 2006, AmCham embarked on an ambitious project to survey and document three decades of Corporate Social Responsibility Initiatives by AmCham-China Members Companies and published these efforts in a bilingual book entitled Partnering for Progress. The book illustrates 76 of the initiatives by our member companies including environmental protection, rural health and education, disaster relief and AIDS awareness and prevention programs. The book was well-received by our friends in the Chinese government that showed much appreciation for the work of American companies in the communities they live and work in.

In 2007, the board of governors and CSR Committee started taking a look at bringing support to the rural communities of China. In August 2007, I led a delegation of over 30 members of the American Chamber of Commerce China to the Tibet to evaluate the investment and commercial opportunities, as well as to review CSR and charitable related activities in the cities of Lhasa and Shigatse. The AmCham delegation was the first official business delegation of AmCham or any American business organization to receive approval by the central government to visit Tibet.

In Shigatse, we visited the largest hospital in the region that supports over 50,000 people, but lacked the basic necessities. It was a real eye-opener for many of us. We saw first-hand the needs of the people in rural communities, and this helped our members and CSR Committee develop programs to better address the needs of marginalized communities outside the major first-, second- and third-tier cities.

In May of 2008, the board was in Washington DC for our Annual Doorknock, now known as DC Outreach. We woke up on May 12 to news of the devastating Sichuan earthquake, which killed over 70,000 people. In addition, over 15 million people were displaced, of whom five million were rendered homeless. In Sichuan alone, 35 million homes were totally destroyed or damaged. I will never forget the look on John Watkins' face and the other members of our delegation; we felt helpless from 6,000 miles away. The board held a meeting at breakfast and immediately pledged RMB 1 million of AmCham’s reserve funds for earthquake rescue and relief. We said to one another, that this was the right thing to do – without question.

Both immediate and long-term relief was urgently needed to provide support to earthquake victims. Various government agencies frantically called AmCham for support and we rallied our member companies to step up to the plate and provide contributions.

In June of 2008, AmCham led a delegation representing 38 AmCham member companies to Sichuan just weeks after the earthquake and, with the support of the Sichuan government, our delegation visited the Mianyang section of Deyang City, a district that was almost completely leveled. Entire buildings were reduced to rubble entombing all inside. The silence was eerie.

The extent of the devastation hit our member delegation very hard. While the mood was one of much sadness, we saw hope when we visited the people rebuilding their lives in temporary housing and the children in temporary makeshift schools.

Thereafter, and in addition to the pledged reserve funds RMB 1 million, AmCham also raised an additional 1.7 million RMB at the 2008 Charity Ball for rescue and reconstruction efforts.

In addition, we tallied the contributions of our member companies, and I am proud to say that AmCham member companies collectively donated cash and in-kind donations totaling over $87 million dollars for earthquake relief and the rebuilding efforts.

As demonstrated by AmCham China’s almost 100-year history in China, business and philanthropy have always gone together and good business leaders have the vision, the leadership and the passion to give back to the community.

And why is that? Because philanthropy works and it’s good for business.

We, as an American business organization, have indeed brought a bit of that charitable mindset with us to China, and we have been doing so proudly since our founding in the early 1900s.

Giving back, with both our time and financial support, fosters our sense of community and the positive role our companies and employees play as they live and work in China.

AmCham and its members have a long and distinguished history of participating in Corporate Social Responsibility and charitable activities in China. From providing famine relief in the 1920s to providing significant financial support in response to the Sichuan earthquake, AmCham China and its member companies have indeed made a big difference.

A lot of folks know AmCham as a strong advocacy and government affairs organization. But I can tell you that we are much more than that. Although charitable activities and giving back to the community may be a small part of what we do, it’s really 95 percent of who we are and what we stand for.