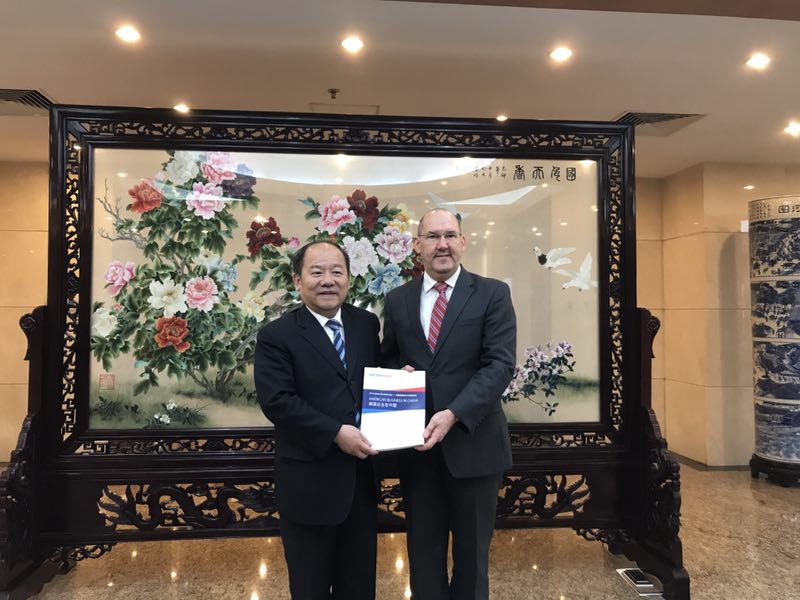 After the publication of the 2017 White Paper, AmCham China organized and executed over 20 White Paper delivery meetings with Chinese ministries. These meetings contributed to the chamber’s advocacy efforts to address policy challenges that American businesses face, and helped to deepen long-lasting relationships with Chinese government officials. In addition, AmCham China also leveraged the White Paper to establish communications channels with government ministries that we met for the first time this year such as the Cyberspace Authority of China (CAC), the State Council Legislative Affairs Office (SCLAO), the State Administration of Taxation (SAT), and the State Administration of Foreign Exchange (SAFE).

Through the delivery meetings, the chamber received waves of positive feedback from both the Chinese government and foreign business community in China.  AmCham China members that attended the meetings were able to convey industry-specific issues and cross-sector concerns directly to respective government agencies.

For instance, during the CAC White Paper delivery meeting, members could freely discuss issues such as the complexity and ambiguity of the Cybersecurity Law, cross-border data regulations, and critical information infrastructure. The Director General of the CAC, Zhao Zeliang, clarified regulatory issues and addressed the aforementioned concerns during the meeting. He also expressed his appreciation of AmCham China’s efforts and highlighted the chamber’s positive role in serving as a bridge for communication between the US and Chinese governments. The meeting concluded with a direct commitment to enhance communication between US and Chinese industries.

AmCham China received constructive feedback from other meetings as well, such as in the meeting with SCLAO Vice Chairman, Gan Zangchun. AmCham China members voiced their concerns about the growing restrictions affecting not only US businesses, but also those of Australia and the EU. They urged the government to revitalize the deteriorating investment environment and provided case-study examples of industries particularly hit by unequal treatment versus local companies.

“China is reforming regarding the negative list and national treatment. The negative list is getting shorter and shorter,” Gan responded. Gan also assured the members that the government is moving forward with legislation and regulations in many departments that are beneficial to foreign businesses, including policies such as Patent Law, Standardization Law, and Export Control Law.

The White Paper delivery meetings also had an impact beyond the walls of the meeting rooms. This year, the State Council issued Circular No.5 and Circular No.39 to promote foreign investment. In the wake of these announcements, AmCham China was encouraged to see that the Chinese government’s responsive actions to address the concerns of foreign businesses and willingness to translate commitments into actions.

The success of the White Paper delivery meetings indicates how highly Chinese ministries value feedback from the foreign business community. As the Vice President of the Development Research Center, Long Guoqiang, said: “White Paper is a good tool to accurately communicate with the government and to share what our industry is most concerned about.”

The delivery meetings provide a great opportunity to voice concerns and address issues in a constructive, transparent, and diplomatic way. It is crucial for the White Paper delivery meetings to continue on the path of further collaboration and strengthening the relationship between US businesses and the Chinese government.  AmCham China looks forward to championing for equal treatment of businesses and an open market on both sides in the years to come.