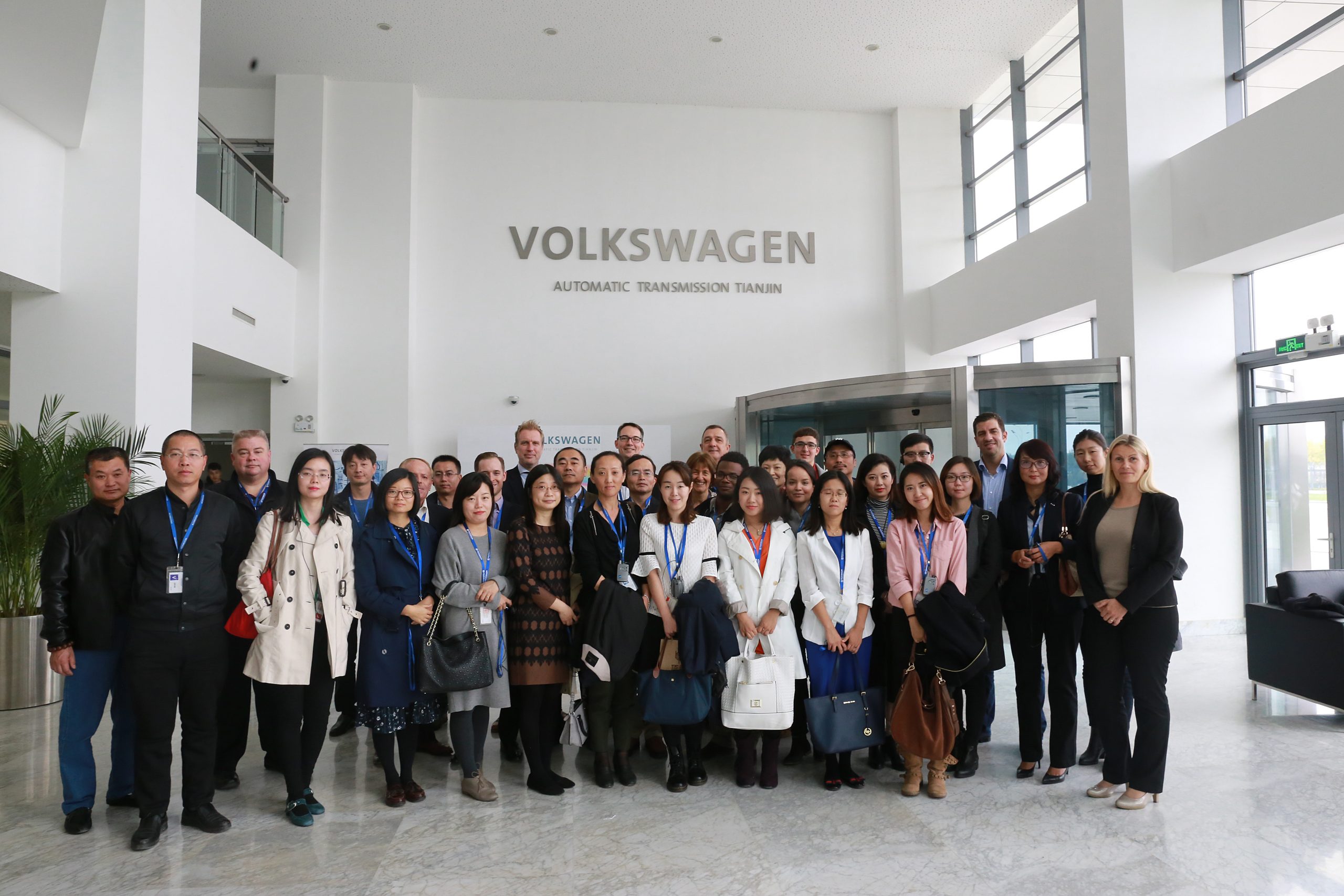 For its 18th company tour, AmCham China-Tianjin partnered with the German Chamber to give members a behind-the-scenes look at Volkswagen Automatic Transmission’s facilities. Upon arrival, members were treated to Volkswagen’s custom catering service and a brief networking session. Following this, a company presentation offered an insider’s view into Volkswagen’s presence in Tianjin and an overall outlook on the regional automotive industry. A tour of Volkswagen’s production line gave members a first-hand look at the state-of-the-art technology that drives Volkswagen’s facilities. The event drew many who were interested in the automotive industry, and members were able to ask questions about how the facility was managed.

After departing Volkswagen, members were treated to a buffet dinner at the newly opened Fraser Place Binhai, a suite of long-stay service apartments. The dinner was followed by an impromptu tour of Fraser Place’s facilities and suites. The tour included visits to some of the largest apartments Fraser Place has to offer as well as a look at a church built inside the residential area for guest use. The all-day event concluded with a complimentary shuttle bus back to the city.

AmCham China-Tianjin would like to thank Volkswagen Automatic Transmission for being willing to open up its facilities to our members. In addition, AmCham China-Tianjin thanks Fraser Place Binhai for the dinner buffet. Finally, thanks and recognition is given to Tianjin International School, the shuttle bus sponsor for the event. For more information on upcoming events please check our official website for more information.

Antonio Douglas is an intern at AmCham China – Tianjin.