2021 Two Sessions: From Recovery to Rejuvenation 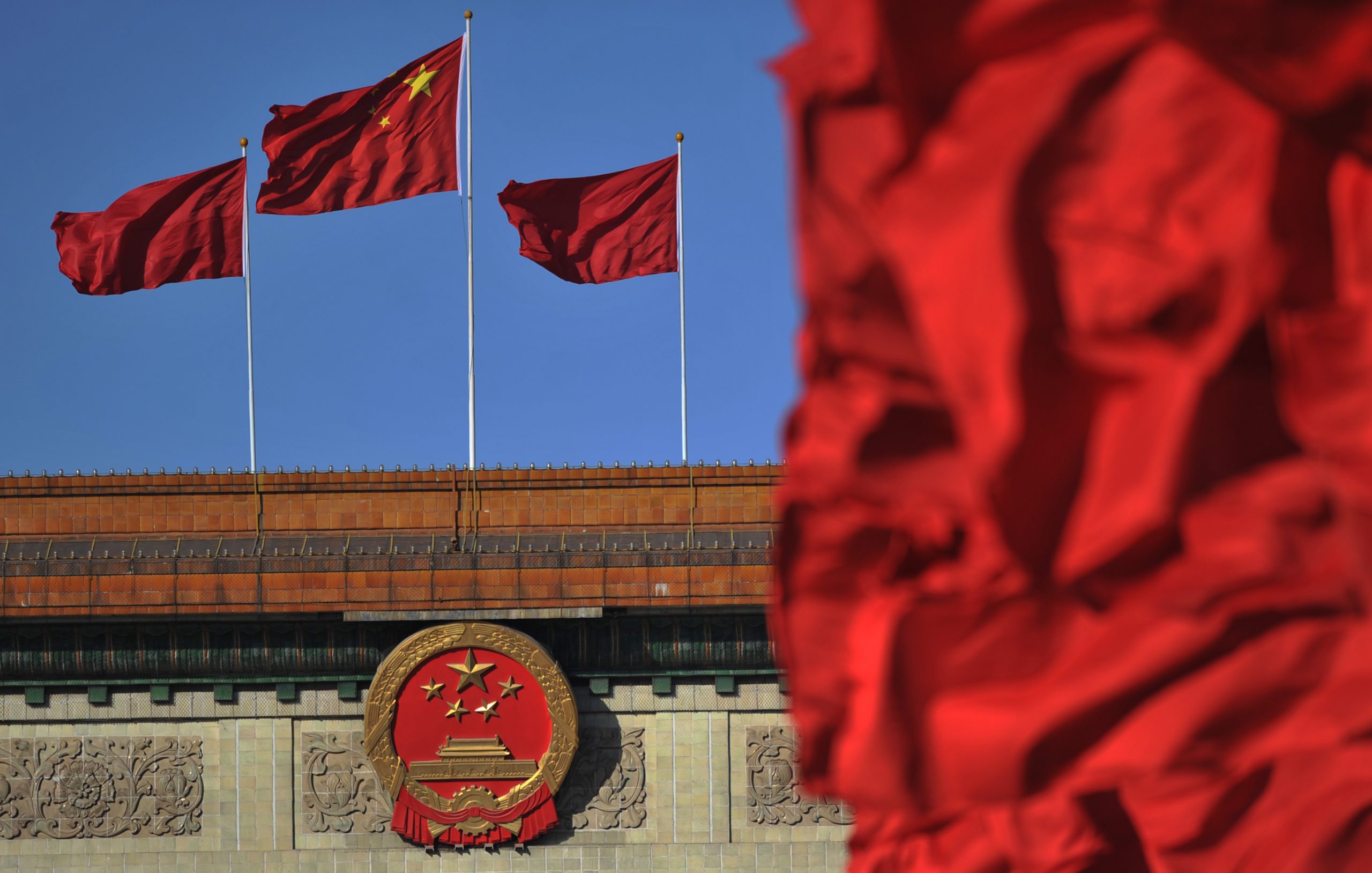 China’s annual meetings of the National People’s Congress (NPC) and Chinese People’s Political Consultative Conference (CPPCC) – collectively known as the Two Sessions – convened this year in an atmosphere of guarded optimism about the direction of economic recovery, and confidence that Beijing has tackled the COVID-19 pandemic more successfully than China’s toughest critics.

The Two Sessions arrived at a watershed moment for the state. The 100th anniversary of the Communist Party of China (CPC) will be celebrated in July, while Beijing prepares to host the Winter Olympic Games next February. The Two Sessions also approved the 14th Five-Year Plan (2021-25) (“14FYP”), whose goals include modernizing China’s economy, with a focus on next-generation strategic technologies and an eye towards broadening the country’s global influence.

At the Two Sessions, China’s leadership acknowledged a “complicated” domestic and global environment, aggravated by worsening relations with the United States, Beijing’s biggest trading partner. The government has responded by shifting policy towards building domestic resiliency, especially in the manufacturing supply chain, and calling for strengthened unity around Xi Jinping and the CPC.

For 2021, maintaining economic momentum and social stability remain core objectives. China’s economy grew by 2.3% in 2020 – the only major economy to report growth – and the government benchmarked GDP growth at more than 6% for this year. The target falls about two percentage points below World Bank and International Monetary Fund projections. But it allows China to focus on “high-quality development”, Premier Li said. Jobs are key – at least 11 million new urban jobs will be created in 2021, compared with 11.9 million last year – with the government setting the goal of holding urban unemployment under 5.5% for the next five years. The government unveiled an updated package of stimulus spending, tax cuts, and debt issuance to address pandemic fallout, support small and medium-sized enterprises (SMEs), and smooth recovery for some hard-hit localities.

Domestic innovation remains a top priority, with the government ploughing more resources into the critical semiconductor and software sectors, as well as artificial intelligence (AI) and quantum technology. Xi said the country would undertake “more vigorous and practical measures” to accelerate “self-reliance” in science and technology. That means more money for basic research and national laboratories.

The most contentious decision to many foreign observers was the decision to amend Hong Kong’s Basic Law and revise the city’s electoral system, representing the second major legislative initiative launched by the central government in response to 2019 political unrest. The government also signaled continued opening to foreign investment, especially in the financial sector. The Work Report stated that the Negative List for foreign investment would be further reduced, allowing foreign companies more access to the manufacturing and service sectors. Expect any measures aimed at introducing greater competition to align with the government’s focus on strengthening home markets.

Dual circulation: China continues to focus on boosting domestic consumption while increasing its technological capabilities as part of its “dual circulation” strategy. Dual circulation is seen as cutting through global challenges and unpredictability by reducing China’s reliance on external supply chains and markets.

National security across the board: Enhancing national security was front-and-center through the Two Sessions and a key theme of the 14FYP, and the concept is expanding to include an increasing number of fields and activities. Food security, energy security, and financial security are topline priorities, as is enhancing technological capacity.

COVID-19 response: Despite a strong recovery from COVID-19, the pandemic exposed weaknesses in the emergency response and healthcare systems. Healthcare reforms are set to continue, providing new opportunities for foreign firms, as is further build-out of the national emergency response system.

Nation of innovators: Made in China 2025 has been abandoned as a rallying cry, but the focus on innovation and next-generation industries is greater than ever. As China seeks to ensure technological self-reliance, the 14FYP targets 7% growth per annum on R&D across the economy for the next five years. AI, quantum information, genetics, aerospace, deep-earth and deep-sea exploration, biotech and brain science were earmarked for fresh support. Industry will also receive more tax breaks to offset R&D costs.

A burgeoning middle class: The government wants the middle class to grow, and signaled it’s developing an action plan that will focus on new graduates, and skilled and migrant workers. State economists predict the country’s middle class will include over 800 million people by 2030, double current numbers.

From poverty alleviation to “rural revitalization”: Xi Jinping has declared a “complete victory” in the battle against extreme poverty, after China elevated its remaining 5.51 million impoverished rural residents. The government is now embarking on a widescale “rural revitalization” strategy to secure the gains while unlocking the economic potential of the countryside. Modernization efforts will encompass the development of agricultural industries and the rural logistics systems that connect them with cities, alongside reforms to rural land governance and improvements to the rural living environment.

Employment first: Creating jobs remains a fundamental priority, as does supporting the businesses that provide them. Policies to defer debt repayments for SMEs will continue, while large-scale commercial banks have been set a growth target of at least 30% for lending to SMEs this year. The government also targets creating more than 11 million new urban jobs each year for the next five years, maintaining an urban jobless rate of around 5.5% across the period.

Breaking monopolies: In the year ahead expect more focus on breaking monopolies and tackling unfair competition. China’s tech giants – and their use of data, algorithms, and platform rules – stand at the front lines as the authorities “strengthen regulation over financial holding companies and financial technology to ensure that financial innovations are made under prudent regulation”.

Balancing growth and reform: With no explicit growth target set in the 14FYP and a below-expectations 6% goal for 2021, the government has left more space for its increasingly serious focus on economic “quality” as opposed to speed or scale. This will entail weaning off debt and reducing reliance on fixed-asset investment to drive growth, while executing long-delayed reforms to boost household incomes and more widely open markets for land, labor and capital. The battle against pollution will also further intensify in the five years ahead.

Digital everything: Digitalization of industry remains a key strategy in China’s industrial transformation. “We will both develop digital industry and transform traditional industries with digital technologies”, Premier Li said. This will see increased investment in new infrastructure, including in 5G, blockchain, industrial internet, data, and space.

Cooling down: The 14FYP targets slashing energy intensity (measured as consumption per unit of GDP) by 13.5% and cutting carbon emissions intensity by 18% by 2025, while increasing the proportion of non-fossil fuels in China’s energy mix to 20% across the same period. To effect the transition, the government will spearhead a major push to develop new energy sources, including wind, solar, hydropower, and nuclear, while finally rolling out a national emissions trading scheme.

A muscular foreign policy: Expect continued assertiveness in foreign affairs, particularly with the US, even as pragmatism may allow for areas of renewed cooperation in such areas as climate and education. Foreign Minister Wang Yi made clear that issues of national sovereignty, led by Taiwan independence, are not open to compromise. ‘We will never allow our core interests to be infringed upon’, he said.

Laying the ground for a third term: Xi Jinping is positioned to take a third presidential term in 2023 and over the next 18 months we should see momentum build towards that outcome. Xi was singled out in the Government Work Report for “personally taking charge” of China’s Covid-19 response. His signature achievement of overseeing China’s eradication of extreme poverty, alongside programs such as the Belt and Road Initiative (BRI), rural revitalization and technology innovation will be on display at the CPC’s 100th anniversary in July.

Approaching a demographic cliff: China may get old before it gets wealthy, with an ageing population and shrinking workforce. The national fertility rate has dropped to 1.7 children per woman, on par with developed nations and well below the replacement rate. Achieving a birth rate of “an appropriate level”, as the government now stipulates, may not be simple. Look to additional urbanization, raising the retirement age and skilled migration solutions in the future. Meanwhile, as China grays, demand for quality elderly care services will boom.

New urbanization: Further reform of the hukou, or household registration, system will be launched together with the National New Urbanization Plan (2021-35). By providing migrants who move to smaller cities with urban residency and access to local education and healthcare services, the government targets increasing the urbanization rate to 65% by 2025 from around 6.6% today.

Hong Kong electoral system overhaul: A major shake-up of Hong Kong’s political system was announced, including revamping of the committee that elects the chief executive (head of the Hong Kong government) and giving it powers to select candidates for the legislature (LegCo). In addition, a new committee will be set up to vet candidates for the Election Committee, Chief Executive and LegCo. The raft of significant changes is to ensure that “patriots govern Hong Kong”, and has already drawn stern rebuke from observers outside China.

To download this report from The Brunswick Group in full, please scan the QR code below. 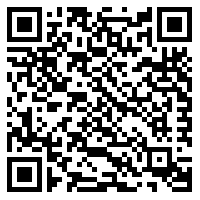 This article is from the AmCham China Quarterly Magazine. To access the entire publication for free, sign up on our member portal here.