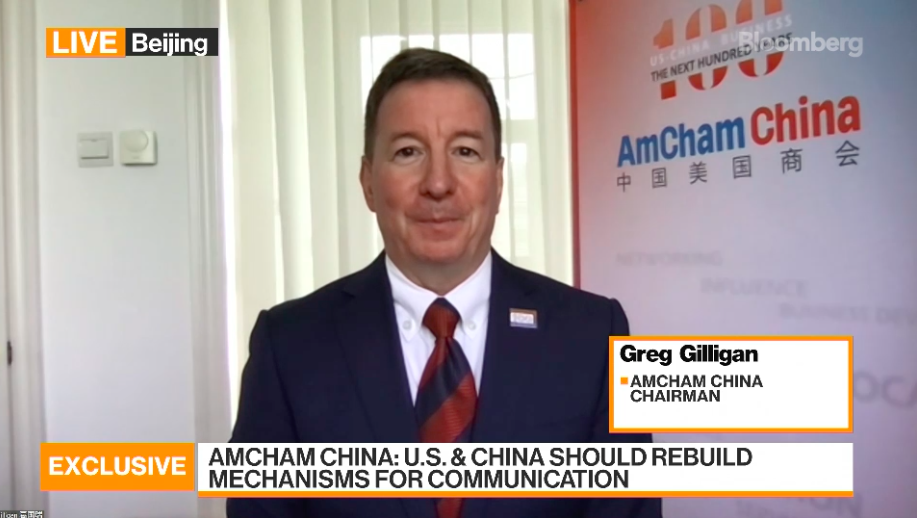 Bloomberg: AmCham China has called for both the US and Chinese governments to reduce what it calls unproductive rhetoric and to re-open lines of communications. Also, in its annual White Paper was a call for Beijing to allow foreign nationals to return to China for work. The chairman of AmCham China, Greg Gilligan, joins us from Beijing. Greg, the White Paper is out. It’s written in both English and Mandarin and it’s 564 pages. Why is it so long?

Greg Gilligan: Well, it’s long, because we want to be specific about what’s going right, what needs to improve, and offer suggestions to make that happen.

Greg Gilligan: We are focused on dealing with COVID-19 challenges, trying to manage bilateral tensions, and also how we can get our arms around new themes, which include the reasonably new Foreign Investment Law, the proposed development model China has which involves Dual Circulation, and how American business can fit into that in a way that achieves national treatment. 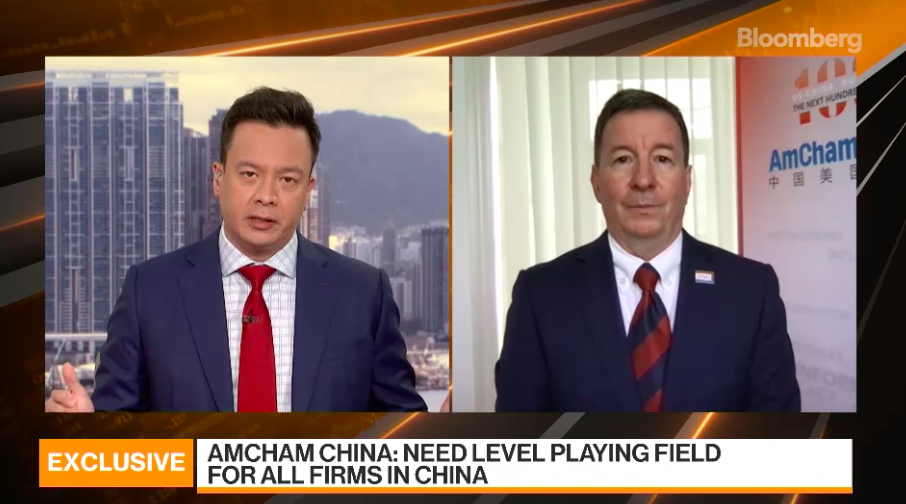 Bloomberg: The Foreign Investment Law started in January of last year. Has that improved the way business is conducted? One of the reasons it was introduced was to improve the perception of fairness, among other things. What’s the update there from your perspective?

Greg Gilligan: In China, a law is passed, and then it’s written. In other words, it’s passed into law with very broad themes and with objectives stated, and with following implementation and regulations to be determined. As we move forward, we’re trying to figure out where there are additional protections for foreign investment, and you would need to naturally offset that, though, with the idea of state-owned enterprise having their own set of regulations. When state-owned enterprise achieves certain recognition by the China government, it’s difficult to reconcile that there is absolute equity in that relationship for foreign investment, so there are all kinds of things that we need to work through to try to specify.

Bloomberg: Things move very, very slowly in China, but what many executives point to, at least, is that if you are moving in the right direction, then that’s a good start. If we measure things from the start of COVID-19 to now – that’s about 16 months – have things improved, or have they gotten worse?

Greg Gilligan: Pointing to COVID impact, we actually had survey respondents report a historical low for profitability, which was about 56% of the respondents. However, they remain optimistic, mostly because of how well China has done to manage the virus here, and to contain it. The economy is back on its feet in a robust way, and fairly quickly – much more quickly than anyone expected. Everybody got walloped during first half of 2020, but did much better towards the end of 2020. Again, there is some optimism going forward, both as to continued opening and reform measures and policies by the government, but also as to profitability. 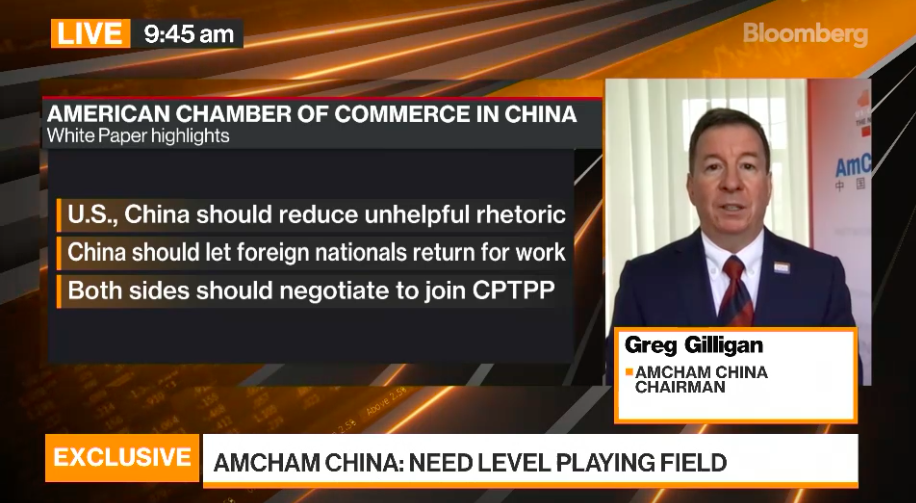 Bloomberg: A recent JP Morgan report said that the consumption recovery is coming, but it’s delayed. To your point, I think 2020 was the worst year for profits [for AmCham China members], particularly when it comes to the consumption side. It’s still quite early in 2021, but is there a sense that we’ll completely reverse that this year?

To download the 2021 American Business in China White Paper, please go to the Portal here (free for members, under the Publications tab). To join AmCham China, please contact the Membership team at membership@amchamchina.org. To purchase the White Paper directly, please click here.