A Message from the Chairman – October 2017 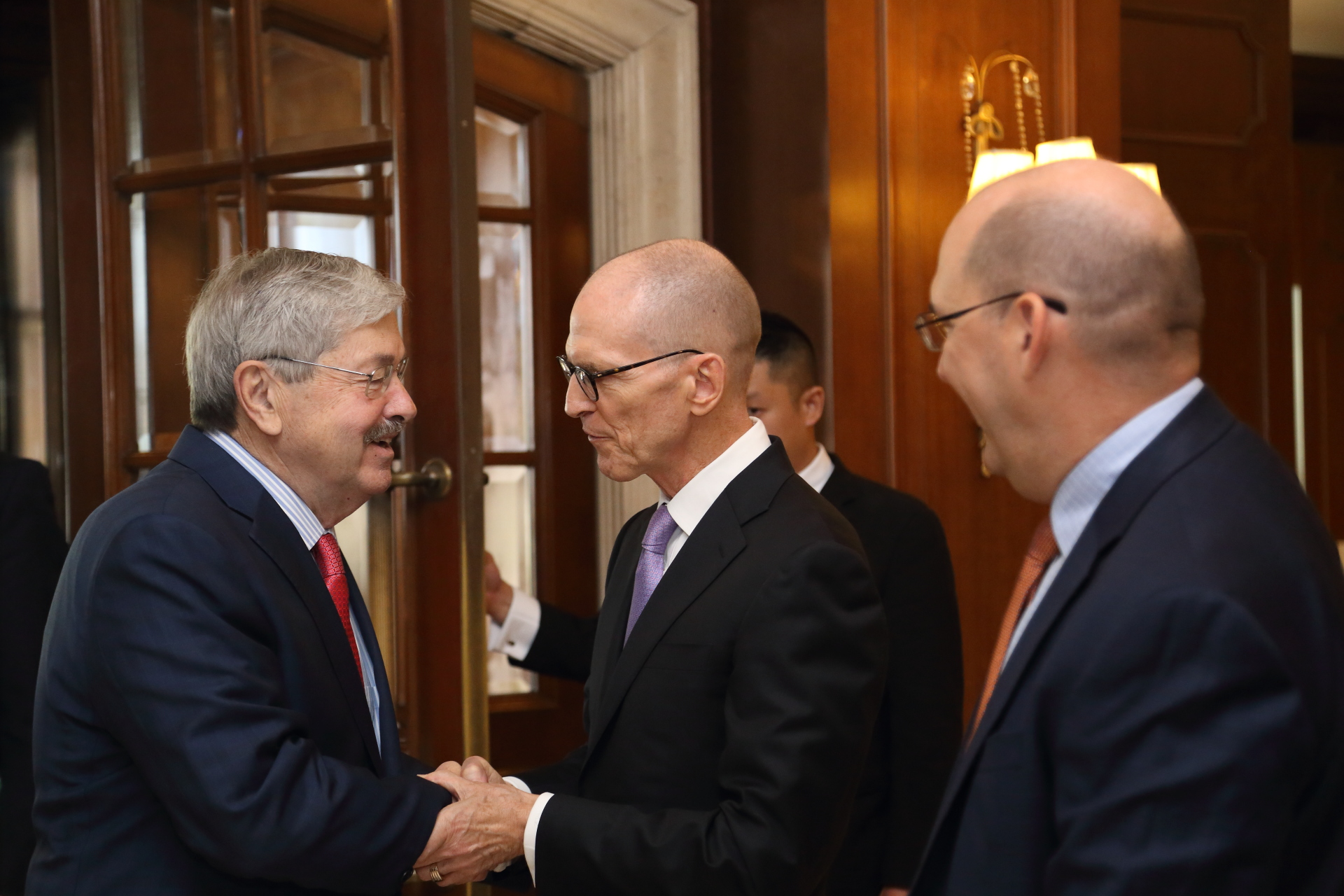 In Beijing the summer months have usually meant “slowing down” for our business community. AmCham China, however, has not lost a step, advocating on behalf of our membership throughout the summer.  Thankfully the autumn is bringing relief from Beijing’s hot summer, though AmCham China’s pace of advocacy for reciprocal treatment and a fair trade & investment environment has not cooled down.

AmCham China was honored to feature the new US Ambassador, Terry Branstad, at our Independence Day party. He and his family were the centerpiece of one of our most successful events ever celebrating America’s founding. In addition, at a separate event, AmCham China members joined other members of the business community to officially welcome US Ambassador Branstad. His frank comments at the luncheon calling for a level playing field for US business encouraged attendees, and showed us clearly that we have a strong advocate at the helm of the US Embassy. Late in September AmCham members also discussed bilateral economic issues with official visitors to China — US Commerce Secretary Wilbur Ross, and a Congressional delegation led by the leaders of the House of Representatives China Caucus, Rick Larsen (Washington State) and Darin LaHood (Illinois).

Similarly, AmCham China organized meetings for its members with more than 20 Chinese Government agencies to discuss the annual White Paper, the Business Climate Survey, and members’ specific business issues. In addition, AmCham China continues to organize Business Investment Outreach trips for our members to meet with Chinese local and provincial government officials and business leaders to further our members’ business interests. I had the opportunity to lead a delegation to Xi’an and Yangling in Shaanxi Province, a focal point of the Belt and Road Initiative and a hotspot for high-tech agriculture. Although delegation members came from various industries, we made sure to organize events to meet the business needs of each delegation member.

Also, AmCham China significantly deepened its relationship and cooperation with Shandong Province. Vice Governor Ren Airong visited our office this summer to discuss plans for our 55-member delegation to Jinan in September.  Highlights of the strategic dialogue included meetings with provincial Party Secretary Liu Jiayi and Governor Gong Zheng, at which the Shandong officials got to know our members and their companies. It was an extraordinary opportunity in China’s third largest provincial economy.

As we head into the Communist Party National Congress amid the uncertainties in the US-China economic relationship, we should not underestimate the efficacy of AmCham China’s advocacy on behalf of its membership through meetings with US and Chinese Government policy makers, including through our Business Investment Outreach delegations. Continuing the pace, we look forward to the many upcoming events, topped off by our December 1st Appreciation Dinner. I look forward to seeing you, and continuing to advocate on your behalf.