A Prescription for Growth 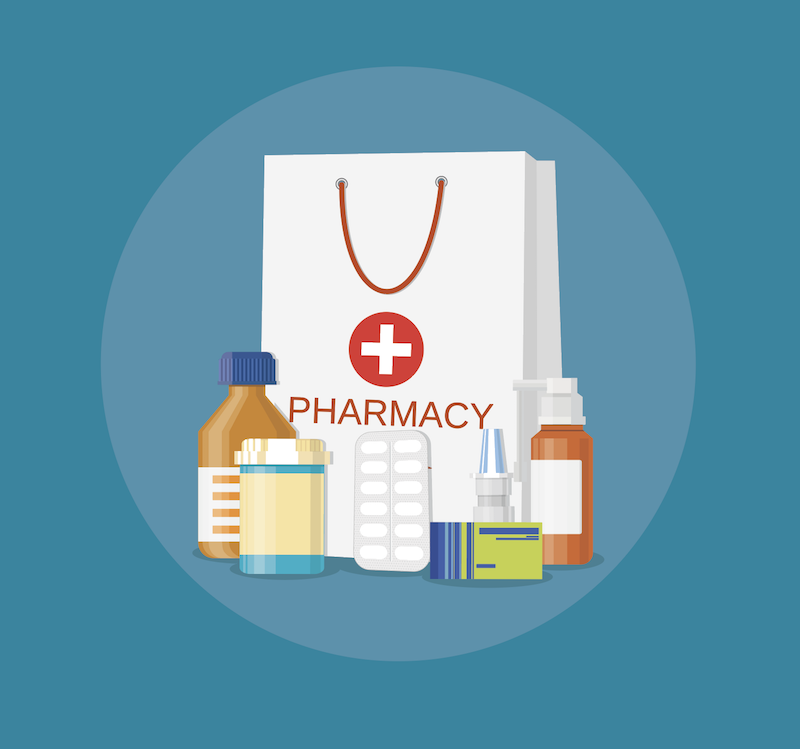 For foreign pharmaceutical companies, China’s enormous market has long been an enticing target. Driven by China’s rapidly aging population, increasing rates of chronic health problems, and a growing middle class willing to shell out money on high-end pharmaceuticals, demand for healthcare products has boomed in recent years. The prospect of carving out a sizeable share of the world’s second-largest pharmaceutical market has prompted dozens of foreign drug firms to set up shop in China, despite stiff domestic competition and onerous administrative obstacles.

This eternal flame of optimism, long flickering in the winds of government whimsy, seems to be burning a bit brighter lately for foreign pharmaceutical companies operating in China. Barriers that have held growth at artificially low levels are likely to soon be reformed, and firms are eagerly anticipating policy changes that will improve consumer access to innovative medicines.

For all its commercial potential, then, China has remained a challenging business environment for foreign drug makers. According to the US Department of Commerce, generic drugs make up an estimated 64% of total pharmaceutical sales in China, compared to just 22% for patented products.[1] With generic drug prices undercut by domestic competitors and innovative products stuck in bureaucratic limbo, MNCs have struggled to capture significant market share in China. According to CKGSB Knowledge, foreign pharmaceutical sales growth has declined precipitously, from 20% in 2013 to just 5% in 2015, leading some MNCs to reevaluate their initial enthusiasm about the Chinese market.

A Tough Pill to Swallow

The release of innovative medications, usually the bread and butter of drug companies in developed markets, has proven problematic for foreign pharmaceutical firms. New treatments have been subject to a lengthy approval process, often requiring several years to complete. The approval system is staffed by an overburdened administration, inadequate for processing the immense backlog of applications. As a result, a relatively small number of companies include China in their global product launch strategy.

In 2014, however, Beijing began to roll out a bevy of reforms aimed at correcting the systemic flaws in China’s healthcare system. Some of these reforms were heavily influenced by increasing public demands, probably as a result of embarrassing headlines generated by quality issues with health products. Varied in type and scope, these new policies seem poised to shake up the market, perhaps with long-term implications for foreign pharmaceutical firms.

A Dose of Reforms

In 2015, the Chinese government vowed to implement more stringent quality requirements for domestic drugs in order to address the proliferation of substandard medications.  “There’s a very big push between now and 2018 to standardize all generic drugs,” said Douglas Corley, of the Beijing Health Forum. Full implementation of this policy objective will likely spell the end of the road for hundreds of small Chinese producers unable to meet the costlier demands of compliance.

However, this may not represent an opportunity for MNCs to fill a quality vacuum. With the elimination of competitors, Chinese firms that survive the cull may be better positioned to offer high quality generic drugs, still at relatively low prices, further dulling the competitive edge of MNCs touting the superior safety of their products.

"China’s ongoing attempts at reform may bring much needed relief to millions of people and to the beleaguered healthcare system as a whole. For foreign pharmaceutical companies, however, the prognosis is far from certain."

While MNCs may continue to struggle to make gains in the generics market, Beijing’s recent reforms may cut through the red tape holding up innovative, foreign-produced drugs. In August 2015, the China Food and Drug Administration (CFDA) announced its intention to streamline the approval process for new drugs, push through the existing backlog of applications, and impose a time limit during which all new applications would be definitively approved or rejected. Once implemented, these changes will likely open the country to a greater number of innovative drugs and make the Chinese market more closely resemble those of more developed countries.

Some, however, have made the case for circumspection. Kent Kedl, Senior Managing Director of Control Risks Asia Pacific, remains cautious in his evaluation of China’s promises to cut down the bureaucracy associated with new treatments. “Streamlining is always a relative term in China,” remarked Kedl. “You have to look at it compared to the last year or compared to the last six months.”

Moreover, Kedl points out, measures designed to allow more innovative foreign drugs into the market could, eventually prove just as beneficial to rapidly developing Chinese competitors. An increased focus by state and private actors on strengthening the research and development capabilities of Chinese pharmaceutical firms may soon erode the comfortable advantage currently enjoyed by MNCs. “You also see a move for Chinese research institutes, Chinese companies, universities moving into the drug and device innovation side of things,” commented Kedl. “I wouldn’t be surprised if 15 years from now China was a powerhouse, a global superpower in healthcare innovation,” he said.

China’s ongoing attempts at reform may bring much needed relief to millions of people and to the beleaguered healthcare system as a whole. For foreign pharmaceutical companies, however, the prognosis is far from certain. Growth and profitability will likely depend on the capacity of individual firms to respond efficiently to new market opportunities and to adapt quickly to changing regulatory realities.

The glacial pace of approval by the CFDA is not the only buereaucratic barrier for pharmaceutical firms seeking a slice of the Chinese market. Approval is only the first step for a drug; in order to become commercially available throughout China’s public hospitals, which treat 90% of patients and account for 70% of prescription sales, the drug must make it onto the National Drug Reimbursement List (NDRL).[2] In negotiations with the Chinese government last year, some firms were asked to take a significant price cut on their products in an apparent quid pro quo. The NDRL is set to be updated for the first time since 2009 with a number of new drugs, likely within the first few months of 2017. While it is rumored that 130 chemical drugs will be approved, there is no certainty about which drugs will make the final list.

Along similar lines, reforms to provincial tendering systems, such as removing price caps for pharmaceuticals and opening the bidding process for hospital contracts to foreign firms, may be less helpful than they initially appear. According to Lawrence Huang, the Vice President of Government Affairs and Market Access at AstraZeneca.these measures will probably not drastically alter the status quo. “Only in a few cases, in some special situations, are drug prices higher than the original ceiling price that was set before. But only a very, very few,” Huang said. “Normally because the tender process is controlled by the [Ministry of Human Resources and Social Security], the hospitals control the trade, so the impact is not so significant.”

Even the drugs that are already on the NDRL must jump through additional hoops. Pharmaceuticals must go through a multi-tiered tendering system to secure a government bid and subsequently negotiate with hospitals. "The tenders are indeed relatively chaotic,"  Ding Lieming, chairman and chief executive officer of Chinese drugmaker Betta Pharmaceuticals Co., told Bloomberg News. "Once isn’t enough – after the provincial tenders, cities also have one round of price negotiations, and then another round at hospitals."[3]

Even though the tendering system is designed to give more power to clinical groups and stakeholders in the negotiating process, and to make drug prices more dependent on “real market forces,” hospitals often find the negotiations an additional burden on their already strained resources. A further squeeze comes in the form of newly introduced reimbursement caps from government-led insurance funds, which aim to ensure public hospitals have high incentives to fiercely negotiate for low prices with companies.

However, by the first year of the changes, 2015, many public hospitals had hit their reimbursement caps, and had to curb prescriptions of more expensive drugs as well as in-house procedures, Joseph Cho, who works for an industry group representing foreign drug companies in China, told Bloomberg News.[4] Hospitals may prefer to buy cheaper and lower quality drugs if it means they can serve more patients.

Helen Zhang, head of pharmacy at the Beijing United Family Hospital, describes this system as both time-consuming and administratively costly. Zhang also believes these changes will be a boon to hospitals and the patients they serve. Innovative drugs will be more affordable than ever, she says, especially as these drugs come within the financial reach of a large number of self-pay patients.

Although foreign pharmaceutical firms may have to alter their business model to fully capitalize on these changes, some view these reforms as a golden opportunity for MNCs that have been disappointed by their China profits. “[T]he message to multinational companies is ‘look to your innovative drugs. Don’t focus too much on your generic business because you will get destroyed there,’” said Huang. “One door has closed, but a window has opened […]. We have to transfer from generics more to innovative drugs like the US or European market.”

In addition, studies of healthcare and development data have demonstrated that spending on healthcare is a normal good, meaning demand increase as income increases.[5]  Moreover, analysis of OECD data indicates that 90% of the increase in healthcare spending is attributable to rising per capita income.[6] In essence, when people get richer they will spend proportionately more money on their own health.

However, according to World Bank data, China’s 2014 total healthcare expenditures were only 5.5 percent of GDP, less than half of what the OECD was spending at similar levels of development. In addition, China’s spending on pharmaceuticals in 2016 was only $78 per capita, well below the $260 that OECD citizens were spending when their income was the same as China’s.[7]

If pharmaceutical companies can overcome the non-market barriers that seem to be holding back the floodgates of healthcare spending in China, inelastic demand might take care of the rest.

The political will to meet these challenges and to improve healthcare provision, however, does seem to be present at the national level. Indeed, healthcare and life sciences have been identified as a major strategic industry to drive economic growth in both the 12th and 13th Five-Year Plans.

As China hopes to expand its social safety net and reduce regional inequalities, making improvements in healthcare is a natural target. In light of the promised reforms and the enormous potential of the under-spending Chinese market, the outlook remains cautiously optimistic. The delicate balance between price, quality, and availability of drugs will remain a struggle for foreign pharmaceutical companies operating in China, with the omnipresent promise of a small slice of a big pie.

Aaron Kruse is the content editor at AmCham China

Beata Cichocka and Joe Mazur are interns at AmCham China