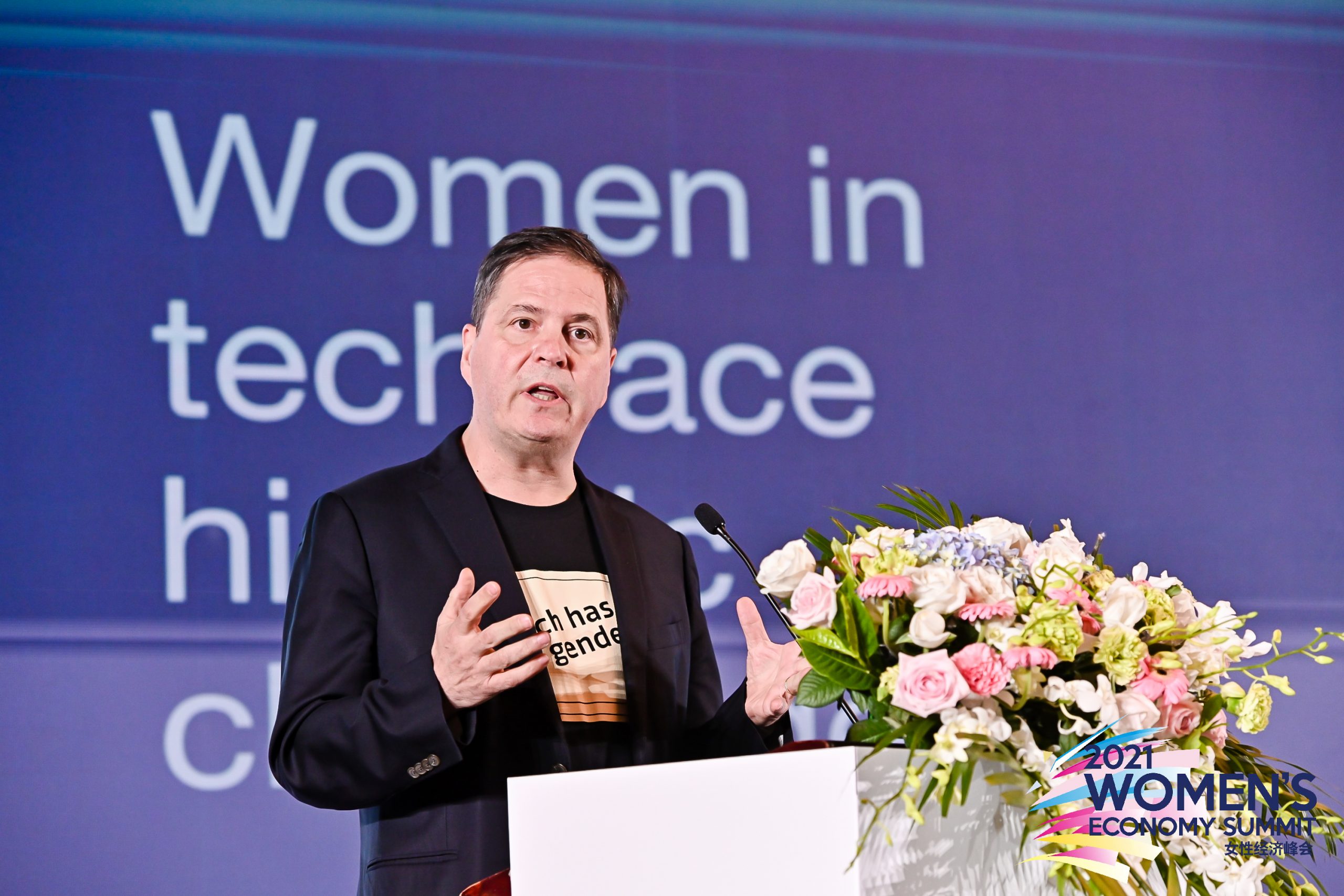 Alain Crozier on What Makes an Effective Male Ally

AmCham China spoke to one of the featured speakers of the 2021 Women’s Economy Summit, Alain Crozier, Corporate Vice President, Chairman and CEO for Greater China at Microsoft, about what makes an effective male ally, best practices to promote female empowerment in the workplace, and the impact of COVID-19 on women.

Who are the female leaders you look up to, and what leadership lessons have they shared with you?

Alain Crozier: My childhood mathematics teacher had a way of getting the best out of people. She pushed the top students to support others, saying “If you are better and wield some power, your job is to empower somebody else. It’s not only about getting high marks.” Although I didn’t understand this at the time, it was a great leadership lesson.

The Summit also recognizes male allies. What does that term mean to you, and how do men become effective allies both at work and in life?

Alain Crozier: An ally is a person who makes an intentional decision to understand, empathize, and act in support of others. For many, particularly men, this is not a natural state of being. Often, we are unaware of the complexities of other people’s needs, instead charging ahead uninformed and leaving others to deal with the consequences. Let’s acknowledge the limits of our own perspective, and recognize unconscious and systemic biases. Being an ally requires one to reflect, re-think, and re-learn.

Could you highlight some of the efforts that Microsoft has implemented to empower women?

Alain Crozier: We provide many avenues for employees to gain understanding of themselves, contribute to our collective knowledge, and create practical tools to encourage inclusivity. The expectation is that all employees will play a role in making Microsoft a more diverse and inclusive company. Today, we have countless programs across all departments and levels aimed at encouraging diversity, equity, and inclusivity. From offering inclusive benefits for all life phases and family styles, to regular sessions for employees to speak about individual experiences and share perspectives, to programs like our Ada Workshop, Girls Who Code, and the Greater China initiative, Women·Digital·Future (WDF), we are committed to increasing opportunities for women at our company and in the wider STEM field.

Diversity is a core priority in our performance expectations and development approach. Part of my compensation is tied to performance on diversity and inclusion and I am proud to report that Microsoft China has one of the best female representation ratios worldwide.

Although many women have been disproportionately affected by the pandemic, findings show that COVID-19-related outcomes were systematically improved in countries and states led by women. Why do you think that is?

Alain Crozier: New Zealand Prime Minister Jacinda Ardern and German Chancellor Angela Merkel had remarkable early success with the pandemic response, for example. We know that inclusivity leads to better outcomes in most circumstances. The fact that these countries had female leaders to begin with could indicate more inclusive politics and culture. That inclusivity means a wider range of information sources, and leaders with the humility to listen to outside voices. Being aware of people’s fears, having concern for general wellbeing, and confidence to make the right call. While these interpersonal skills could be assigned as stereotypically feminine characteristics, they are essential skills.

Contrast that with the traditional idea of a “strong leader,” one who projects power and acts aggressively. We need more leaders committed to listening and learning, who display honesty and integrity, understand and empathize with the people they represent, and communicate effectively.

From your perspective, which areas of this issue do you see as most developed or forward-thinking in typical Chinese workplaces and what are some of the areas in which further progress needs to be made?

Alain Crozier: Labor laws are generally supportive of women in the workplace, particularly as it applies to raising families. But gender stereotypes are still widely normalized in both workplace and culture more generally. I think a more diverse and inclusive perspective, especially in the workplace, empowers a lot more people who don’t necessarily fit the stereotypes, and that’s something I feel we should aspire to and, in fact, will make us a more successful business.