All Eyes are on the RMB 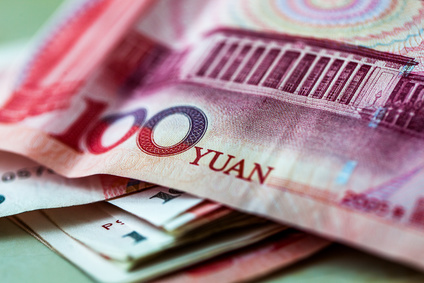 2015 was a big year for the renminbi (RMB). The 100 yuan note got a new look in the fall, with anti-counterfeiting updates to the 2005 bill such as extra embossing and a touch of gold. But of far greater importance was the announcement in November by the International Monetary Fund (IMF) that it would add the RMB to its Special Drawing Rights (SDR) basket of global reserve currencies.

Starting Oct. 1, 2016, the RMB will join the likes of the US dollar, British pound, Japanese yen and euro as part of the SDR basket. SDR is unlike any currency; rather SDRs can be bought and sold to alter the composition of a country's global reserve portfolio. When an IMF representative for China spoke at AmCham China in 2015, he noted that few people had even heard of the SDR basket before the announcement. The direct implications of the RMB's addition to it will be limited, he said. “What it means is all eyes are on China,” he pointed out in a presentation.

What the world is seeing from China so far is a number of important reforms leading up to the IMF's decision and taking place in the wake of it, the results of which are uncertain for American business in China and beyond.

“As the RMB becomes more immersed in the global financial system, the potential for trouble spills across borders,” said Liu Qiao, Associate Dean and Professor of Finance at Peking University. “Even for companies that primarily focus on their own domestic market, understanding China can help mitigate this kind of potential systematic risk.”

The IMF's decision to add the Chinese yuan to its portfolio will likely be widely replicated by central banks, fund managers, global investors and individuals, dramatically increasing capital inflows in the long term. The total expected capital inflows to the RMB  – from the IMF to public and private investors – could reach hundreds of billions of US dollars in RMB assets by 2020.

“This is something that affects every single business in China,” said Shawlin Chaw, Senior Analyst for Northeast Asia at global risk consulting firm Control Risks. “This decision could have a significant impact on foreign companies heavily involved in cross-border trade, those with substantial financial outlays to be covered locally or companies with funds that need to be repatriated and converted into foreign currencies.”

The path to the basket

The IMF was conceived during World War II to coordinate international monetary policy and lend money to countries to ensure the continuity of international trade. One mechanism was the SDR reserve currency, which was created to reduce the global shortage of reserve assets and revive the post-war economy.

The original IMF reserve currency was pegged to the value of the US dollar, but that changed when President Richard Nixon took the dollar off the gold standard. Soon a diversified SDR basket of 16 currencies replaced reliance on just one. By 1980, the SDR was reduced from 16 to five major global currencies. And finally, the euro replaced the Deutschmark and franc as reserve currencies in 1999, bringing the SDR basket to four currencies, which it has been ever since.

In August 2015, the IMF Executive Board recommended that the RMB be included in the exclusive SDR basket for the first time. This new policy will not be implemented until Oct. 1, 2016, to allow sufficient lead time for the Washington-based IMF and its 188 member countries to adjust the composition of their reserve portfolios to include the RMB.

“The Executive Board's decision to include the RMB in the SDR basket is an important milestone,” said Christine Lagarde, Managing Director of the IMF, during the official meeting Nov. 30. “The inclusion of the RMB will enhance the attractiveness of the SDR by diversifying the basket and making it more representative of the world’s major currencies.”

Indeed, the RMB has been historically underweighted in international financial institutions. According to the People’s Bank of China (PBOC), foreign central banks hold about RMB 600 billion of assets in Chinese yuan, which is just under 1 percent of global reserves, while China accounts for over 15 percent of global trade. The RMB's inclusion in the SDR is an attempt to reconcile this imbalance. Other currencies are also underweighted, but to a lesser extent than the RMB.

Not just any currency can be included in the SDR. The IMF has three basic conditions: that the currency be freely usable, widely traded and stable. In other words, it needs to be the currency of a major exporter, commonly traded in principal exchange markets and widely used to make payments for international transactions.

To meet these criteria, China deepened reforms to its monetary and financial systems that are consistent with the broader trend toward marketization and liberalization of the Chinese economy.

One specific reform was the issuance of three-month treasury bills from the Ministry of Finance since Oct. 9, 2015. In addition, the People's Bank of China widened the daily trading band between the RMB and USD from 1 percent to 2 percent. On Jan. 7, the bank further liberalized the quotation mechanism of the central parity of RMB against USD that ties each day’s fixing to the previous day’s market close value. Finally, capital account liberalization will continue towards a regime of “managed convertibility,” with recent progress in the removal of a deposit rate ceiling, according to the IMF. In total, these reforms mean that on a day-to-day basis, the RMB rate can now be determined by the market.

These recent reforms tied to SDR inclusion are positive developments for American business in China because they will encourage international investors to look to the Chinese market for new opportunities and represent further liberalization of the Chinese economy. However, challenges include increased market volatility and exchange rate fluctuations.

RMB will now be in more people’s hands, perhaps for the first time. As foreign investors hold more RMB, they will look for new investment opportunities within China. Investment managers will also seek to diversify their portfolios to include more holdings of RMB-dominated assets. This provides real opportunities for foreign-invested enterprises in China.

Haibin Zhu, Chief China Economist and Head of Greater China Economic Research at J.P. Morgan, notes that “the role of RMB in global reserve assets could rise” and predicts, “Reserve managers will gradually increase their holdings of RMB-dominated assets, possibly reaching 5 percent (from the current 1 percent), which could result in an inflow of $350 billion during the next five years.”

Traditionally the Chinese financial marketplace has been dominated by four massive state-owned banks, with the People's Bank of China dictating monetary policy. China has long restricted the ability of businesses and individuals to transfer funds in and out of the country, a hindrance to foreign enterprises.

The expansion of the RMB Cross-border Interbank Payment System (CIPS) is an easy extension of recent reforms signaling the government's willingness to experiment. One was launched as a pilot in Shanghai on Oct. 8, 2015. Further expansion would particularly benefit American businesses in China by cutting international transaction costs and processing times, facilitating greater foreign investment into China and allowing greater capital convertibility.

Another hope surrounding the SDR inclusion is that China will use the reforms already undertaken as a catalyst for further fiscal or financial system reforms. Economic reforms typically proceed incrementally in China, in accordance with the ancient proverb of “crossing the river by feeling the stones.”

Reforms are far from certain and effects might not all be positive. “SDR inclusion is a double-edged sword,” said Randy Phillips, Partner at the Mintz Group and Vice Chair on AmCham China’s Board of Governors. “While we applaud reforms that got us to this point, there is real room for obfuscation.” He cites Chinese World Trade Organization agreements that were breeched without consequence in the mid-2000s as precedent. The monetary reforms China has undergone so far could easily be reversed even as the RMB remains an IMF reserve currency.

Before the modest reforms China underwent to be considered for SDR inclusion, its policy of market intervention, use of capital controls and prioritization of exports resulted in the RMB being significantly undervalued. As the PBOC loosens its grip and gives market forces a greater role to determine the value of the RMB, and China continues monetary policy and financial systems reforms, increasing volatility in the Chinese market is inevitable.

One example of the costs of increasing volatility in the exchange rate was the “Black Monday” global stock market crash in mid-August. Throughout 2015, the RMB to USD exchange rate remained remarkably stable, hovering around 6.1 percent. Suddenly, China undertook the unprecedented and unannounced reform measure of eliminating the USD/RMB sport rate and the daily fixing rate. This spooked global markets which misperceived the move as a signal of forthcoming RMB devaluation. “Black Monday” resulted in a 1.8 percent jump in the USD/RMB exchange rate while the US stock market suffered its biggest sell-off in four years and the Shanghai composite index plunged 8.5 percent in one day.

“Communication matters,” Phillips said. “The Chinese government learned that lesson the hard way. We have to consider the larger context of the Chinese economy which is adjusting to the New Normal of reduced economic growth.” Phillips added that further fluctuations are inevitable, but he believes the volatility will be managed and controlled going forward.

The symbolism of SDR inclusion is also important. In the context of new Chinese initiatives including the Asian Infrastructure and Investment Bank, One Belt One Road and the New Development Bank (formerly BRICS Development Bank), SDR inclusion represents another step China is taking to project its financial power and reshape the global economic and financial landscape.

“China’s desire to get its currency included in the SDR is mainly driven by politics and prestige,” said Chen Long, China Economist at Gavekal Dragonomics. “It is a diplomatic coup, symbolizing China’s emergence onto the global stage.” SDR inclusion is essentially an official endorsement from the IMF of President Xi Jinping’s economic reforms and validation that the RMB is a freely usable and widely traded, stable globally relevant currency.

In the short to medium term, Long wrote the ascent of the RMB into the basket of international reserve currencies is “unlikely to lead to an immediate change in China’s capital flow dynamics, and will not trigger immediate capital inflow into RMB assets.” This will more likely lead to renewed interest in the potential of the Chinese market, as more investors hold more RMB. The move will also resolve day-to-day currency logistical issues for foreign businesses in China.

Recent events including stock trading suspensions and sharp declines in Chinese stock markets have caused international investors to fear that China is engaging in a competitive devaluation to boost growth. As with the “Black Monday” event in August 2015, this could be another misperception fueled by poor communication between the Chinese central bank and international investors.

Another, more optimistic explanation for the recent volatility in Chinese stock markets is that China is committed to financial reforms required for SDR inclusion. China is willing to tolerate volatility by not intervening and allowing significant decline against the USD. It is unclear whether China will revert to its former policy of currency manipulation or stay the course with monetary and financial policy reforms that would result in increased market-based volatility in the future.