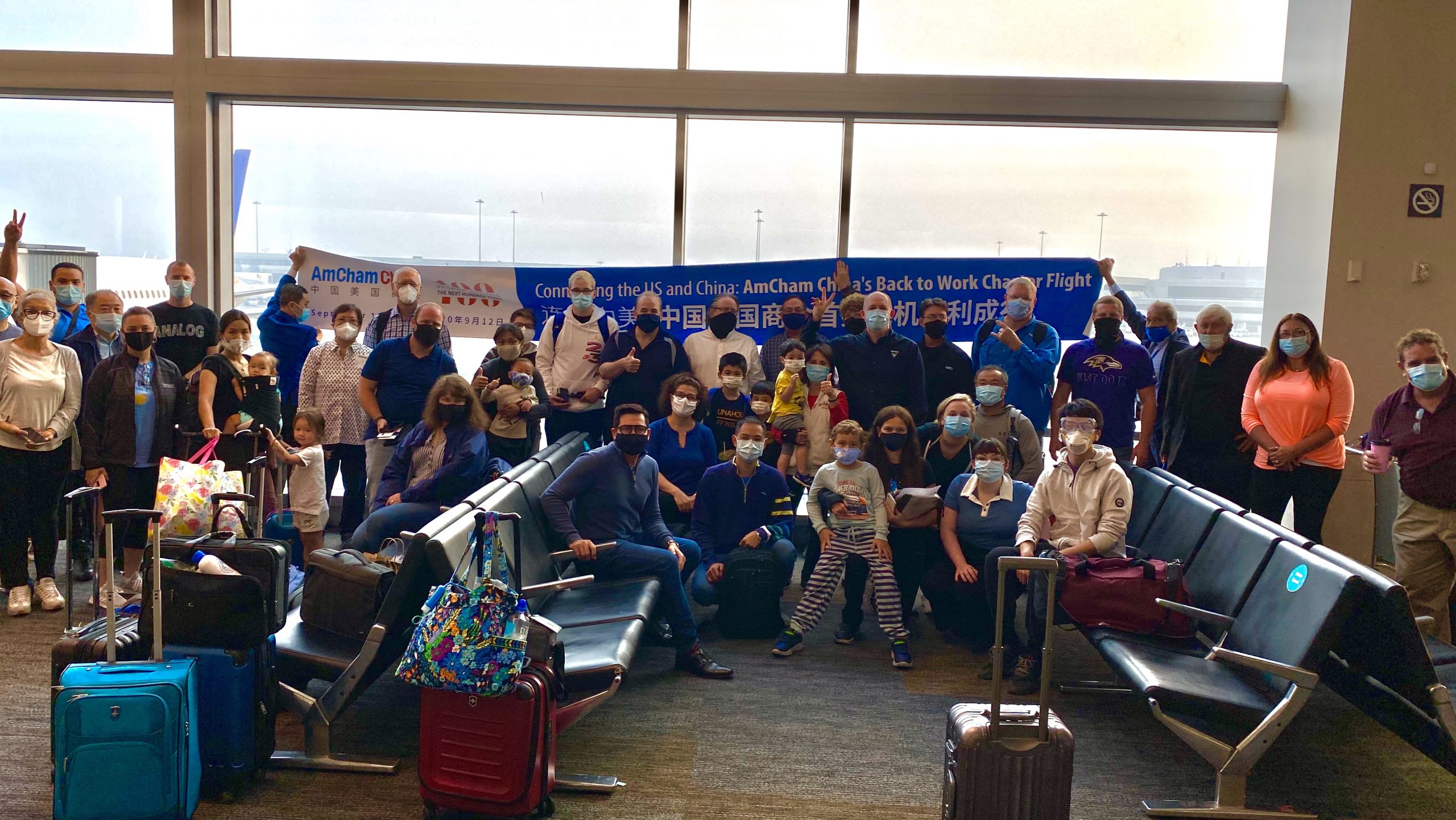 The charter flight – a Boeing 787-9 aircraft – has been months in the making since China first effectively closed its borders to foreign nationals at the end of March. Since that moment, the Chamber has led extensive efforts to bring member executives and their families back to China, first through surveying the wider membership to find out where the most members were located, and then through lengthy negotiations with key stakeholders, most notably the Beijing government, who gave the green light for this charter flight at the end of August.

“We are thrilled to support so many members’ journey back to China, so that they can resume their work and lives here,” commented AmCham China President Alan Beebe. “This charter is the culmination of tireless efforts from across the Chamber and our partners, not least the many productive meetings with Chinese government officials at which we continually stressed the importance of getting our members and their families back home to in China, as well as the major efforts from many of our staff in overcoming the immense challenges to make this flight a reality. We are also proud that the Beijing government chose our flight as the first charter to fly directly into the capital.”

The passengers, who ranged in age from 0 to 81, posed to take a group photo at the boarding gate in San Francisco International Airport, before taking off shortly after 9am local time on Saturday September 12 for an 10.5-hour flight to Narita International Airport to allow for a planned crew change. The passengers stayed on board in Tokyo, before the same aircraft completed the final leg of the journey, arriving into Beijing International Capital Airport at 3:09pm on Sunday September 13. WiFi was provided complimentary for the duration of the flight to all passengers, who were all either AmCham China members or their extended families.

After successfully completing their health checks and smoothly passing through an efficient customs and arrival process, the passengers were transported in seven buses, and provided with a police escort, to a designated hotel in Beijing, where they will spend two weeks in quarantine, as mandated by Beijing government rules. The Beijing government has since confirmed that all passengers tested negative for COVID-19.

AmCham China’s Back to Work Charter Flight was the result of months of planning, which began with four monthly Flash Surveys on the business impact of COVID-19, which repeatedly emphasized that global travel restrictions were a key challenge among member companies. Further surveys painted a picture of Chamber members stranded all around the world – not just in the US – and of those in the US, members were spread out across the country. Based on that data, San Francisco was then selected as the departure city, and a date was confirmed. Since that point, the Chamber has stayed active in completing numerous logistical challenges, as well as facilitating the visa process for several passengers through coordination with various Chinese Embassies and Consulates.

Additionally, the Chamber submitted a letter to several key Chinese ministries in April advocating for the safe return of executives, and helped close to 80 members successfully receive invitation letters, known as PU letters, in the first wave of issuance in July. The Chamber also circulated guidance among its members as to how to apply for PU letters, which were necessary for foreign nationals to apply for a re-entry visa, and had continually lobbied the government for the importance of allowing crucial support staff, such as teachers, to return to China, alongside company executives. With this important milestone now completed, the Chamber hopes all remaining members can return to China as soon as possible.