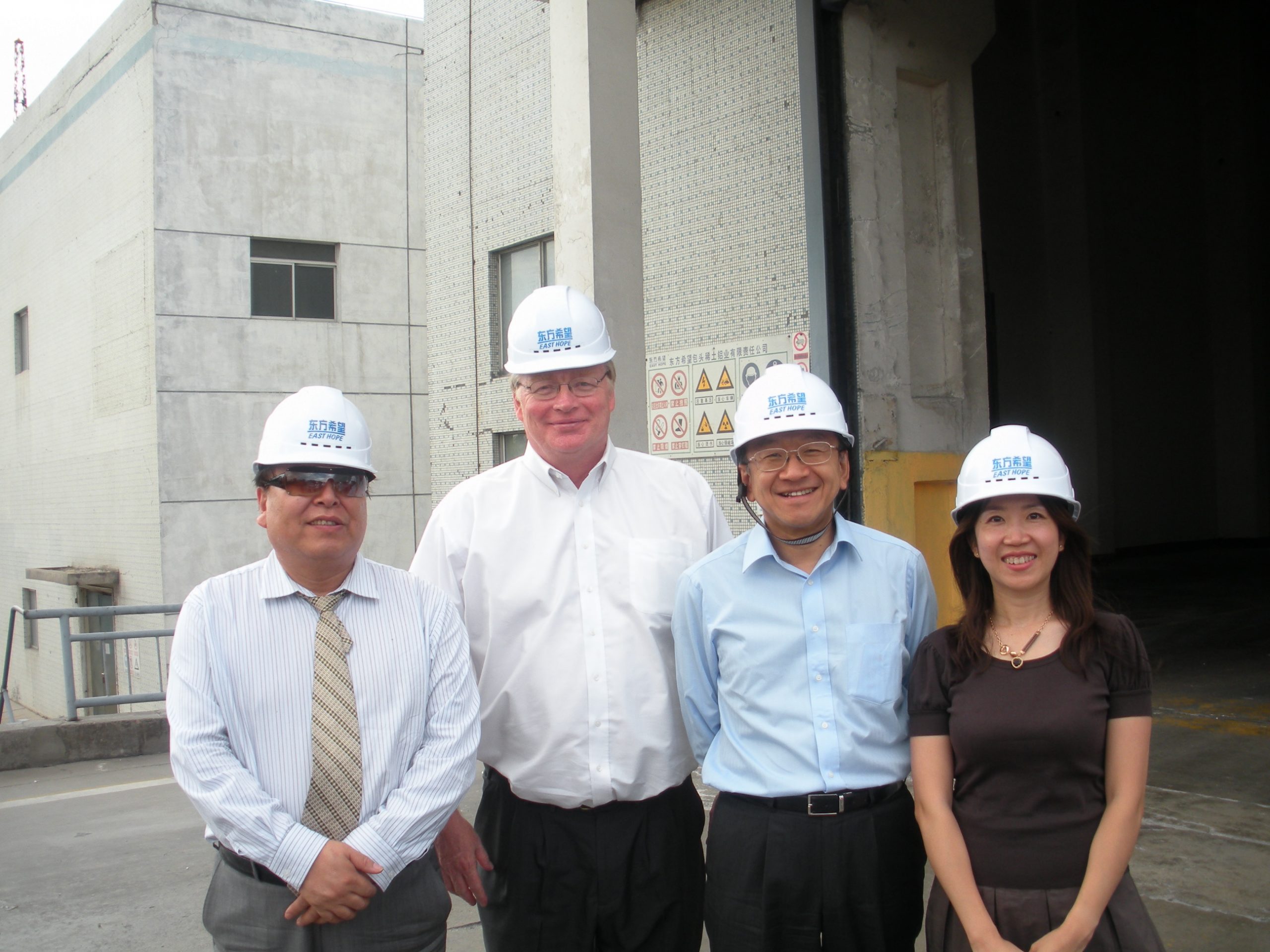 Most of AmCham China’s members live within driving distance of one of the chamber’s offices, enjoying the chance to meet regularly with old friends and extend their local networks. But for Michael Drury, who lives 6,709 miles (10,800 kilometers) from his nearest chapter office in Shenyang, the value in his membership is being able to get a feel for the real China beyond the well-known cities.

“I’m just trying to keep up with China rules, which are a lot different from what those in the US understand are the rules,” said Drury, who is Chief Economist for Memphis-based McVean Trading & Investments. “It’s about spending time away from Shanghai, Beijing and Hong Kong, because that’s not what China is about these days. It’s about taking the trips to other parts of China, talking to the people on the bus, keeping me in the moment.”

While the Beijing-based chamber already has offices in Tianjin, Dalian, Wuhan and, from last year, Shenyang, it is also active in connecting members to local governments around the country. It does this by targeting regular conferences as well as by specially arranging trips based on member preferences. Every year the chamber surveys its members on which provinces they would most like to visit, and the most popular are chosen as venues for the Business and Investment Outreach (BIO) trips.

Drury himself has been on 10 such excursions, which help him provide more well-rounded advice to colleagues and clients on the agricultural commodities markets. He has never lived in China, and when he visits, it is often on an AmCham-organized trip.

“I talk to my boss about ‘China Time’ and how things move much more quickly in China,” he said. “If I don’t go every three to six months, you can easily lose track of the pace of change. Chengdu now has the largest building in the world by floor space – I’ve been in four buildings in China that could make that claim at the time I visited them, and larger ones are being built all the time.”

Each group, numbering between 10 and 40 people, usually takes in two or three cities over the course of four days, including meetings with provincial and city leaders, inspections of development zones and visits to local companies. The aim is to build an understanding of the investment environment and local policies and to make the right connections to get business done.

Regional conferences also attract a lot of attention, such as the annual China International Fair of Investment and Trade in Xiamen. At the 2015 Expo Central China, an AmCham delegation met with Hubei Vice Governor Gan Rongkun to discuss foreign investment and the interests of the chamber’s Central China Chapter members in the province.

AmCham China Governor and President of Universal Ideas Consultants Ira Cohen has already visited every province and major city in China during 30 years of engagement with China, but still finds the trips useful for getting an even deeper understanding of how China works. He found visits to Gansu and Heilongjiang provinces revealing in terms of the levels of infrastructure and human resources development.

He was particularly impressed by the practical benefits coming out of a trip to Tianjin. Members had a chance to address their issues directly with Vice Mayor Ren Xuefeng (now Party Secretary for Guangdong province), who on the spot introduced colleagues who could resolve them. It was also in this meeting that Cohen got a scoop.

“The free-trade zone was unofficially announced ahead of media and government announcements,” Cohen said. “Timely access to information should not be discounted and can contribute to competitive advantage.”

Also getting tangible benefits from the chamber’s provincial outreach is AmCham China Chairman’s Circle member company Terex. It was among the exhibitors at the 2015 Expo Central China, held in Wuhan, having taken advantage of free exhibition space offered to AmCham China members thanks to the chamber’s long-term support for the expo.

It was the second time that that Ken Lousberg, President of Terex China, had been to Wuhan to drum up interest in the company’s aerial work platforms, cranes and port equipment. Wuhan, already the sixth largest city in China, is developing rapidly as an energy and transportation hub, requiring substantial investment in infrastructure. The previous year he’d established some strong connections during an AmCham China-sponsored trip, and strengthened those relationships on his subsequent visit.

“For us, government relations is aimed at helping top-line growth, so we really value AmCham China’s help in setting up senior official meetings at the local level,” Lousberg said. “Where we don’t have offices, these trips mean we can physically be there, and our association with AmCham China definitely helps us build our potential customer pipeline in those places.”

The chamber usually arranges three BIO trips a year, plus visits to  various investment conferences held around the country. But for some, it’s still not enough.

“These trips give me experience I couldn’t get any other way,” said Drury. “I don’t speak Chinese, so there’s no way I’m doing it on my own. The only regret is that sometimes I can’t rearrange my calendar fast enough – otherwise I’d go on all of them.”