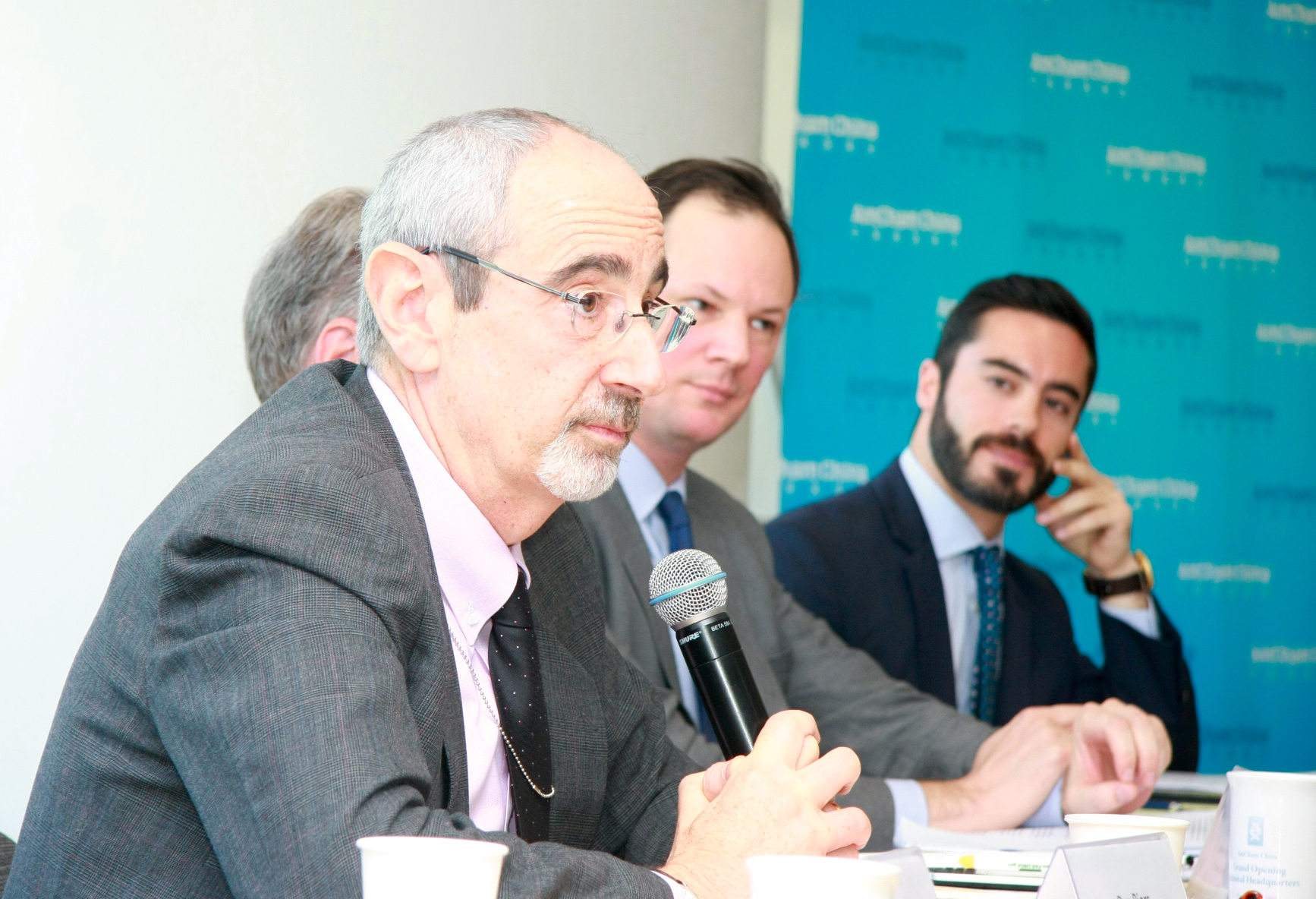 The US Embassy in Beijing shared outcomes of President Xi Jinping's recent state visit to the US with at an Oct. 13 debriefing for AmCham China members.

The delegation of eight officials noted certain areas where President Obama and President Xi agreed to expand and deepen cooperation. One area was climate change. President Obama and President Xi deepened their commitment on the climate agreement reached last year at the APEC summit, and China committed for the first time to a comprehensive carbon trading emissions scheme at the national level. In areas of sustainable development, food security and public health, a Memorandum of Understanding was signed between the two presidents to guide future collaboration.

During the debriefing, cohosted by the US-China Business Council, the delegation also noted that the two presidents agreed to work together to constructively manage differences. On cybersecurity, both the US and China committed for the first time that neither country’s government will conduct or knowingly support cyber-enabled theft of intellectual property for commercial benefit, and will form a high-level joint dialogue mechanism to cooperate in fighting cyber crimes. The two presidents also committed to conduct high-level discussions on judicial reform, with the goal of improving the transparency and predictability of the business environment.  Additionally, both sides agreed the enforcement of competition law should avoid pursuing industrial policy goals.

On the topic of trade and investment, one official noted that the bilateral investment treaty had progressed to a point where it could be a warm-up to China joining the Trans-Pacific Partnership (TPP), and the overall positive trend of the negotiations. Officials also noted the positive discussions regarding national security reviews for investments and the commitment to not use third party information for purposes unrelated to national security in the review process.

Evan Schmitt is a Government Affairs Intern at AmCham China.