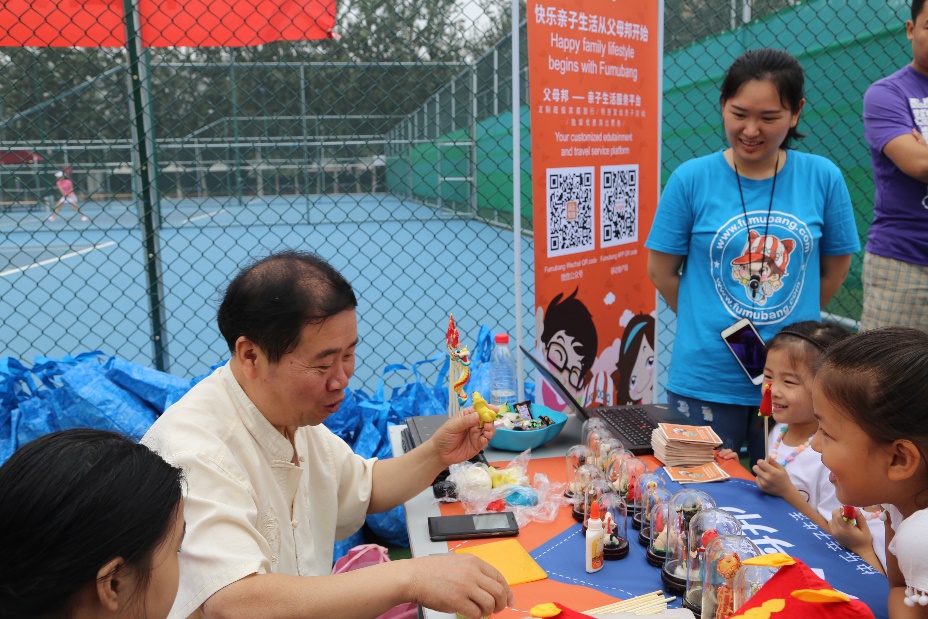 On September 9, the AmCham Sports Committee hosted the first-ever AmCham Tennis Tournament. With support from the European and British Chambers, 20 members from the business community competed in a doubles tournament. The day was filled with friendly competition, great energy, and a full audience for the finals. Amber Li of Hogan Lovells and Oliver Wessely of CRCC Asia defeated Frank Li of GM and Alex Fu of Daimler 7-5 to earn the title of AmCham Tennis Tournament Champions!

Kids and family members of the players also enjoyed a day of family fun with many creative and interactive games at the courtside booth, thanks to the support of tournament sponsor Fumubang.com, a professional parenting activities platform.

Tennis is gaining a large following in China, with fans and amateurs looking for more ways to bring the sport into their lives. The “Asia tennis season” is now upon us, and both the Men's and Women's Tour will be competing in China this October. The China Open in Beijing is a Premier Mandatory Tournament on the Women's Tennis Association Tour and shares this status with only 3 other tournaments worldwide. With one of the largest prize money payouts in women's tennis, the competition is always exciting!

Similarly, the Shanghai Rolex Masters is an Association of Tennis Professionals (ATP) 1000-point event that brings in top names in men's tennis to compete at a critical time in the season to determine who qualifies for the ATP Finals.

AmCham Sports Committee Co-Founder, Abigail Arterburn, will be working Player Services at this year's Shanghai Masters and continues to share her tennis expertise and resources with AmCham members.

The AmCham Sports Committee, founded in 2016, aims to provide a community for sports industry professionals in China. Initiatives include conducting case studies for sports development, organizing a speaker series, and bringing the greater AmCham community together through organized sports competitions. The next event will be a 3-on-3 basketball tournament in late November. If you are interested in learning more about the AmCham tennis community or other Sports Committee events please contact Abigail Arterburn at aarterburn@gmail.com

Abigail Arterburn contributed this article as the Co-Founder of the AmCham Sports Committee.