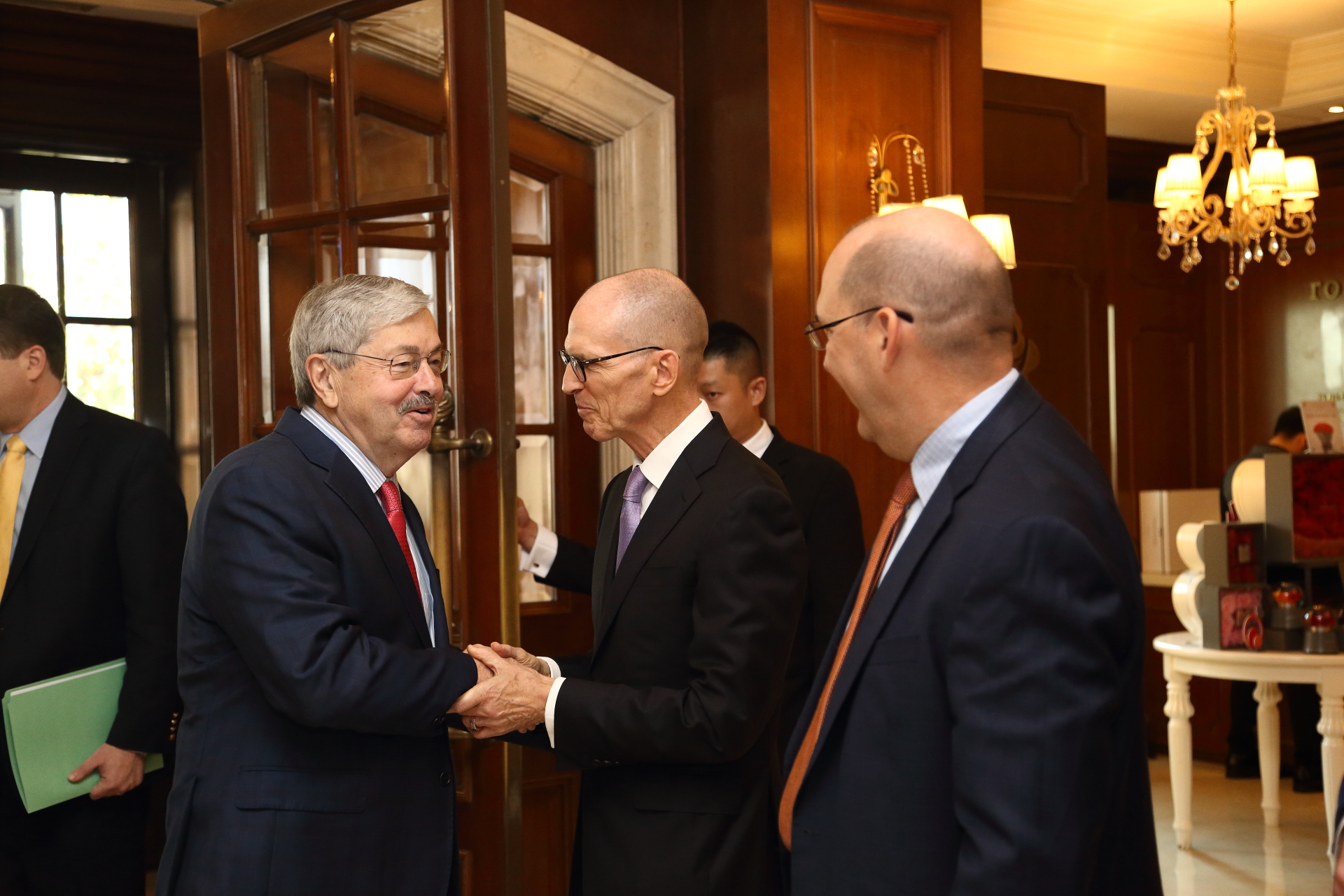 The foreign business community welcomed Ambassador Terry Branstad to Beijing with a formal luncheon in his honor Sept. 12. Moving an entire family from the US to Beijing for a new job can be enormously difficult, especially if that new job is US Ambassador to China. To help new Ambassadors better understand the foreign business community and feel more welcome, the American Chamber of Commerce in China has long adhered to the tradition of welcoming the incoming Ambassador with a luncheon.

The event, organized by the American Chamber of Commerce in China, the US-China Business Council, and the United States Information Technology Office, attracted more than 200 attendees to discuss and hear about some of the biggest stories in the US-China trade and investment relationship.

Ambassador Branstad shares his perspective with members of AmCham China and attendees of the luncheon.

Branstad opened his remarks by thanking AmCham China, USITO, and the US-China Business Council for welcoming him and his family so warmly to Beijing, especially noting that his family enjoyed AmCham China’s July 4 party.

The former Governor of Iowa stressed the importance of US-China cooperation on a number of international issues of geopolitical importance before directing his attention to issues of greatest concern to the event attendees.

Ambassador Branstad, accompanied by his family, speaks at the 2017 AmCham China July 4 event.

“Trade and investment are important to both of our countries,” said Branstad, “but we hear loud and clear your concerns about the imbalances in the economic relationship.”

AmCham China has also organized other events for previous Ambassadors, including for Ambassadors Huntsman, Locke, and Baucus. This close relationship between the US government and the American business community has enabled understanding and progress on many issues of great importance to American companies.

The Ambassador spoke at length about the suggestions offered by Zarit and the issues raised by the business community, offering reassurances to attendees that are paying close attention to a number of developments in the US-China economic relationship. “We understand that you feel less welcome here in China than you did a few years ago,” he said, echoing data points from AmCham China’s 2017 Business Climate Survey.

Past, Present, and Future: McGregor Shares His Perspectives on US-China Relations
January 22, 2021

In Light of the US Presidential Inauguration, AmCham China Chairman Speaks to Bloomberg on US-China Relations
January 21, 2021