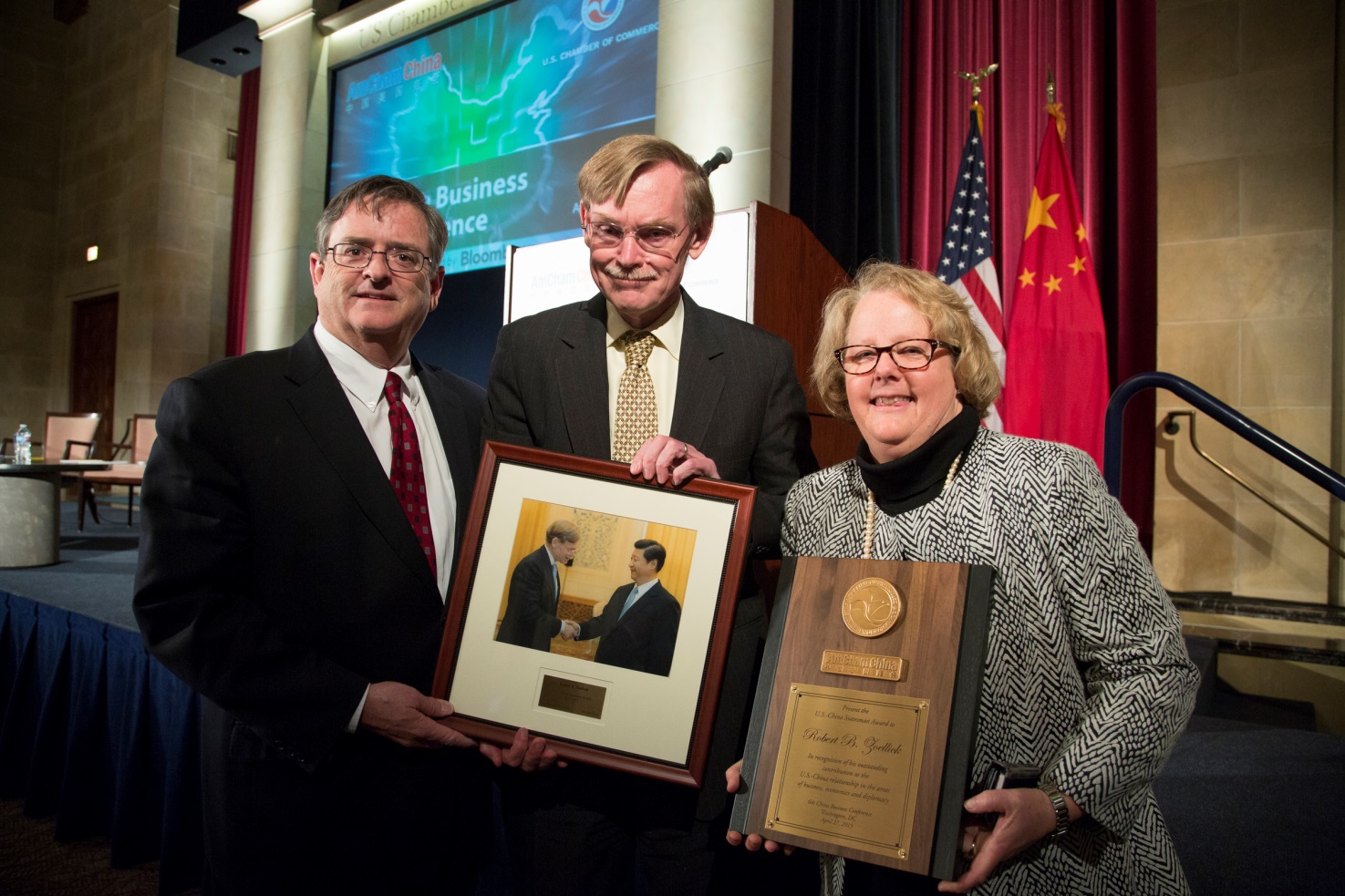 This week has been a little quiet at AmCham China headquarters in Beijing. That's because our fearless leaders have been sharing the chamber's messages in Washington, D.C., further cementing US-China commercial relations and promote a better business environment for American companies in China.

This year's D.C. Outreach wrapped up Wednesday, concluding a series of  meetings with senior political, business and academic figures. Led by AmCham China Chairman James Zimmerman, the delegation of more than 20 business leaders representing American companies in China visited senior officials from the Departments of State, Commerce and Treasury, as well as the Office of the US Trade Representative. They provided updates on China’s economic transition and reform agenda, raising concerns about how regulatory enforcement and recent rules on high-tech equipment disadvantage American companies, and pressing the case for the BIT.

One of the highlights of the outreach was the China Business Conference, the premier China conference in the US for discussing the future of the US-China economic relationship, as well as the latest developments in China’s business environment and their impact on American companies. Now in its sixth year, the event was cohosted with the US Chamber of Commerce.

The conference also recognized former US Trade Representative and World Bank President Robert Zoellick (pictured) with the first China Statesman award for his significant contributions over decades in public service and the private sector to the world's thinking about, and the US’s understanding of, China.

“It’s all the more important that the Bilateral Investment Treaty address not only market access but also the kinds of actions that create an uneven playing field or undermine the rules-based system, such as unfair competition by SOEs, the discriminatory enforcement of key laws like China’s competition law, and forced technology transfer or localization policies,” Froman told the conference. “For a BIT to be effective, we need to make progress on these issues as well.”