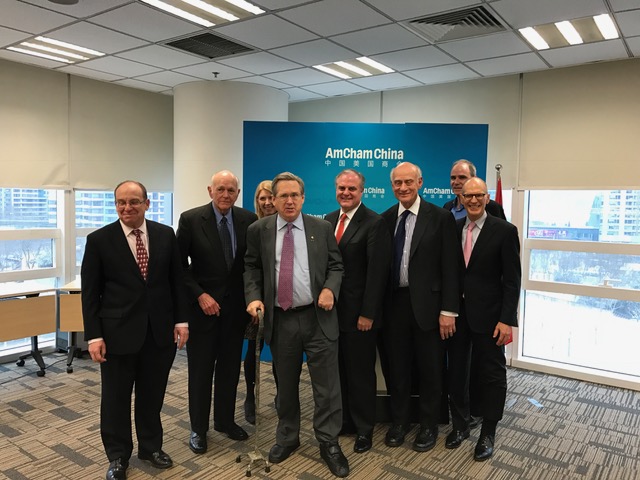 On February 21, members of the AmCham China Board of Governors met with a delegation of three former US Senators who were visiting China to meet with various Chinese government agencies. The delegation included:

The former Senators were very open in sharing their perspectives on the current US political environment and how they foresee US-China bilateral relations progressing under the new administration. They also provided advice to our board as we begin preparations for our annual DC Outreach, which will be held this year from May 1-5.