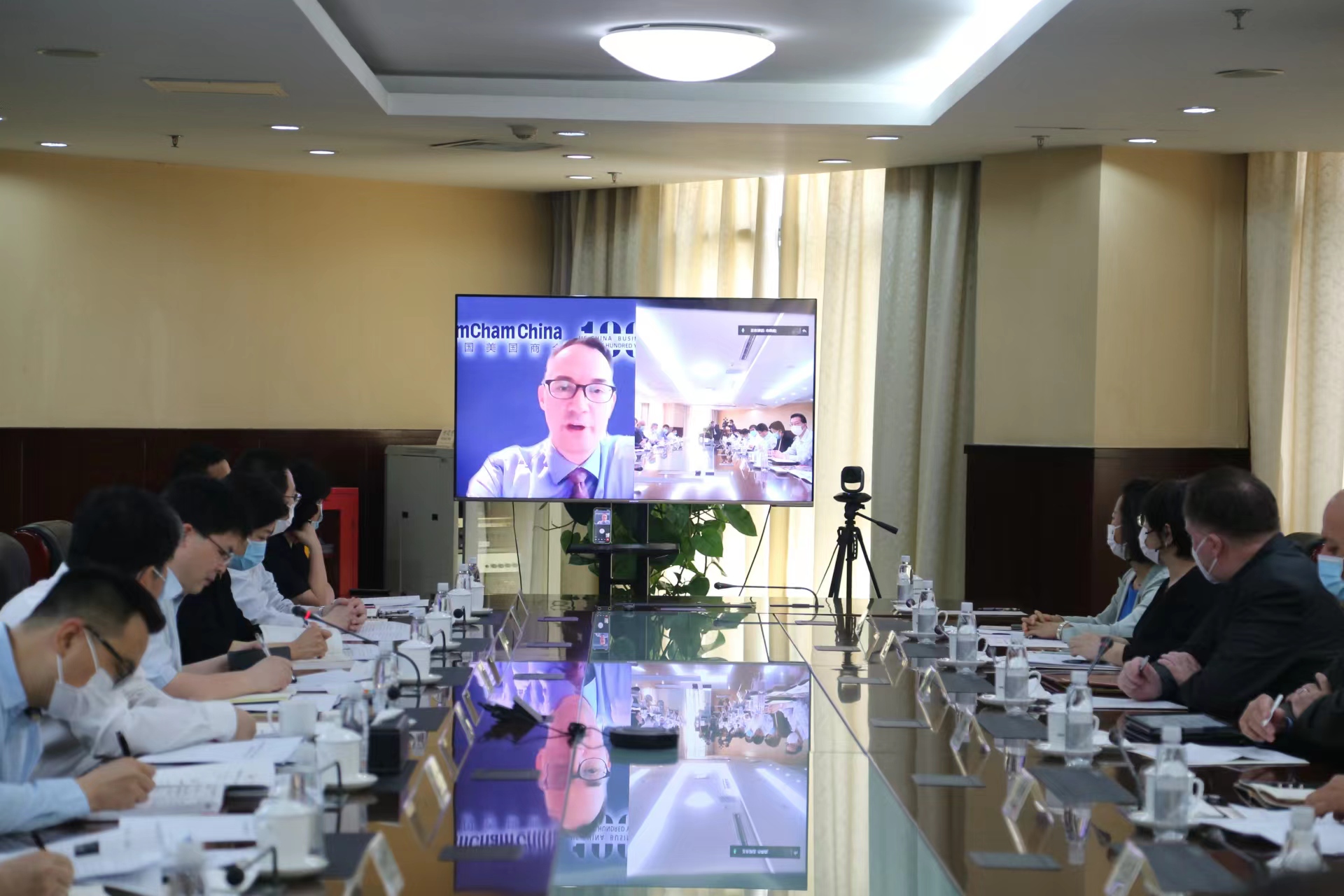 At the meeting, representatives of seven member enterprises shared their current business situations, challenges encountered as a result of COVID-10 outbreaks, and suggestions to improve the business environment in Tianjin. Responding to those member’s concerns were 13 municipal bureaus along with the Xiqing District Municipal Government, who responded to member’s concerns and provided suggestions on a case-by-case basis.

In his remarks, Vice Mayor Wang Xu thanked AmCham China and its members for their support to Tianjin’s development. He added that, during these tough days of the pandemic, they understand the importance of “stability” and “predictability” to the development of enterprises. Vice Mayor Wang said that coordinating epidemic prevention and supporting economic development requires a joint effort, and he hopes to unite government and enterprises achieve win-win progress in the future.

Both AmCham China President Michael Hart and AmCham China, Tianjin Chairman Marcus Williams thanked the Tianjin Municipal Government for its support and cooperation with AmCham China. They also expressed hopes to establish a stable communication mechanism with various government departments to help to continue to bridge the gap between government and enterprises. Hart said the ultimate goal is to work together to enhance the confidence of enterprises in investing and operating, optimize the business environment, and attract more American-funded enterprises to invest in Tianjin.