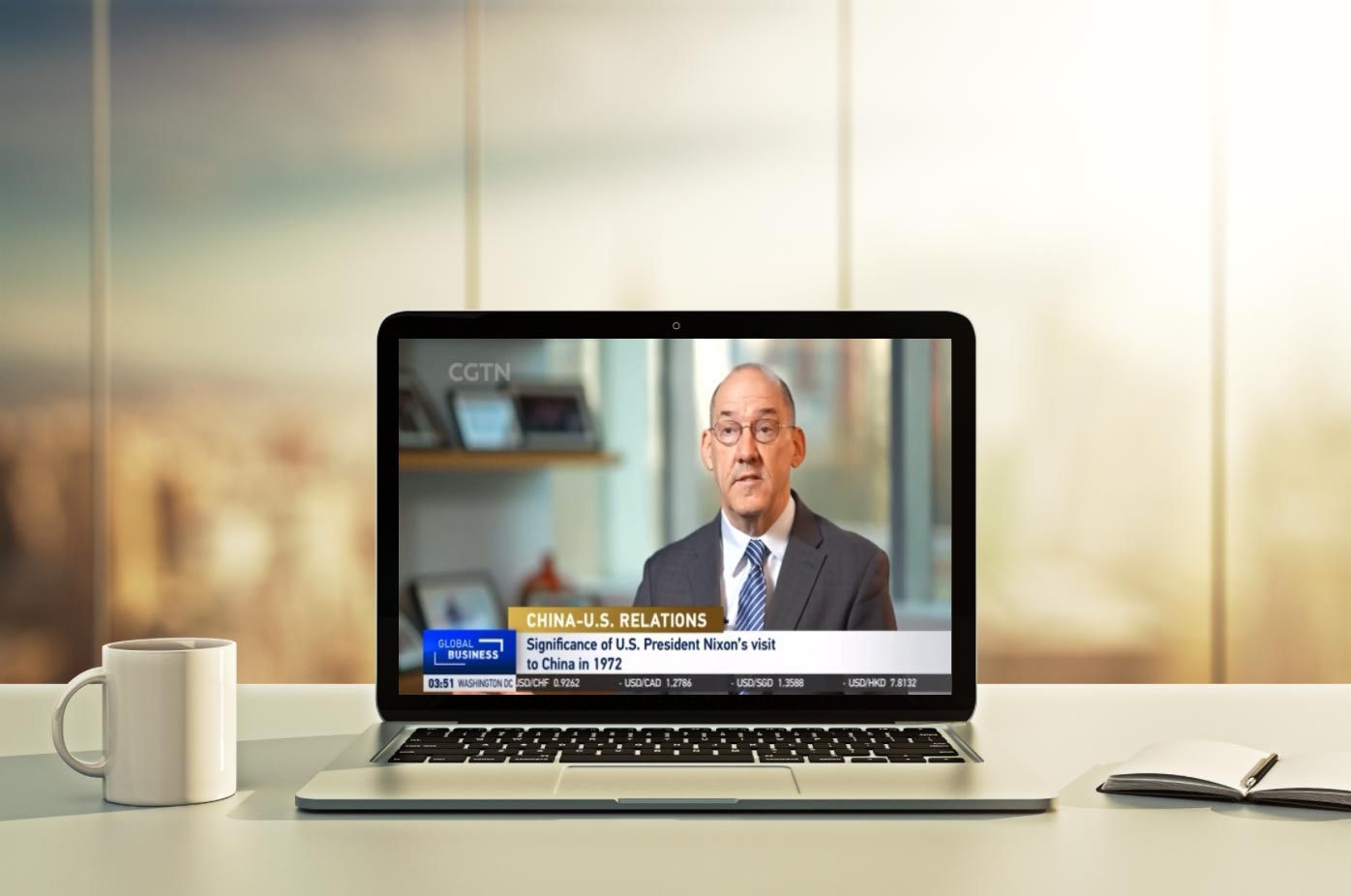 AmCham China President Alan Beebe appeared on CGTN’s Global Business earlier this week discuss the 50 year anniversary Joint Communiqué of the United States of America and the People’s Republic of China, also know as the Shanghai Communiqué, and it’s lasting impact on US-China relations. See below for the transcript of the interview.

Alan Beebe: I think it was important at that moment, and it’s important now. If we actually go back into history – 50 years was a long time ago – but there was probably another 20 or so years where there was little to no communication, and clearly no normalized relations. So, 1972 was a seminal moment in the US-China relationship that led to the normalization of relations between the two countries. And it’s hard to imagine today, if we had not had that communique 50 years ago. It really set the foundation for the US China relationship over these last 50 years

In 2022 ties between the two countries are at a critical juncture. What are the lessons that we can learn from the bilateral exchanges of the last 50 years?

Alan Beebe: I would say the major lesson actually, if we go back into history, is that in 1972, there was less than 100 million US dollars of trade between the US and China. Now, if you look at that today, it’s well over 700 billion [US dollars]. So really, that communique provided a foundation for that tremendous growth in the economic and commercial relationship. And, going back to AmCham China, while we were first established in 1919, that communique really set in place the ability for us to reestablish ourselves in 1981. That communique provided an excellent foundation and we can see, what a tremendous growth, opportunity that it has provided in terms of business.

The two countries shared a common ground on several global issues such as COVID-19, climate change, and energy security. What else can we expect from the future cooperation between the two countries?

Alan Beebe: What we are working on is to help our US companies here in China to contribute towards deeper cooperation in these areas. As an example, we have recently launched a Fast-Track Travel Program that allows for freer travel for business executives, their dependents, and families to and from China. It’s through the great support of the Ministry of Foreign Affairs that we’re able to establish the Program. That’s one example of how cooperation can really help. And then, of course, climate change is another huge area. We’re putting enormous focus on that [climate change] in order to translate the agreement that the two countries have signed into really tangible commercial opportunities that are good for China and good for the US.