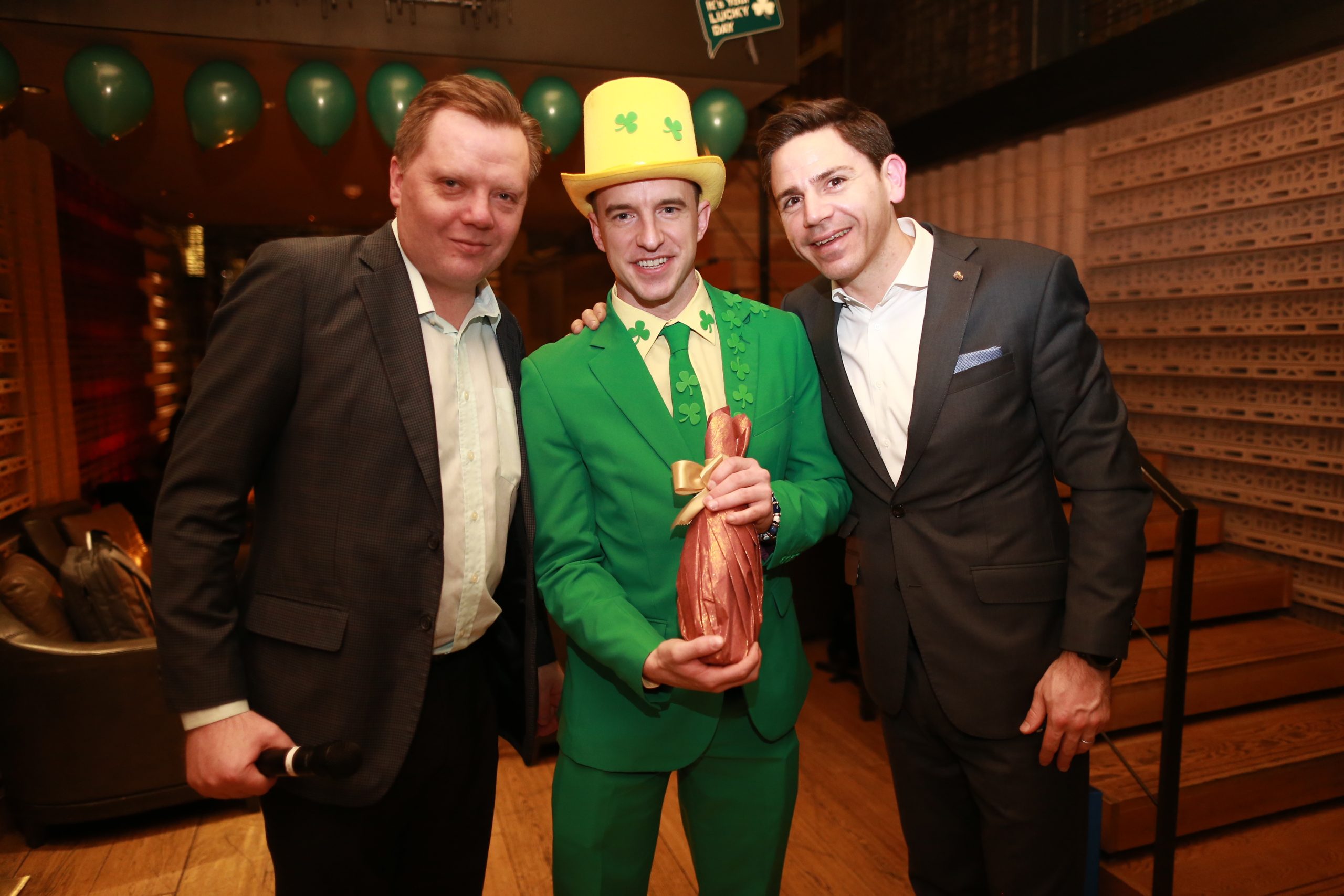 On Friday, March 16, AmCham China, Tianjin invited members to The Ritz-Carlton, Tianjin for an off-the-record look at Tianjin’s regional results in AmCham China’s 20th Business Climate Survey Report. As a widely-read policy document cited by the United States and Chinese governments, the BCS provides a detailed breakdown of American MNCs’ attitudes towards the business climate in China. Responding to member requests, the Tianjin chapter decided to give an in-depth review of Tianjin’s regional results. This included looks at how members viewed innovation in Tianjin, the local government, and where revenue-generating opportunities are likely to be found in the upcoming year. In addition, attendees were given a sneak peek at AmCham China’s roadmap for 2018, which details how the chamber aims to improve its services and events for 2018. Giving the presentation was Tianjin Chapter Chairman, Martin Winchell.

Following the presentation was a St. Patty’s day celebration at The Ritz-Carton, Tianjin’s Flair bar, complete with free flow food and beverages. Over 40 members of AmCham China, Tianjin’s business community showed up for the presentation and celebration, with some wearing their best holiday-themed outfit for a chance to be the night’s “Best Dressed ManWoman.” The celebration represented AmCham China Tianjin’s dedication to hosting engaging events that are both relevant and enjoyable.

AmCham China, Tianjin would like to thank Martin Winchell for presenting the BCS results. In addition, the Tianjin Chapter would like to acknowledge Jackie Hou and Preston Thomas who were selected by their peers as the night’s “Best Dressed Woman” and “Best Dressed Man”.