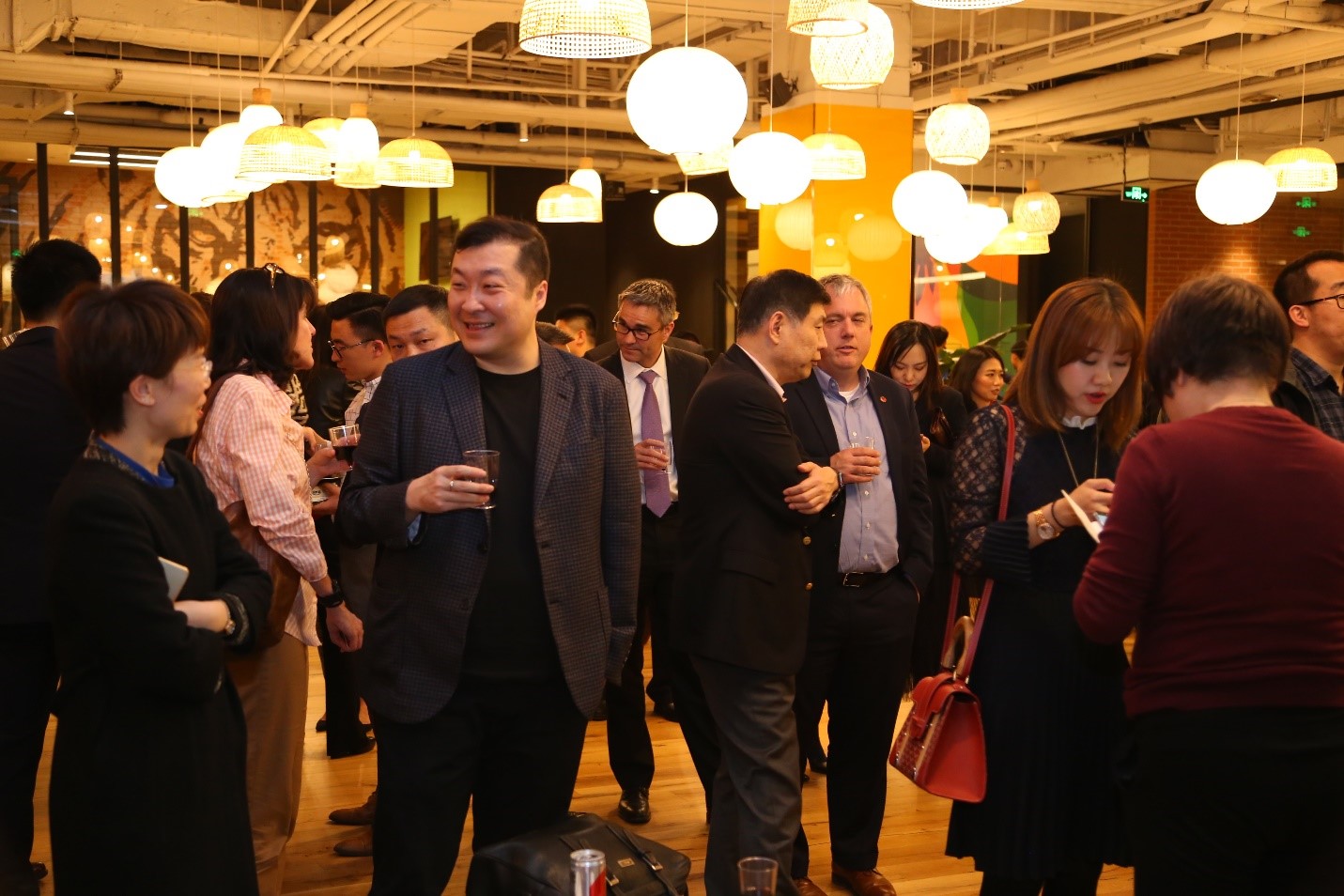 Philip James, Founder and CEO of the Penrose Hill wine company, had flown in from California for the event to introduce the wines, noting that the Chinese wine market will this year become the world’s second largest, but that American wine lags in sixth place, with less than 10% of the imports of the two market leaders, France or Australia. James added that Napa Valley in California is one of the most prestigious wine regions in the world, joking that it was even good enough for Yao Ming to build his winery there.

Zhude’s Fang Hong then evoked a famous quote from Tang Dynasty poet Wang Han – “Grapes, delicious drinks, and luminous glasses”, echoing the sentiment that American wine can become more popular in China, and noting its role as a vehicle to increase exchanges among peoples and across cultures. She finished by saying she hoped that Hawthorne Grove’s wine would take roots in China, blossom, and bear plenty of fruit.

Earlier, AmCham China President Alan Beebe had spoken about the heritage of the Chamber, saying that the first Chamber had been formed in 1919 by eight founding member companies, with the news announced in The New York Times in August that year. He added that the 100-year anniversary wine would be served at all AmCham China’s Signature Events throughout the year.

Since launching in 2015, Penrose Hill has become one of the 50 largest wineries in the USA. Their team of winemakers come from world famous and prestigious wineries including Napa Cabernet producer, Caymus, and the sparkling wine house, Domain Chandon. Penrose Hill works with vineyards and wineries from Europe, South America, Australia, New Zealand, and South Africa, and their wines have won over 1,000 awards.