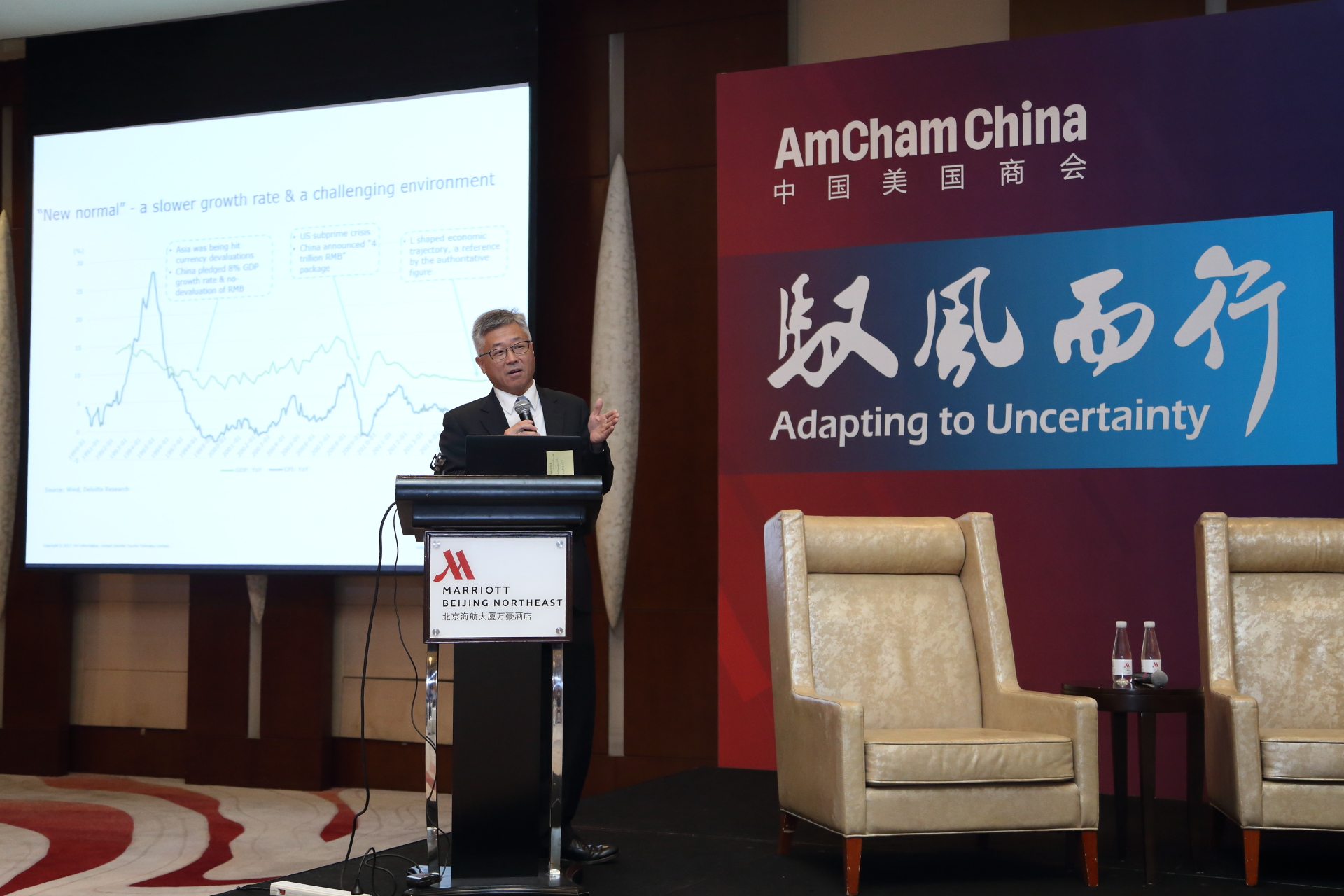 This year’s theme— “Adapting to Uncertainty” —reflects the challenges that GA professionals face in 2017. The keynote speaker for the conference was Jin Fang of the China Development Research Foundation, who discussed globalization, followed by Sitao Xu of Deloitte, who discussed macroeconomic issues in the Chinese economy.

There were also two panel discussions at the conference—one covering US-China relations and another discussing the launch of AmCham China’s 2017 White Paper. This was the 19th year that AmCham China has published this annual policy advocacy document. The White Paper is a member-driven publication drafted by participants form AmCham China’s various working groups, highlighting the issues of most importance to member companies on the ground in China. This year’s White Paper had 380 pages and 45 chapters, covering over 20 different industries and 20 cross-sector and regional issues, and including hundreds of specific policy recommendations for both the Chinese and US governments.