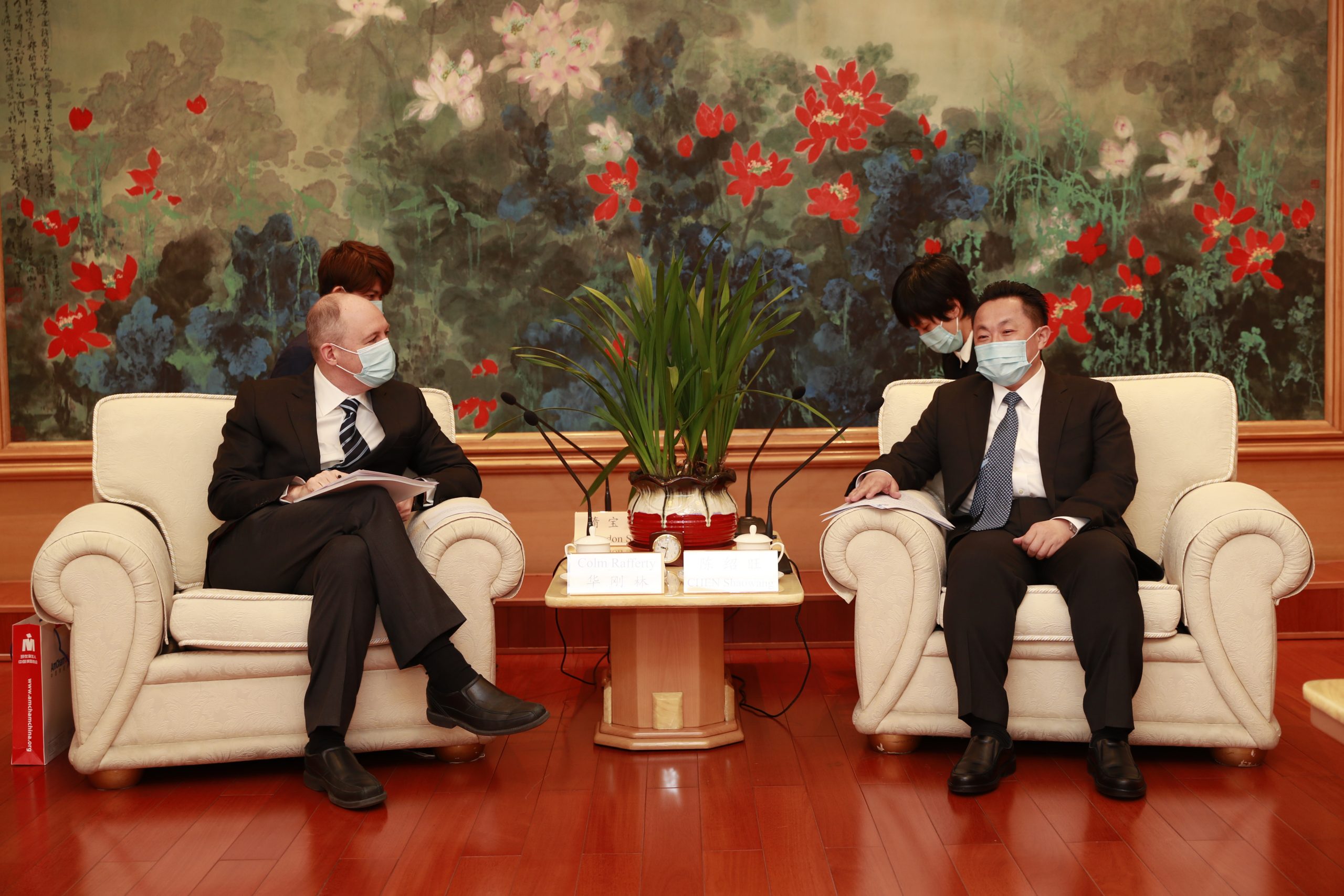 On the morning of April 15, Mr. Chen Shaowang, the Mayor of Dalian Municipal Government, greeted the Vice Chair of the American Chamber of Commerce in China (AmCham China) Colm Rafferty at City Hall prior to the official launch of the 2021 Business Climate Survey Report in Dalian this year. AmCham China’s President Alan Beebe, Chair of AmCham China Northeast Chapter Executive Committee Ladon Ghalili, and other Executive Committee members were also accompanied by local officials of the Bureau of Commerce and Foreign Affairs Office.

Vice Chair Rafferty’s opening remarks credited and thanked the Dalian government’s continuous support and assistance to AmCham China member companies despite the issues and turbulence caused by the COVID-19 pandemic. Rafferty also asserted his confidence in Dalian’s sustained development during these times. Additionally, in his statement, Rafferty expressed interest in a continued partnership between the two parties as the city’s growth attracts more foreign direct investments (FDI) – furthering US business relationships with Dalian. 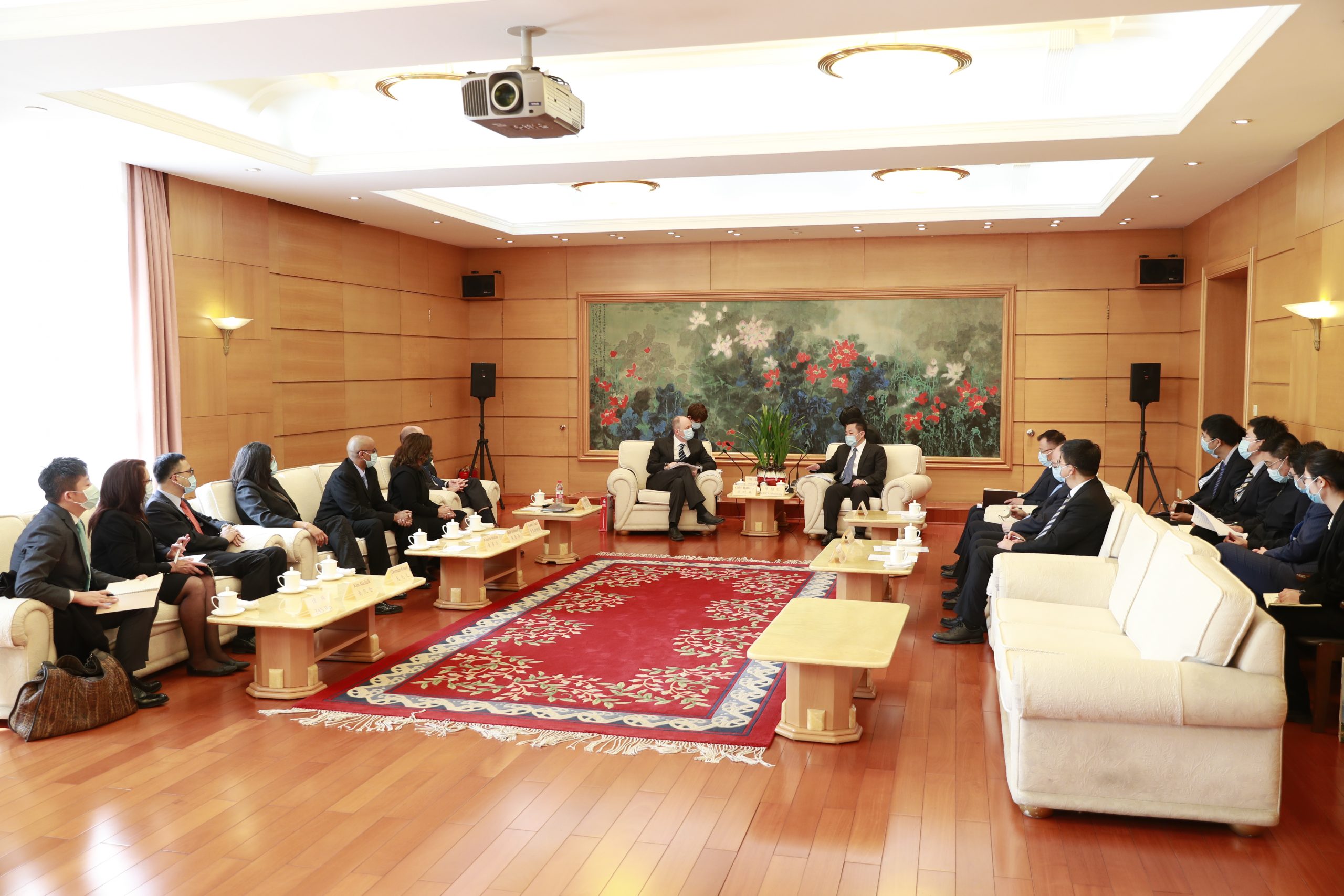 Though optimistic, Rafferty called to attention the evident stagnation in FDIs as reported in the 2021 Business Climate Survey Report (BCS). The account highlighted the importance of talent in attracting and maintaining FDIs. As such, Rafferty suggested action be taken by the Dalian government to assist foreign nationals and their families in returning to Dalian that are otherwise unable to due to the pandemic. This will help ensure that Dalian is a welcoming city for FDIs with adequate global talents.

In addition, Rafferty urged Dalian to include all foreigners in China’s public vaccination program as well as promote and restore global travel. In support of these efforts, Rafferty noted AmCham China’s readiness to facilitate as a supplementary channel of communication for vaccine information to foreign nationals and communities based in Dalian. 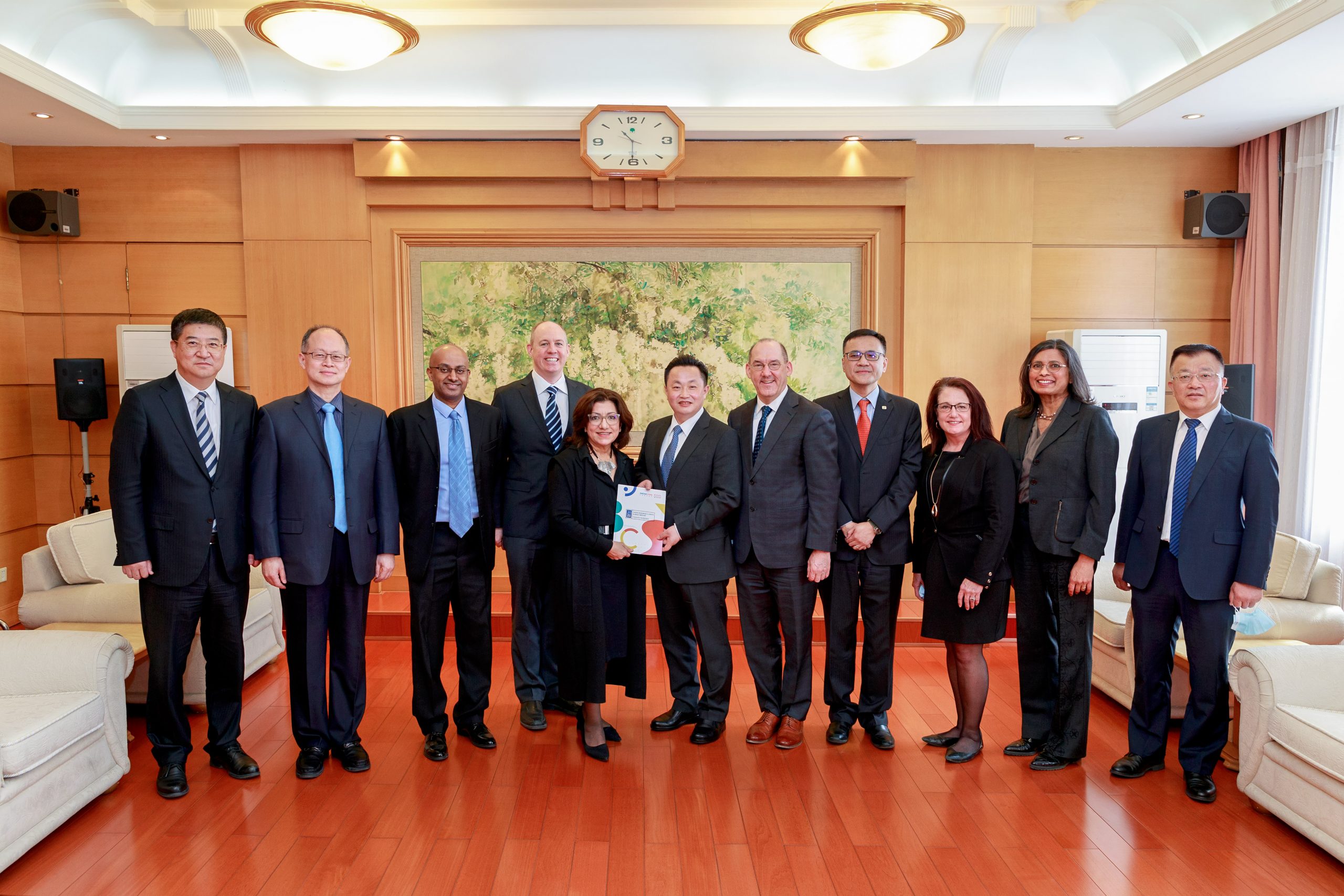 Following Rafferty’s remarks, Mayor Chen Shaowang reiterated his welcome to the AmCham China delegation. The mayor, additionally, introduced the strategies enacted by the city to control and contain the epidemic in Dalian as well as their prosperous economic recovery.

As one of the leading cities in China’s Northeast region, Mayor Chen Shaowang noted, Dalian has established a close, cooperative relationship with US businesses. As of February this year, a total of 1,681 MNCs and foreign invested companies have established themselves in Dalian successfully including Intel, Goodyear, Pfizer, Dell, IBM, and many more.

Pertaining to the economic development of the city, Mayor Chen Shaowang recognizes AmChina China influence amongst foreign cooperation and businesses and the ability to bring them together.The mayor looks forward to the continuation of a supportive partnership with AmCham China. In addition, he reaffirms the importance in promoting Dalian’s investment-friendly climate and AmCham China’s continued endorsement of the city in helping create a mutually beneficial relationship with the chamber. 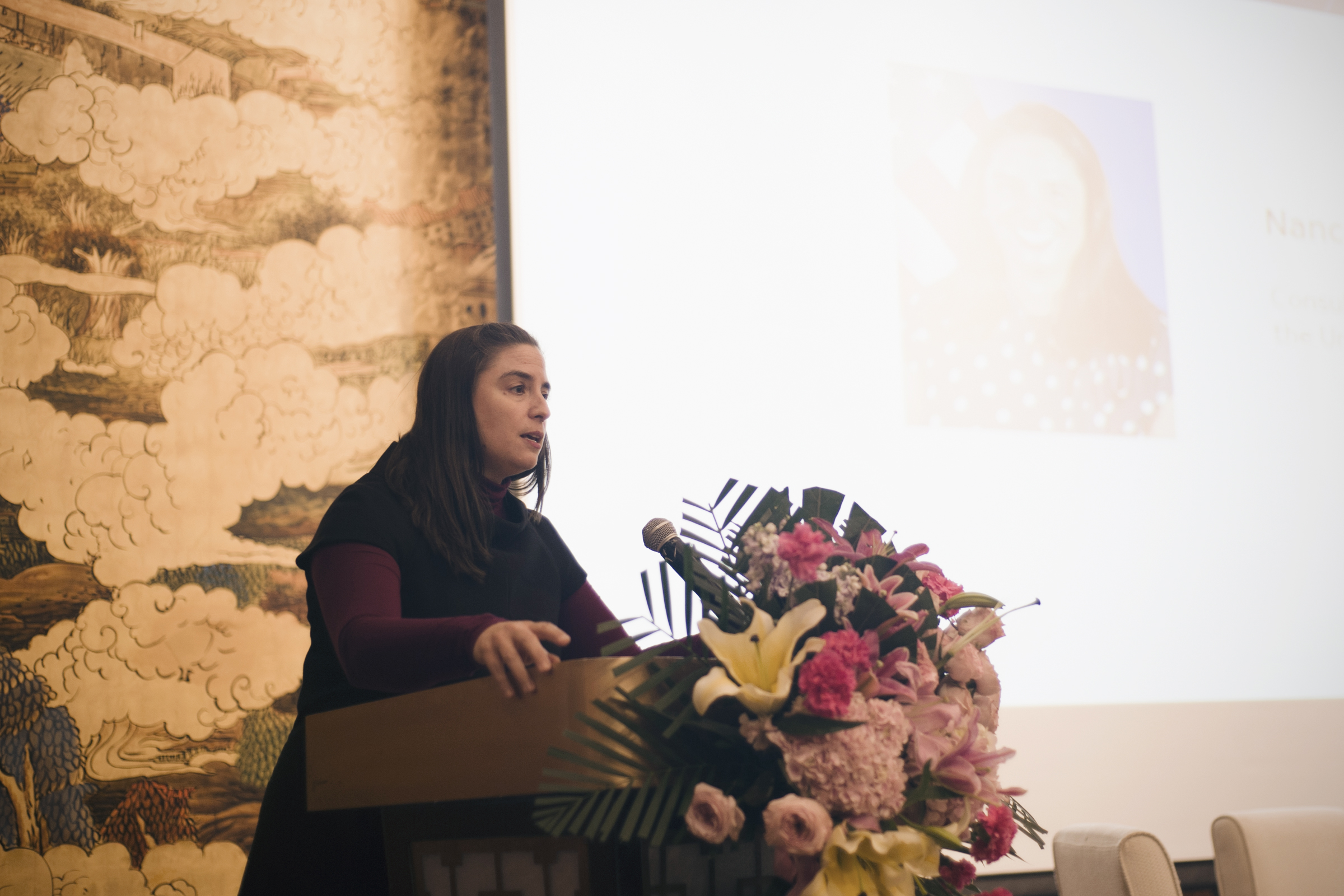 In her opening remarks, Abella welcomed all attendees and reflected on the trade talks that occurred at Anchorage, Alaska, earlier this March between US and China. Following Abella, Beebe introduced the focus of the evening, the BCS, and a few key statistical figures. As host of the launch, Beebe also facilitated the discussion of the evening as several panelists and experts debated and exchanged views on the escalating tensions between US-China relations and how to navigate the rising operational risks. 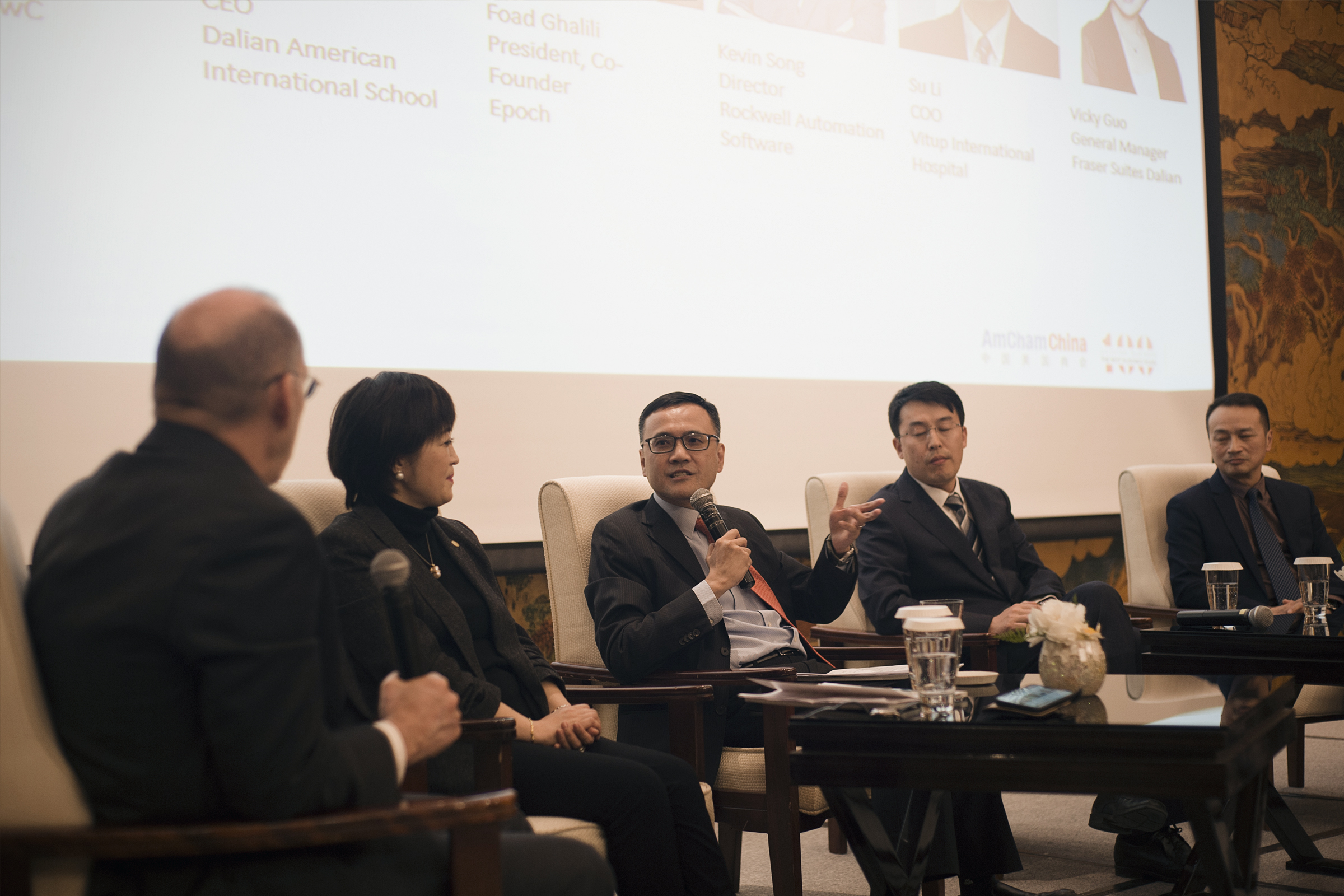 Towards the end of the launch, Alan Beebe presented Ghalili with an award thanking her for her service and her tireless dedication to AmCham China Northeast Chapter and the local American business community.