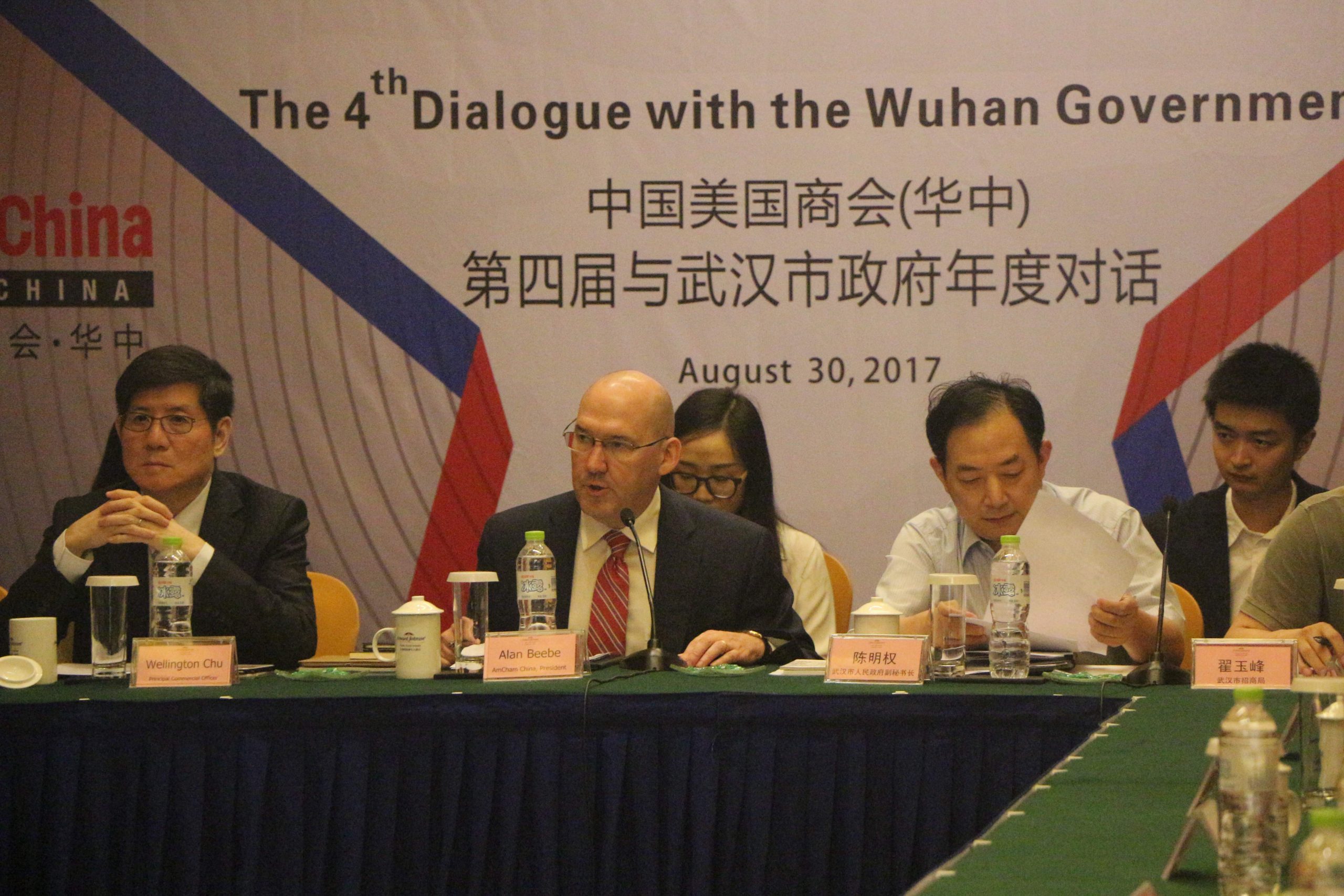 As a marketing expert with over 20 years’ experience, Wellington Chu, Principal Commercial Officer of the US Consulate General in Wuhan, presented the major challenges of doing business in Wuhan. Chu also reviewed some of the major programs that took place this past year such as the 2nd US – Central China Business Summit in Changsha and a delegation of 20 Wuhan companies to the Consumer Electronics Show in Las Vegas.

Deputy Secretary-General and keynote speaker Chen noted that the questions raised by AmCham China member companies were remarkable, profound, and specific. Chen said Wuhan has been pushing large-scale promotion of urban construction, improving the functioning of the city government, and strengthening the city’s position as a hub of business, trade, and transportation.

The city’s airport recently opened its newly constructed Terminal 3 on August 31. This addition marks Wuhan as the owner of the largest and most renovated airport in central China. He also acknowledged and appreciated the hard work undertaken by Wuhan Municipal Government and AmCham China’s Central China Chapter to make the dialogue a great success.

AmCham China's Central China Chapter is also thankful for our generous sponsors that helped to make this event possible.