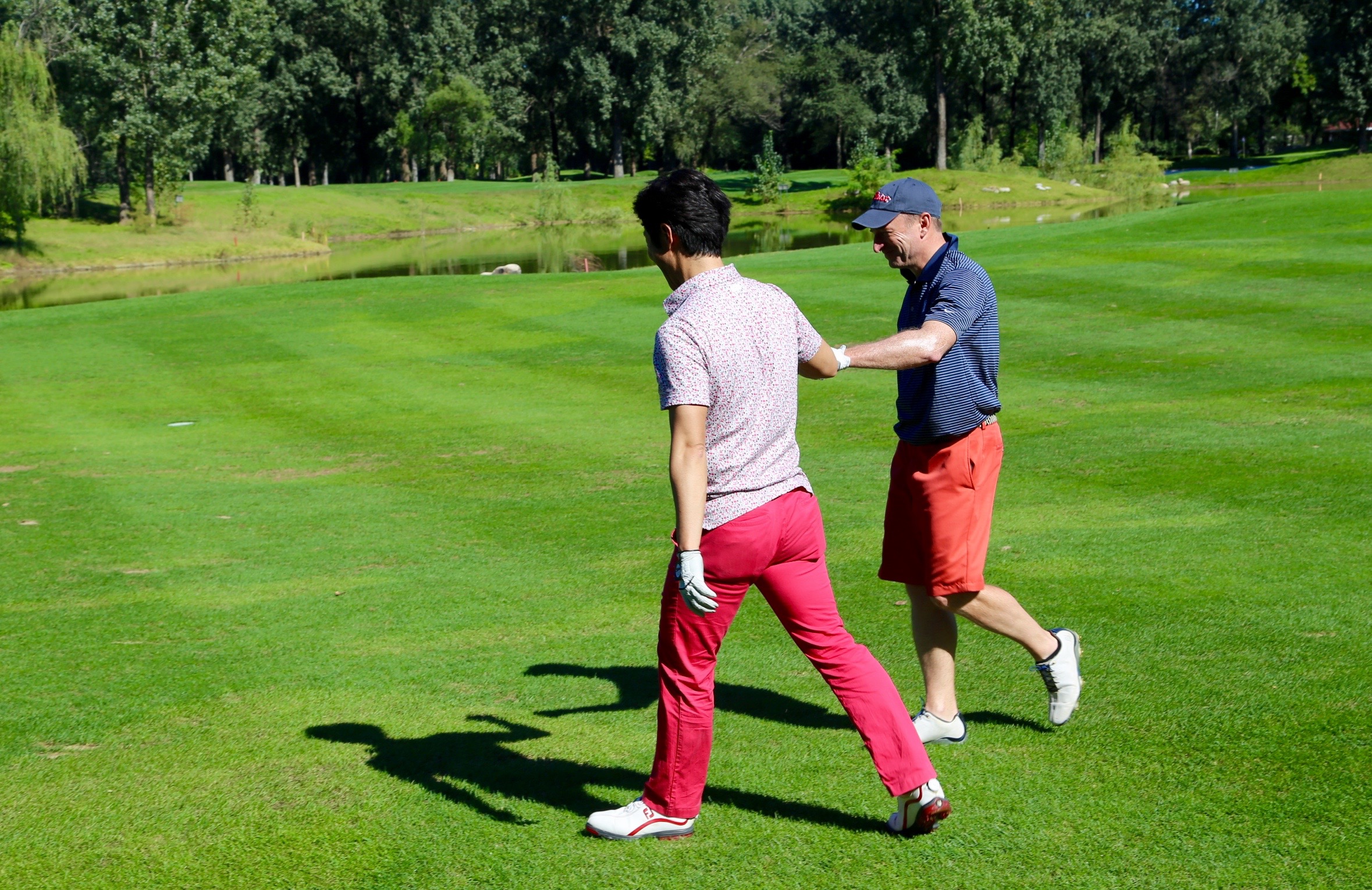 For nearly two decades, the Japanese and American chambers of commerce in Beijing have come together for a friendly golf tournament – “evidence that both chambers have a long history in China,” remarked the Japanese Chamber's Chairman, Kazuaki Tanaka.

On the Beijing Golf Club links, fist bumps celebrated winning shots and laughter filled in the frustrating moments last Saturday, Sept. 19. Mark Duval, President of AmCham China, declared, “Let's make this fun,” to his team of James Hathaway from the US Embassy and two JapanCham members, Hirofumi Inoue and Katsuya Igarashi. No-stress slogans were heard across the teams – each composed of two AmCham, two JapanCham members – and solidified the event's purpose of bringing the two communities together in a relaxed atmosphere.

Each team played 18 holds, scramble style. Many in attendance were four-time veterans, including AmCham China Vice Chair Randal Phillips. Leading the festivities was the founder of the cross-chamber tournament, Tibor Baranski of the Jun He Law Offices. Also there in good spirits was Bill Niebur, who recently moved back to the US but didn't want to miss out on this long-held tradition.

Back at the clubhouse, players freshened up and took to the patio for beer, sub-100 AQI air and conversation as the sun dipped down. Phillips lit up another cigar and pondered his team's chances with their score of 4-under par. The group commiserated over missed shots and the perfect late-summer weather. Teammate Tanaka recalled the team's game-changing moment – when one member cracked open a beer. “Suddenly, everything changed,” Tanaka recalled. “The next hole, we got a birdie.”

The team wound up in second place, and, judging by their team anthem “Don't Worry, Be Happy,” weren't too disappointed with the showing. Taking first place was the team with the motto “No pressure,” comprised of AmCham China board member Jie Lin, Ling Yang of ConocoPhillips, Masao Goto of Sojitz Corporation and Yoshihisa Tabata, the Vice Chair of the Japanese Chamber, with a 6-under score of 66.

Lin said she hadn't been on a course all summer long, but that didn't stop her from being the driving force of her team and taking home an award for her long shots.

Closest to the Pin I

Closest to the Pin II