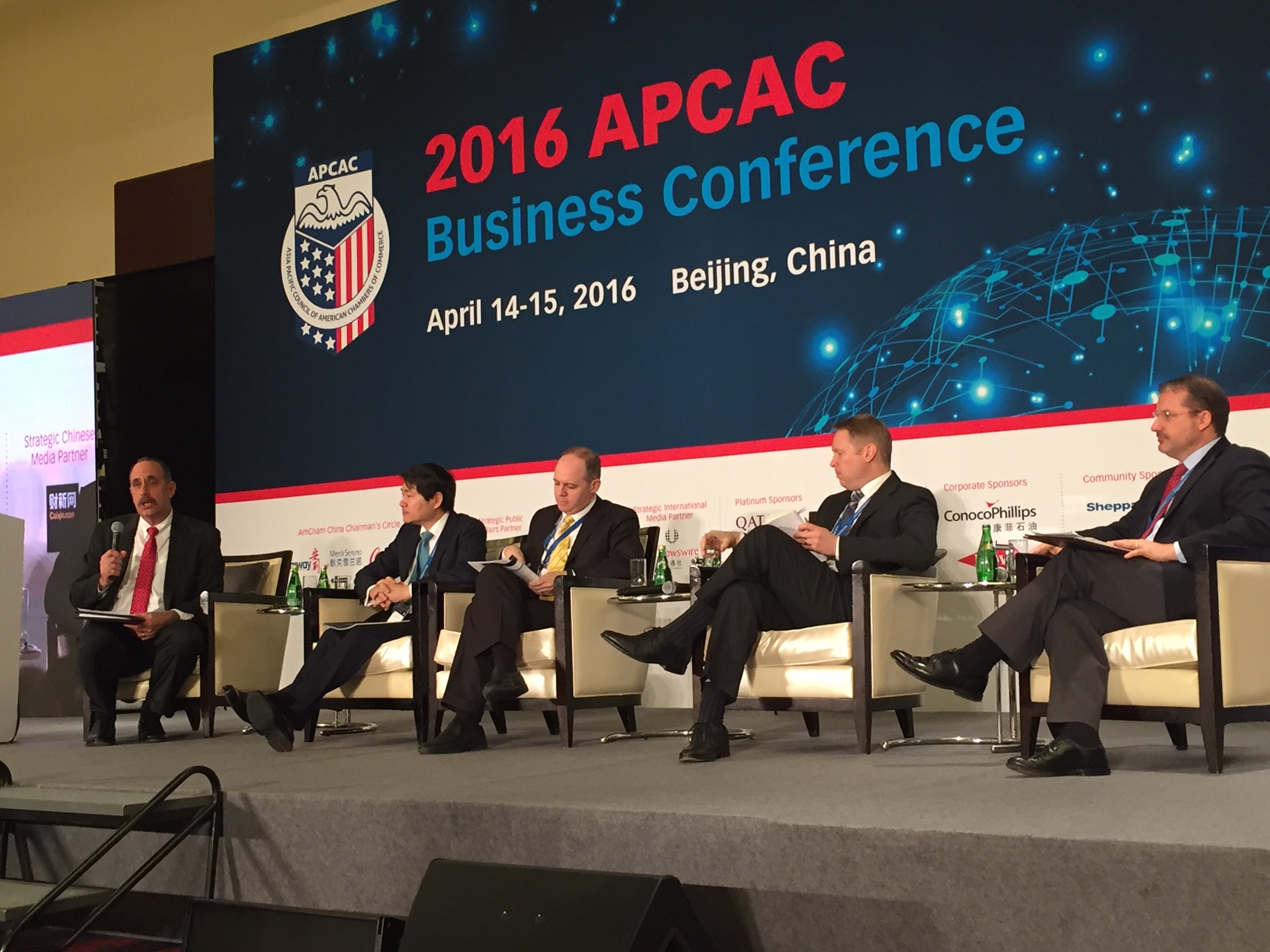 Moderated by Patrick Santillo, Deputy Assistant Secretary of Commerce, China, US Department of Commerce, and sponsored by United Airlines, this panel discussed China’s Silk Road initiative and the implications of the new Asia Infrastructure Investment Bank, with special attention given to the practicalities and partnership opportunities that exist for foreign business, governments and organizations.

Wang Huiyao, Founder and President, Center for China and Globalization

“(One Belt, One Road) is really a great initiative. After 30 years of inward opening, we now see China outwardly opening up… However, there are quite a few challenges, because the route covers 60-70 countries across three continents.”

“The Trans-Pacific Partnership doesn’t include China, and Asia Infrastructure Bank doesn’t include the US. China has probably been the biggest beneficiary of globalization, but if we have two camps of economic arrangements, that will be dangerous not just for China but also for the rest of the world. It makes sense for the business community to promote integration.”

“China built 30,000 miles of roads over the past 10 years, which is equivalent to two-thirds of the US interstate highway system… so Chinese companies have a great set of capabilities. There are a lot of opportunities to partnering with these Chinese companies on One Belt, One Road.”

“When we first made our investment in China there were a lot of concerns in our home state about losing jobs to China. But we’ve seen our business in the US grow, and that’s because expanding our business overseas has also meant exporting more, including to China. About 40 percent of the content of our Chinese equipment is from the US, so if you’re pro-jobs, be pro-trade.”

“If (One Belt, One Road) all works smoothly, it can probably kill several birds with one stone: helping China expand its power, helping its companies go global, and soaking up industrial capacity.”

“This is a highly complex enterprise that involves a lot of projects in a lot of countries, including in Central Asia where there are some issues already to deal with. There is also the risk that China overreaches and upsets neighboring countries that have interests in these areas, such as India.”

“(On One Belt, One Road) I think it’s part of Xi Jinping’s China dream ‘to make China great again.’”

“The Asia Infrastructure Investment Bank and One Belt, One Road are very ambitions initiatives set out by this very ambitious leadership. I use three A’s to describe the current leadership: active, assertive and ambitious.”

“It would not surprise me to see the Chinese leadership to pull this off. But we’re moving now into the implementation phase and we have to see now, when the rubber meets the road, if they can be successful.”