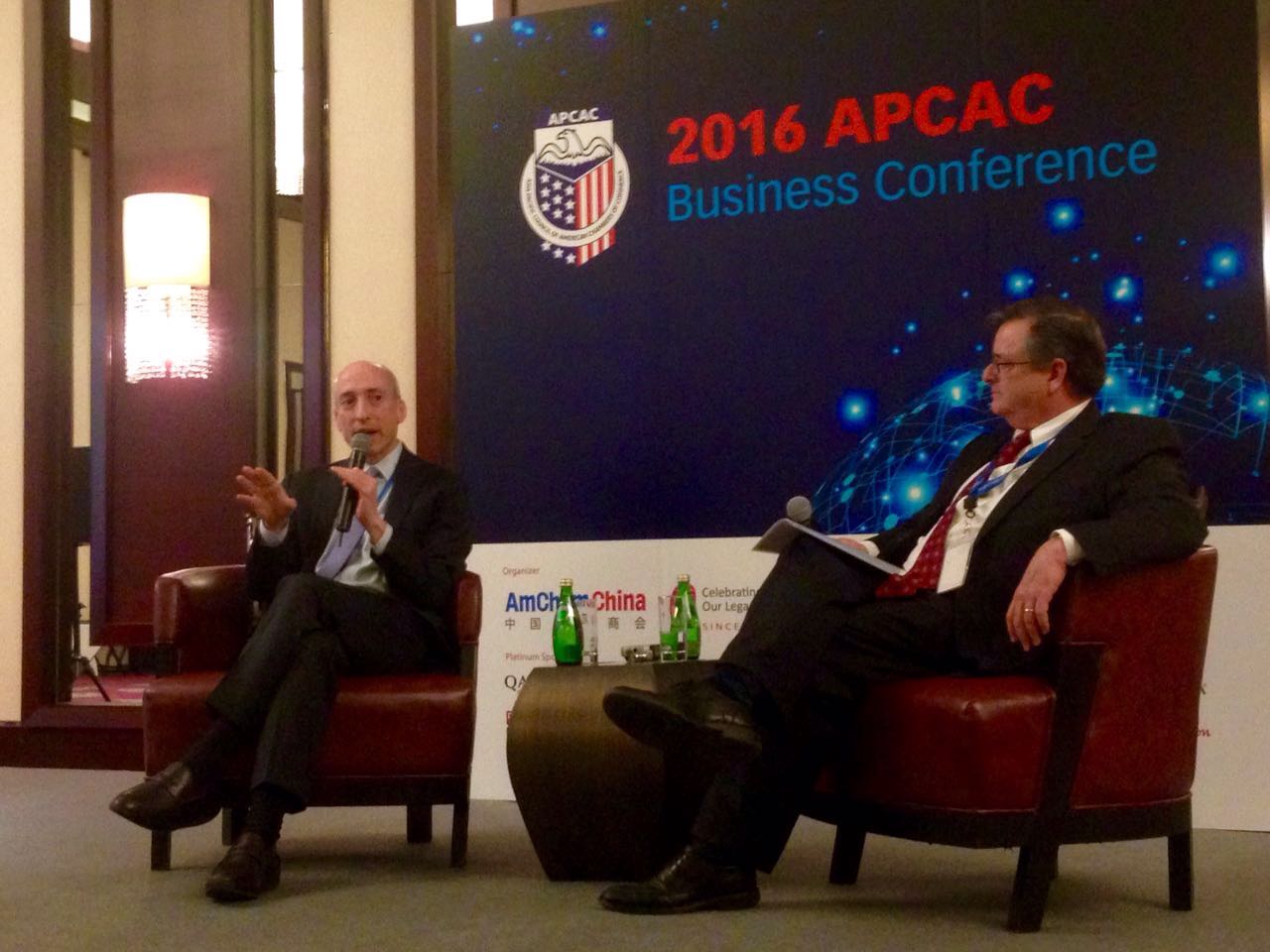 Gary Gensler fielded questions ranging from commodity futures to the 2016 presidential campaign. Gensler is uniquely qualified to answer these, as he was Chairman of the Commodity Futures Trading Commission under President Barack Obama for five years and now serves as chief financial officer for Hillary Clinton's presidential campaign.

Here is an excerpt from Gensler’s conversation, which was moderated by AmCham China Chairman James Zimmerman:

James Zimmerman: What would you say to your counterparts in the Chinese government?

Gary Gensler: Markets work best when they’re transparent. If you lower the price of getting information, everyone tends to benefit. In terms of China, they still have a ways to go on this transparency issue. The second thing I would say is to look for risk wherever risk can bubble up. Third, it’s best that the government steps aside on pricing and allocation. When you have a thumb on the scale, you tend to have imbalances in the economy and I suspect there may be some imbalances in (the Chinese) economy.

Stay tuned for an extended version of this interview soon on amchamchina.org.