You are here:
Asia in FocusIssuesNews 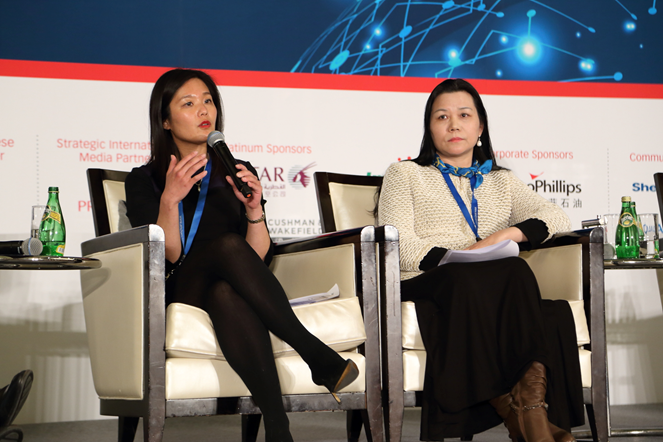 The draft of a foreign NGO law that caused concern for many in the sector remains a draft – a modest victory, according to Scott Kennedy, moderator of the APCAC panel on Strategic Corporate Social Responsibility on Friday, April 15. It remains “dormant, hiding someplace, we're not sure where,” said Kennedy, Deputy Director of the Freeman Chair in China Studies at the Center for Strategic and International Studies. The law colored much of the panel's comments.

“Chinese foundations tend to implement initiatives themselves or give grants to government entities. Grassroots NGOs are in a tenuous situation. They're starving when there’s plenty.”

“The creation of the international NGO law had not been very open until the draft was released last May. But since then, organizations like the Asia Foundation and AmCham China have submitted comments, and there have been many other opportunities for NGOs and scholars to submit their comments.”

“In 2014, the total amount of donations in China reached RMB 100 billion for the first time since 2008, which was a special case with the Wenchuan earthquake. Close to 70 percent came from the corporate sector.”

“For Chinese foundations, grant-making is a new thing. They don’t understand it or lack the skills to apply grant-making procedures.”

“I just came from the US Ambassador's residence, where we jointly organized an event to discuss the charity law specifically. According to legal scholars working on this law, this is the beginning. It’s a good time for all of us to express opinions about this. Let’s treat it as an opportunity to influence government and lawmakers.”

“Pre-2006, our giving was very scattered. With all the money, where is the impact? We decided to take an approach that was much more strategic in terms of how we're creating value for society.”

“In most of the emerging markets, investing in small and medium enterprises is the best way to grow a country's GDP. And we picked women as our focus because studies have shown that investing in women's empowerment helps society and the economy.”

Anke Schrader, Researcher of China Center for Economics and Business at The Conference Board

“The key challenge we have right now and over next decade is around governance and transparency issues.”

“One of the most obvious (challenges with the foreign NGO draft law) is direct registration. You’d have to register with the Ministry of Civil Affairs but also a political supervisory unit.”

“My understanding is that this new law is to regulate charity organizations instead of donors. Pepsico is a donor. To us, so far, I don’t see any negative impact on our CSR work in China.”

“For CSR work, we don’t discuss the return at the very beginning. Instead, we define the things we should do.”