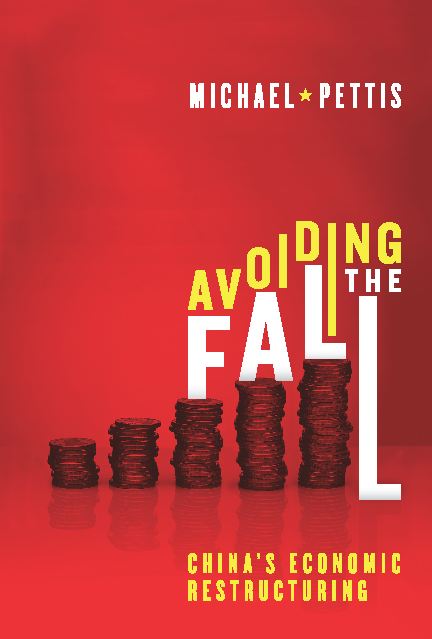 China’s economy is slowing. For Michael Pettis, author of Avoiding the Fall: China’s Economic Restructuring, the reasons are clear, and it is just the beginning. Investment as a share of GDP has been far too high in China for far too long while household consumption as a share of GDP has been much too low. Many China bulls speculate about the ways in which China will maintain 7 to 8 percent GDP growth over the coming decade. If you ask Pettis, China has less than four years to figure out how to rebalance its economy in order to maintain just 3 to 4 percent growth.

Avoiding the Fall is a compelling read for anyone interested in the economic challenges currently facing China. It helps to demystify the country’s awe-inspiring rise in recent years as the author takes the audience through a wide array of economic concepts in an accessible 150 pages. The book is timely, especially for those living in-country, as it feels like you have a front row seat to what Pettis is describing unfolding around you. If you have ever puzzled at the grand, but empty, new apartment complexes, marvelled at seemingly numberless new infrastructure projects or felt like small cities seem to spring up out of the ground and wondered, “How is this possible?” – this book has an answer.

Pettis argues that financial repression is at the core of the issue, wherein interest rates are kept artificially low. In China, nearly all household savings are deposited in bank accounts due in large part to lack of good investment options and restrictions on moving capital out of the country. The interest rates for these bank accounts are set very low by China’s central bank, the People’s Bank of China (at the direction of the State Council), which makes loans less expensive for borrowers.

Whenever banks lend money for infrastructure or other projects, wealth is transferred from the household sector to the state sector through bank deposits because of these artificially low interest rates. Cheap borrowing and an implicit guarantee from the government against loan default have caused severe misallocation of investment. In essence, the private sector subsidizes the state sector, and the distortion has made investment the driver of China’s GDP growth for years. This is a problem especially in light of the fact that a relatively large proportion of these projects have not made a return on the initial investment. Pettis argues that in the next three to four years, China’s debt capacity limit will be reached and the system will break.

The question is if the problem can be fixed before then. Pettis lays out six possible scenarios in which China could rebalance, some more painful than others. In the first, Beijing changes nothing. High investment growth rates are maintained until the country reaches its debt capacity limits, at which point investment will suddenly halt, forcing up household consumption as a share of GDP while causing the economy to contract.

The second scenario is one in which Beijing quickly reverses transfers of wealth from the state sector to the household sector by significantly raising real interest rates, which would increase the foreign exchange value of the renminbi by 10 to 20 percent in one fell swoop, causing wages to increase. The government could also lower income and consumption taxes. As an alternative, Pettis’ third scenario is a slower version of the second scenario.

The fourth involves privatization of state sector assets and using the funds to directly and indirectly increase household wealth. The fifth involves a more indirect transfer of wealth from the state to private sector through government absorption of private-sector debt. The final scenario Pettis offers is one in which Beijing lowers investment drastically but mitigates the employment damage from the resulting collapse in growth by hiring unemployed Chinese workers for make-work programs and by paying them with state money.

Pettis gives a nod to the economic and political challenges associated with each of the six scenarios. Other than the first, where Beijing changes nothing, there will likely be resistance from powerful Chinese state-owned enterprises and some of China’s most powerful families with vested interests in the current system. Scenario four’s privatization of state assets would likely be one such action to trigger pushback. Then there is the time constraint to consider, making options like scenario three’s slow increase of real interest rates too slow to head off the approaching debt capacity limit. In short, there are costs associated with each option, some political and some economic.

It is difficult to know what is going to happen in China a week from now, much less three or four years. That is all the more reason why Pettis’ concrete timeline and bold assertions make Avoiding the Fall a not-to-miss book.