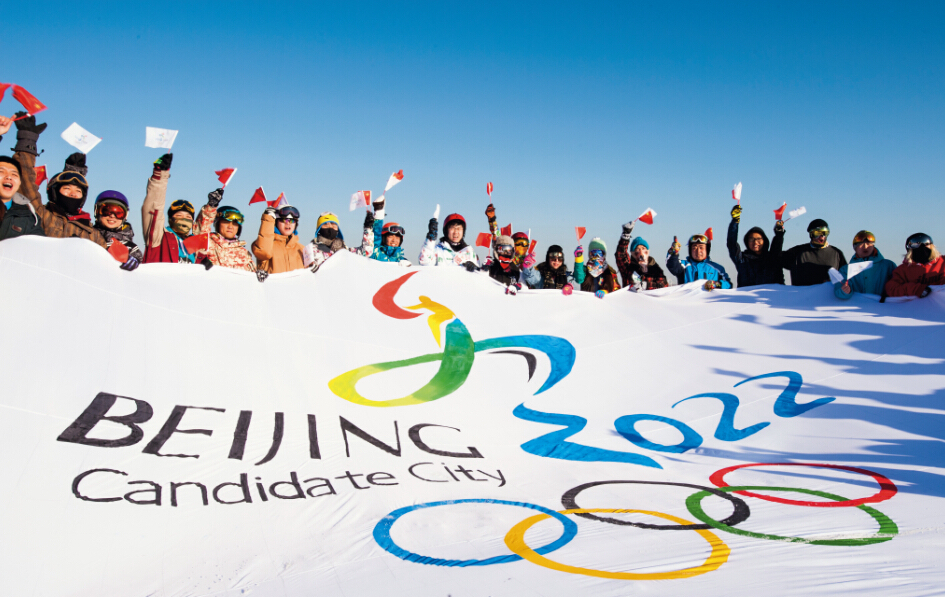 It's official: Beijing has beat out Almaty, Kazakhstan, to host the 2022 Winter Olympics. China's winter sports market is set to build on this momentum.

“We here at Beijing 2022 are confident in our belief that hosting a variety of high-level international sports events in the Beijing-Yanqing, Zhangjiakou area will create a year-round sports practice in China and develop a new world winter sports market in East Asia,” said Xu Jicheng, Deputy Director of Communications and Spokesperson of the Beijing 2022 Bid Committee’s media office.

While the 2022 games stand as the perfect catalyst to propel the industry to the next level, the market for wintry niche sports has already made leaps and bounds throughout the country. One such story is Vermont-based snowboard company Burton, an AmCham China member company. Israel Maynard, Director of Sales and Marketing for Burton’s Mainland China operations, outlined the methods through which Burton is adapting to the new market. Beyond transitioning to lifestyle goods to appeal to Chinese consumers, the company is focusing on providing kids with the means to learn how to ride.

“There are seven partnership resorts around China where Burton is reaching enthusiasts, providing coaching for instructors, and proper gear for them to use,” Maynard said.

Strong private investment and marketing reinforced by monumental government infrastructure projects linking large urban areas with mountainous regions has yielded 400 new ski resorts and a consistent increase in skiers over the past decade. Zhangjiakou ski areas (3.5 hours northeast of Beijing), the area proposed for the cross-country and downhill ski events at the 2022 games, drew 1.5 million tourists this past February, sustaining a 25 percent year on year increase.

For hockey fanatics, the National Hockey League’s Toronto Maple Leafs “attract a larger television audience in China than they do in Canada, despite broadcasts having to start at 6 or 7am,” Xu said. Chinese interest in the fast physical ice sport seems likely to accelerate in the coming years following the June 2015 announcement of Song Andong, the first Chinese player drafted into the NHL. Electing to first attend college, the Beijing native will join the New York Islanders within the next five years. Song plans to join the Chinese National Hockey Team at the 2022 Olympic Games as excitement surrounding the sport continues to build.

Over the last 50 years, the cost of hosting the Olympic Games has increased at a seemingly uncontrollable pace. Recent games have concluded with staggering totals, such as Sochi 2014’s $51 billion. Bloomberg Business has pointed to the $15 billion spent on the 2004 Athens Summer Olympics as a major cause of the country’s current debt crisis. This development has created a global sentiment that hosting the international spectacle is no longer a worthwhile cause.

Before the bid was narrowed down to Beijing and Almaty, many cities dropped out, including Oslo, Stockholm, Krakow, Munich and St. Moritz (Switzerland), due to financial and public opinion reasons.

In order to mitigate these fears, Beijing 2022 has taken “careful, measured steps in ensuring that all relevant budgets place an emphasis on cost reduction,” Xu said. In contrast with the $44 billion spent on Beijing’s 2008 summer games, the Beijing 2022 committee has drawn out a $3 billion budget divided evenly between operations and infrastructure costs.

According to Xu, this smaller price tag is due to the reuse of preexisting facilities and sharing the financial burden with private enterprise. Of the facilities needed for the games, the National Speed Skating Stadium will be the only ground-up construction. According to the Olympic committee, the goal is to have private investment account for 60 percent of non-Olympic Committee infrastructure. In addition to sporting venues, the Olympic villages at each of the three venues will be fully private investments expected to be converted into hotels and residential apartments following the games. Beyond efforts to cut costs, Beijing 2022’s marketing revenue target is $858 million. This number includes sponsorship, licensing and ticketing returns.

Those in winter sports-related businesses are surely celebrating in the wake of the July 31 announcement. The industry is primed to take the downhill dive into high-speed growth.