You are here:
Industry  IssuesNewsTech and Innovation Initiative 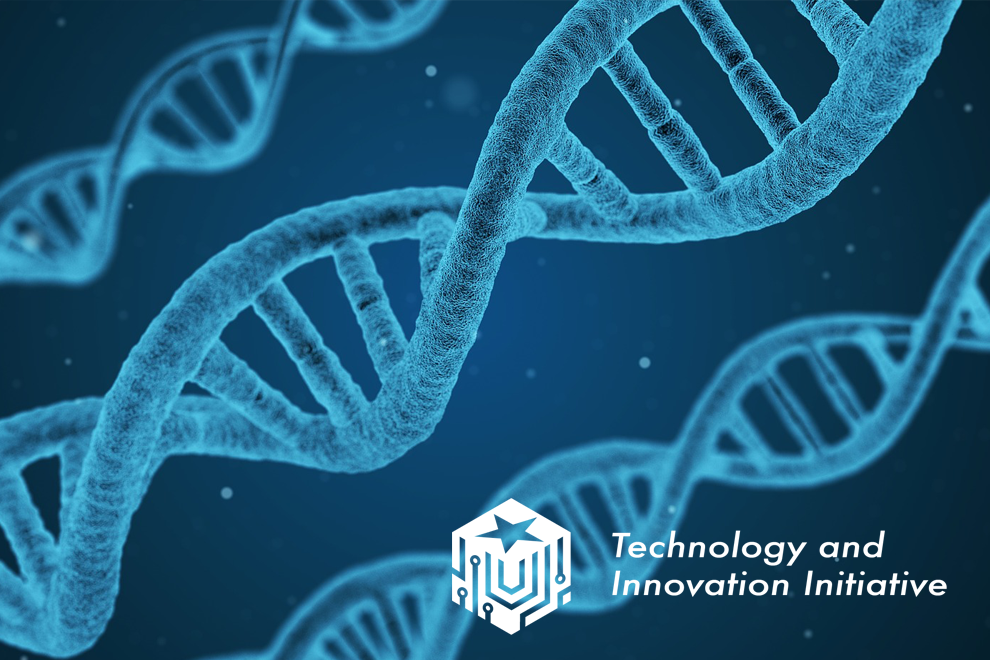 In the ever-expanding world of disruptive technology, there is an overflow of possibility. The technological boom that continues to rivet multiple industries is continuing forward with momentum. At AmCham China, the Technology and Innovation (T&I) Initiative promotes “insight and collaboration” to help members navigate and thrive in this technologically-advancing environment. As a part of this initiative, AmCham China hopes to provide insight on the fundamentals and applications of specific technologies through varied content. One technology driving the incredible motion of innovation forward is biotechnology.

Biotechnology generally refers to “the use of an organism, or component of an organism, for a specific use,” (Khan Academy). More specifically, biotechnology can include the manipulation of tissue, DNA, and desired effect of an organism’s innate functions. Biotechnology is the crossroad of hardware, software, and the most complicated machines in the world: living organisms. The relationship between the three is symbiotic: each supports and relies on the other. The thriving economy of biotechnology lives at the crossroad of technology and medicine, and is currently being driven by massive amounts of money and research – by just March of 2018, US $2.8 billion was poured into biotech startups over the year-to-date.

Applications of biotechnology are endless, and can reach us through several avenues. Beer-brewing technology involves biotechnological processes—fungi in the form of yeast are used in the fermentation of malted barley sugar. The same type of technology that makes craft beer has the power to edit DNA.

DNA technology is a biotechnology that involves editing the genome, which acts like a genetic instruction manual. Applications of DNA in biotechnology are found in cloning, gel electrophoresis, and DNA sequencing. The human genome is composed of four base components, much like binary code (which is composed of two base components). The genome can be treated like software binary via this similarity, and edited to delete or replace incorrect DNA sequences. By just 2002, scientists at Watson Labs were already learning how to code and program DNA – the leap from one base pair (the 1s and 0s of binary) to two base pairs (ATCG, the building blocks of DNA) was apparently not too large.

In the broad and fast-growing field of biotechnology, the most controversy, attention, and policy revolves around manipulation of the genome. In China, the policy that surrounds biotechnology is the least restrictive. Scientists in China in multiple research hospitals have conducted high-quantity trials, and have continued to make progress since the first International World Summit on Gene-Editing Technologies in 2015. China has become an industry leader in gene-editing technology, and has the capacity to continue dominating the biotechnology industry.

The lax regulatory policy in China gives researchers more freedom by which to develop and understand their biotechnologies. In the agricultural CRISPR industry, China has dominated the field. According to Emerging Topics in Life Sciences (2017) 1 169-182, China contributed 42 percent of the world’s published articles agricultural CRISPR research from 2014-2017. Comparatively, the second-highest volume came from the United States at 19 percent, less than half of China.

Why is biotechnology important in business? Like other technologies, it has the power to revolutionize. With upcoming advancements in disruptive technologies such as artificial intelligence (AI), data processing power, and blockchain, society is changing. Biotechnology has a large capacity to revolutionize medicine. Through creation and continued improvement of CRISPR-cas9 gene editing, bionic limbs, and brain-machine interfaces, we can redefine which diseases are treatable and untreatable. These tools are not only useful for improving research quality and efficiency, but for real-life, practical solutions for healing and investigation.

Disease prevention, patient life quality, and utilization of the most modern technologies are achieved through biotechnology in the medical field. In the biotechnological market, there is a strong will to do whatever is necessary to obtain the most updated technologies, a process called “biocapitalism.” People are willing to travel far and wide in search of healthcare-related, agricultural, and other industry-specific solutions. As biotechnological systems develop through research, the market will continue to become competitive and demand will skyrocket.

Software, hardware, and manipulable tissues make up the “equipment” of biotechnology. The interactions between these three highly-involved pieces produce incredible, innovative results. In China, a heavy volume of clinical trials and research programs are started each year. Annually, there are more and more developments to a specific genome-editing system: CRISPR. Scientists globally are researching CRISPR and its capabilities, but China is by far the industry leader. CRISPR technology has the amazing power to eradicate HIV/AIDS in living patients. As researchers continue to illuminate risks and benefits, biotechnology will continue to grow and be released into the general medical field (outside of research settings).

Biotechnology is at the front of the minds of researchers, global policy makers, business people, and should be on the minds of everyone. The future of gene-editing technology is no longer science fiction: it is here and now.

A patient with robotic limbs: Clinicians and researchers brought software, hardware, and somatic tissue together in 2014 to achieve this medical milestone.