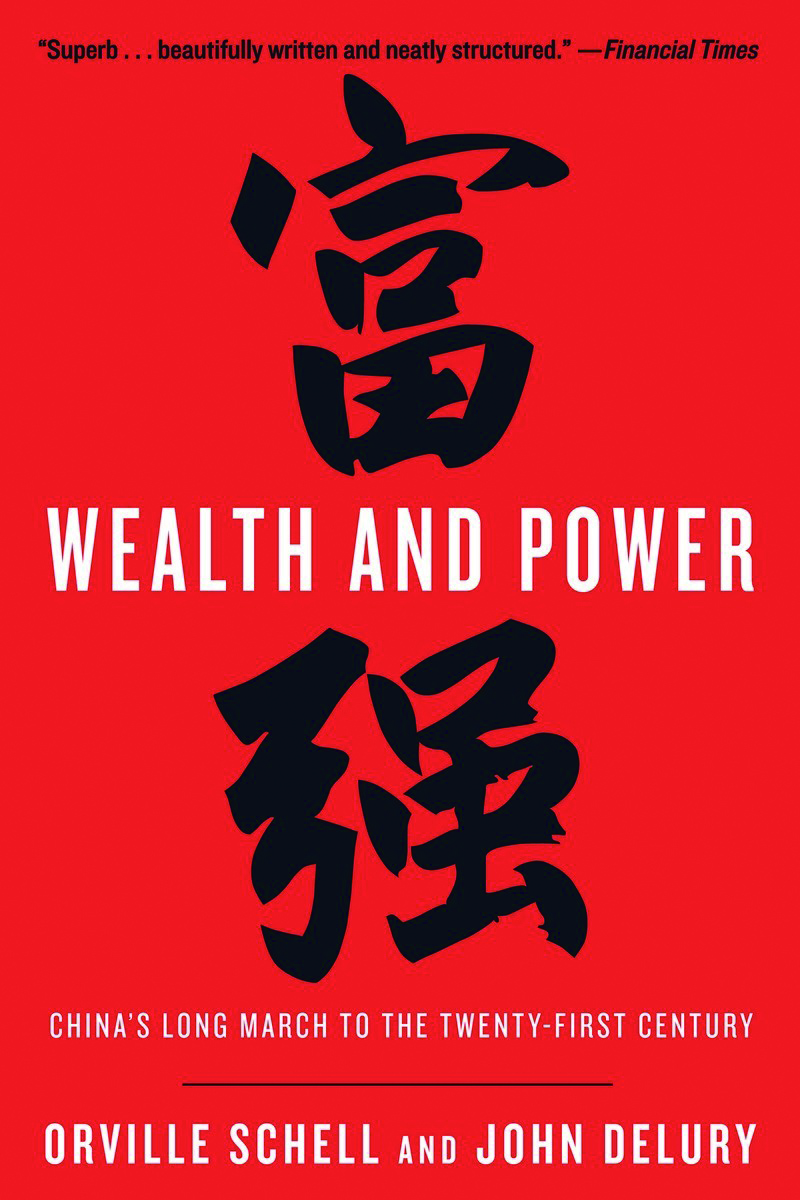 As readers of Wealth and Power: China’s Long March to the Twenty-First Century, we are fortunate that this story of China’s rise from humiliation to rejuvenation has been put forth by two leading authorities on China: Orville Schell, an award-wining author and veteran Sinologist, and John Delury, a rising scholar on Korea and China. Schell and Delury look at China’s past leaders and thinkers to observe China’s climb. In doing so, they uncover a common determination that unites the diverse figures they portray: the search for wealth and power (fuqiang).

Wealth and Power offers an important review of China’s political history by profiling 11 iconic influencers, leaders, thinkers and activists, all of whom have played a significant role in China’s rise in the face of a long history of humiliation. In dealing with the scars left behind by what was perceived domestically as “external aggression” and “unequal treaties,” each influencer sought to unify the country they loved, develop wealth and thwart instability. Each leader attempted in his or her own way to restore China to a position of greatness. Each led in search of wealth and power for their beloved country.

Quoting Jiang Zemin, the authors reveal “all endeavors by the Chinese people for the 100 years from the mid-20th century to the mid-21st century are for the purpose of making our motherland strong, the people prosperous, and the nation immensely rejuvenated.”

From its historical weaknesses, China became stronger. Spanning over a hundred years of leaders, the authors allow us to contemplate Wei Yuan, Empress Dowager Cixi, Sun Yat-sen, Chiang Kai-shek, Mao Zedong, Deng Xiaoping and Li Xiaobo as they individually attempted to place China on a new and steady course by incorporating various ideologies to manage reform, from Confucianism to Christianity and Marxism to capitalism, as means to rejuvenate and restore their country.

In Wealth and Power, the extraordinary evolution of China’s national revival underscores that China has wrestled with its own development and even today, the leaders feel strongly connected to that historical narrative. When Xi Jinping stepped on the stage in the Great Hall of the People in 2012, he announced, “Since its founding, the Communist Party of China has made great sacrifices and forged ahead against all odds. It has rallied and led the Chinese people in transforming the poor and backward Old China into an increasingly prosperous and powerful New China.”

The next day, as the authors point out, Xi led members of the new Standing Committee on a highly visible visit to the National Museum to see the exhibition Road to Rejuvenation. As it was recounted in Xi’s words following the guided tour, the current leaders believe that “this nation of ours suffered very gravely after the beginning of the modern era, it made enormous sacrifices, such as been rarely seen in the history of the world. But because the Chinese people have never surrendered, and incessantly rose with force and spirit to resist, we grasped hold of our own fate in the end.” The authors convey that in doing so, “China has finally learned how to effectively borrow from the West.” One can simply point to the country’s booming, modern skyline and the talk of the “Chinese dream” as proof.

A timely account of China’s rise, Wealth and Power marches us right up to China’s current status, one of increasing economic and military strength. But for all its modern underpinnings of wealth and power, the story of China and its future is waiting to be told. Although the next chapter is far from certain, I hope these two authors continue to analyze and put to paper their observations so we might better understand China’s present and have insight into the future of this nation’s ongoing and complex evolution.

Liz Haenle is the Co-founder and President of SAGE Worldwide, a speakers bureau that represents speakers who have expertise on Greater Asia. A resident of Beijing, Haenle is a student of China past and present.