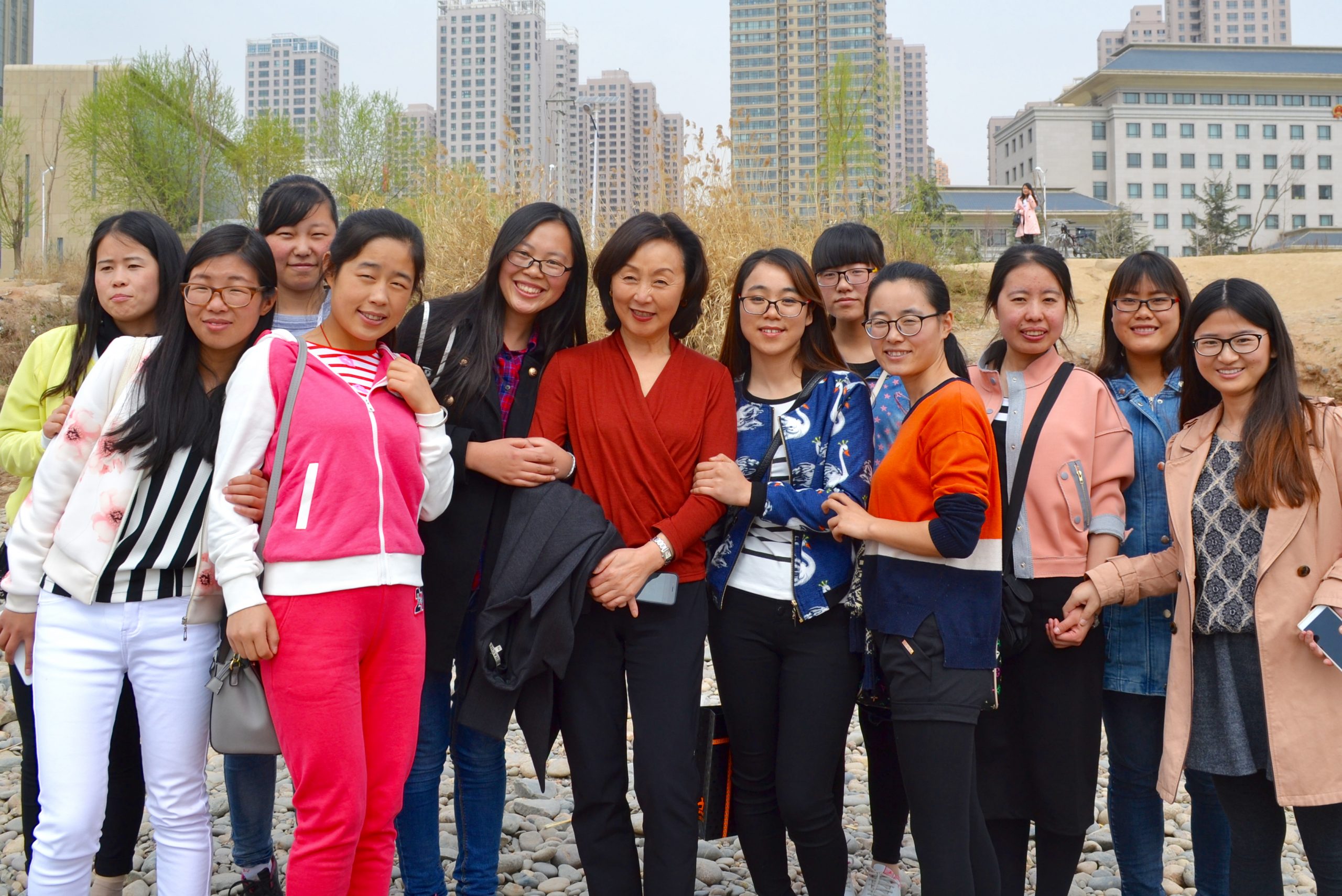 Editor's note: AmCham China is hosting an event about the Foreign NGO Management Law on May 19, featuring speakers from the Ford Foundation, the Conference Board, Wilmer Hale, and moderated by Jim Gradoville. Sign up here.

By Aurelia Kassatly and Bridget Riley

Foreign non-governmental organizations (NGOs) have always operated in a bit of a gray area in China, so a new law passed April 28 should bring some clarity to the situation. A draft released last year attracted a great deal of interest from not just NGOs but also companies, who feared that the legislation didn’t just reduce the gray area – it made most of it black. The law that was finally passed and will take effect Jan. 1, 2017, seemed to rein in some of the most excessive requirements, but still introduces a high level of oversight and scrutiny from China’s security apparatus, and a soon-to-be-released catalog will outline areas of permitted activity. The result is that many foreign NGOs, including some in AmCham China's membership, will have to change how they operate in China.

For example, Ching Tien, a native of China who immigrated to Canada, set up Educating Girls of Rural China (EGRC) as a foreign NGO, but will now try to set it up as a local organization. She explains the choice very simply: “EGRC cannot function well under the new law. So we are planning to register as a Chinese NGO.”

Tien's rugged pragmatism is the type her organization and those like it will need to survive as governments around the world tighten controls on the nonprofit sector.

“It isn't just in China that there has been this shift in how governments see foreign NGOs,” says Elizabeth Knup, China Representative for the Ford Foundation, which established a Beijing office in 1988. (See a full interview with Knup.) “Because we’re a global foundation, (we saw) things were happening in Russia and India, too, all related to the environment for foreign NGOs.”

Last year, the MacArthur Foundation – famous for its “genius grants” – left Russia after two decades in the country. Russia had passed a law allowing prosecutors to categorize foreign NGOs as “undesirable” if they were seen as threatening to Russia's security and constitutional order. James Zimmerman, Chairman of AmCham China, says China's foreign NGO management law is also founded on national security fears.

"Treating foreign NGOs as primarily a security threat undermines not just the ability of those organizations to benefit China, but also the ability of companies to do business here," Zimmerman says.

While foreign NGOs read up on the new law and figure out how to best comply, the entire American businesses community in China will need to look closely at how their organizations engage with Chinese society. What is the role of American business in Chinese society in 2016? The answer requires constant revision, never more so than now.

Studies show that attitudes in China toward the role of business have changed. In this year's Edelman Trust Barometer, 87 percent of respondents in China agreed with the statement: “A company can take specific actions that both increase profits and improve the economic and social conditions in the community where it operates.” That's a nine-point increase from 2015. Increasingly, China is looking to business to help solve societal problems such as education, poverty and the environment.

The United Nations Global Compact reports that Chinese businesspeople agreed that being on the Fortune 500 list “is not sufficient in maintaining competitiveness in global markets.” Instead, “companies must evolve, particularly in the area of CSR (corporate social responsibility), if they are to achieve their lofty goals.” American businesses will need to evolve now in order to best create impact in the changing environment around social engagement.

From building GDP to building society

When China opened up to foreign companies and investment in 1979, the country's GDP was a slim $216 billion and the third sector was largely off-limits to any non-government entities. Nearly 40 years later, China's GDP is a barrel-chested $9.5 trillion, and there are between 7,000 and 10,000 foreign NGOs operating inside the country.

Conditions for foreign organizations in the early 1980s were starkly different: foreign nationals working in Beijing were nearly all required to live at the Jiangguo Hotel, and, according to Peter Lighte, a former Jiangguo resident and Chairman of AmCham China in 1983-4, the idea of “giving back” wasn't in the vocabulary during that era.

“In the early '80s you couldn't give anything back,” Lighte says. “If you bought goods for Chinese friends (at the Friendship Stores), they could get in trouble.”

Contrast that with today, when foreigners and Chinese live and work side by side, and MNCs vie for recognition at the China CSR Awards. The American Ball has become one of AmCham China's signature events, raising $1.5 million for local charities through sponsorships and auctions.

In the years between the Jiangguo Hotel residencies and the American Ball, it wasn't just the government that took a different stance toward how organizations should participate in civil society. A seismic shift of ideas toward giving back took place within the corporate sector as well. Companies didn't want to just give money, they wanted to change the world.

“Pre-2006, our giving was very scattered. It wasn't strategic,” says Wenchi Yu, Asia pacific Head for Corporate Engagement at Goldman Sachs. “It was hard to articulate what kind of impact we were creating for society, despite the billions we had given.”

Goldman has a long-held philanthropic focus in its culture. When moving up in the company, executives were expected to make significant contributions to causes of their choosing. Without any focus to these individuals' donations, though, it was hard to show the impact of their generous actions. The firm decided to take a more strategic approach to creating shared value for society, and began gathering data (“this is a firm that cares a lot about numbers,” Yu notes) on how to help people in developing markets. The outcome of all that number crunching and analysis? “If we were going to really invest, small and medium-sized enterprises were the best way to grow the country's GDP,” Yu says. Additionally, Goldman concluded that focusing on female entrepreneurs could funnel more money into families and education.

Putting these ideas to practice in China, Goldman partnered with prominent business schools and created a curriculum for underserved female entrepreneurs as part of a global 10,000 Women initiative. From the 2,200-plus women Goldman has trained since 2008, 60 percent saw an increase in revenue for their businesses, 70 percent increased their headcount and 90 percent were able to give back to society.

“There's a lot of political will and wealth in China,” Yu said. “However, you now see more thinking and strategy through social investment.”

Building a successful, sustainable business in China requires a company to look at more than profits. Goldman found the best way it could contribute was to utilize the strengths it's already known for – facilitating investment and capital flow – and harnessing them for the good of China's underserved entrepreneurs.

“We're best when we not only help our clients but also the community and society to develop,” Yu says.

Today, strategic good works have replaced the checkbook. Like Goldman, many companies look to build up Chinese society with the skills they already possess in-house. For some companies, this can mean using their skills to lift up local NGOs, as well. As Badr Jafar, social entrepreneur and founder of the Pearl Initiative, puts it: “The nonprofit sector can learn a lot by examining the best – and worst – practices on display in the business sector.”

Nonprofits are expected to maintain exceptionally low overhead costs. A survey of 5,500 nonprofits in the US by Charity Navigator found that, on average, 75 percent of nonprofit budgets go toward projects, 10 percent goes to fundraising and 15 percent goes towards operating expenses and overhead. This compares to 25 percent spent on operating expenses in the private sector, which is, in most cases, 25 percent of a much larger revenue stream. For EGRC, founder Tien says she kept operating costs to just 4 percent in the first seven years of operation. On this shoestring budget, where Tien didn't take a salary until recent years, the organization has been able to educate a total of 592 girls since launching in 2005. That's an impressive feat of controlling costs any for-profit would admire.

But others worry that the constant pressure to keep costs low in an NGO may keep them from being able to spend resources on reporting impact and other activities that help build trust with the public.

“How can you build trust when you can't see into the organization?” asks Callum Douglas, head of the China CSR team for PricewaterhouseCoopers (PwC). According to Douglas, the time is ripe for nonprofits to learn from some of the corporate governance, transparency and financial management practices of the corporate sector.

PwC’s CSR program aims to do just that. Born as a result of the Red Cross scandal in China (an isolated but high-profile case) and an awareness among PwC’s CSR team that although the allegations were untrue, the Red Cross lacked the capacity and the knowledge to respond to such accusations and convey their message in the midst of a media maelstrom. Started in Hong Kong, but subsequently expanded into Beijing and Shanghai, PwC runs two programs that leverage the collective knowledge and expertise in tax, strategic management, financial transparency and accounting of the firm’s thousands of staff in China with the mission of building trust and transparency in civil society.

Since 2013, over 600 leaders in nonprofits and civil society across Hong Kong and China have participated in PwC’s training platform for NGOs and social enterprises to learn about transparency, governance and best practices that can be applied to their work. Teachings from these half-day trainings are further built on by PwC’s NGO mentoring program which pairs nonprofit leaders with consultants at PwC who help build capacity among NGO teams in Shanghai, Beijing, and Hong Kong and provide guidance to NGOs on how to adopt better governance and transparency practices in their operations.

Building on this success, PwC plans to expand the program in September 2016 with the launch of a manual on financial reporting, compliance, accounting and transparency guidelines for NGOs, compiled in partnership with China’s Philanthropy Research Institute.

There's no I in CSR

Just as PwC teamed up to better effect change, many other American companies have found success in selecting partners for CSR work.

Going back to Goldman's work, Yu says the company focuses on public-private partnerships and synergies. For the 10,000 Women project, they worked with China's most elite universities, and for another program aimed at increasing awareness of breast cancer in China, they collaborated at length with the government-organized NGO All-China Women's Federation, which resulted in an increase of awareness of 35 percent and a 40 percent uptick in screenings.

“Aligning our giving with government initiatives helps the impact of the program,” Yu says. Additionally, she points out, these efforts help the business's conversations with the government.

Partnerships with China's government-organized NGOs also come with another benefit: alignment with the government's larger goals. Social change happens over the long-term, so aligning CSR goals with government priorities such as education and poverty elimination can allow a company to see a measure through.

Tien of EGRC is certainly in it for the long haul. A veteran of the “sent-down youth,” she knows changes can be navigated, and obstacles can be overcome. Her organization won't stop its mission; it will adapt to the environment. That's what it takes to succeed in China, after all, for for-profits and nonprofits alike.

Aurelia Kassatly is the Director of Member Operations at AmCham China. Bridget Riley is the Editor of Business Now. Lily Rogers and Christopher Small contributed research to this story.