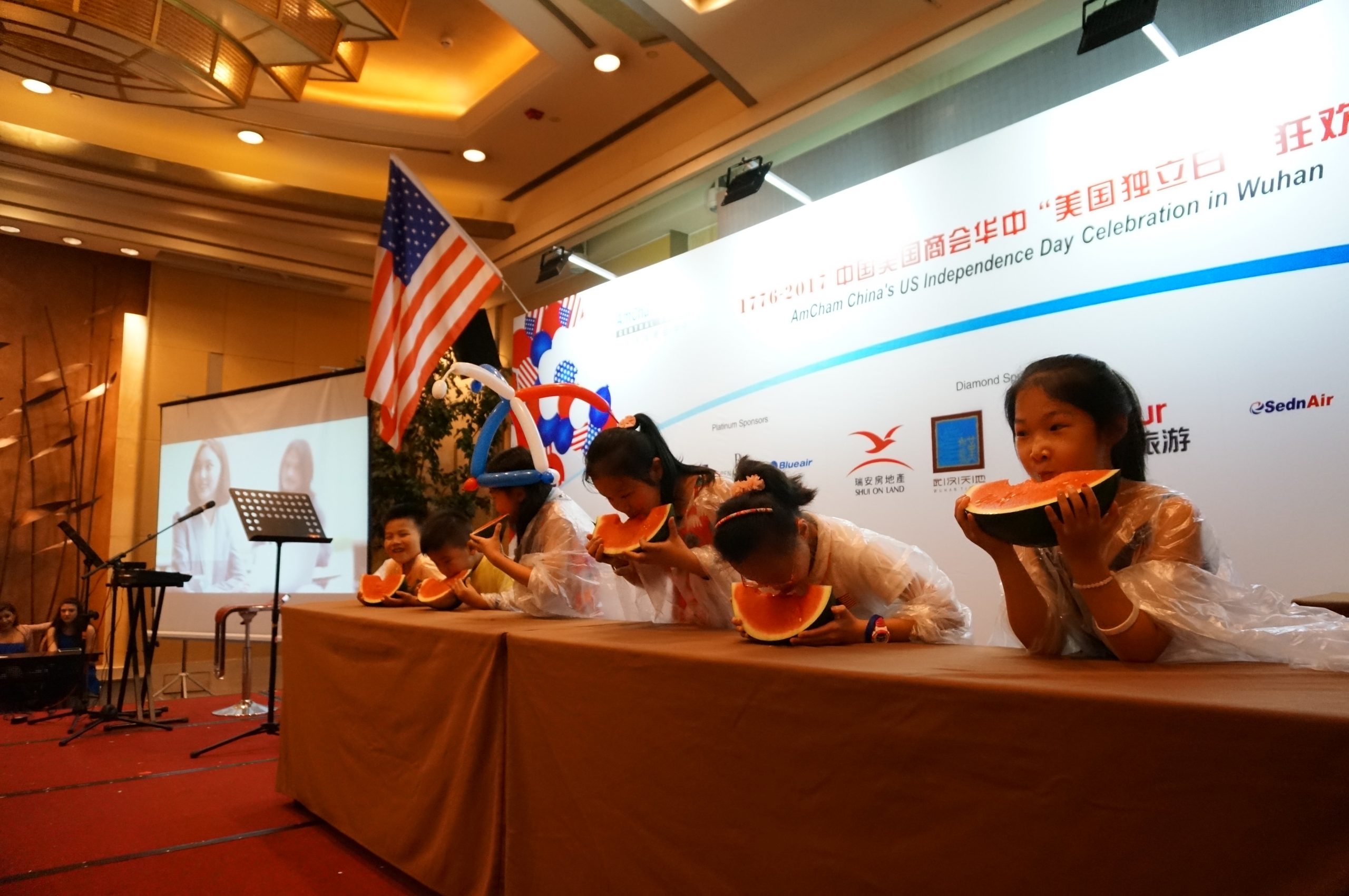 Guests spent a pleasurable evening enjoying live music, food and drinks, and many traditional July 4 activities, such as a watermelon eating contest, a quiz for children with awesome prizes, and a lucky draw for the adults. The lucky draw prizes included two round-trip airplane tickets from Shanghai to Guam provided by United Airlines, top-rated air  purification systems sponsored by Blueair, a one-night stay in the Presidential Suite at Hilton Wuhan Riverside for two people, a buffet coupon for 2 people at the InterContinental Hotel,  and many more.

This year’s event was a huge success for the community and was made possible by the generous support of the event’s sponsors.