You are here:
IssuesNewsTianjin Chapter News 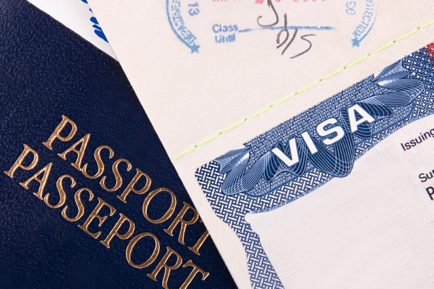 However, these reforms go beyond streamlining the work permit application process, and now include provisions for classifying foreigners in a tiered system that ranks foreign applicants as “A,” “B,” or “C,” according to their skills, level of education, and Chinese proficiency. As this new system comes into effect, many AmCham China members fear that the changes may not only create an unwelcome environment for foreigners seeking to find employment in China, but also make it harder to attract talent.

From the Chinese government’s point of view, however, the ranking system makes it easier to distinguish which foreigners are bringing the most value to the Chinese job market. As the government simplifies the work permit application process, it also is attempting to be more discerning of the type of foreign talent entering the Chinese market.

To that end, the Class A permits will be for foreigners deemed “High-End” talent, with skills in areas deemed critical to the success of the Chinese economy. Class B permits, or “Foreign Professional Talents,” are for degree-holding foreigners with significant experience in a particular field. Finally, there are Class C permits, which are for “ordinary,” foreigners who occupy unskilled positions in seasonal industries.

An article published both in the Global Times and on SAFEA’s official website explains that the Chinese government aims to “strictly limit” the entry of Class C foreigners into China, while trying to incentivize a greater number of Class A professionals to bring their skills to bear in the Chinese economy.

For this talent management strategy to succeed, accurately distinguishing between “high-end” and “ordinary” talent becomes an essential task. The new policies will introduce a grading system based on skills, education, and language proficiency to provide a range of scores for each permit classification. Foreigners with scores of 60 points or below are given Class C permits, scores from 60 to 85 will receive Class B permits, and 85 or above will get a coveted Class A permit.

Though meant to be an objective system, overlap in the definitions and requirements at each level may increase subjectivity and confusion about the nuances of visa categorization. This is especially true of the Class A and Class B permits, where qualifications such as an advanced degree and specialized knowledge are likely to be held by members in both categories.

Unfortunately, this scenario does not seem be too far removed from reality. According to Michael Hart, Vice Chair of AmCham China – Tianjin Chapter, visa officers themselves are quite confused about official policy. “Feedback from the foreign business community has indicated that the staff tasked with processing the new A, B and C work permits may not be clear on the new policies,” he said. “Instead of streamlining the process, many foreign employees report getting a work permit processed is now a bigger challenge than ever before.”

As trepidation rises among expats, it has become increasingly apparent that there is a need for more clarification on the new work permit policies. Tian Hai Song, the Director of the Foreigners Working in China Division at the Tianjin Administration of Foreign Expert Affairs, recently met with members of AmCham China – Tianjin Chapter to directly address the concerns of the business community.

While Tian acknowledged the difficulty that businesses are having with the new policy, he also expressed confidence that the new rules are overall beneficial to all parties involved. “The application procedures are much simplified. Work permit notice[s] can be printed online by applicants themselves,” he said. “Foreigners can directly take the work permit notice to local embassy applying for work visa [sic].”

These changes come at a time when AmCham China members listed “insufficient talent” as the second largest challenge to innovation in the 2017 Business Climate Survey Report. The willingness of local government officials to directly engage with the business community at AmCham China seems to demonstrate that the government is aware of the concerns of the business community, and is working to address them.