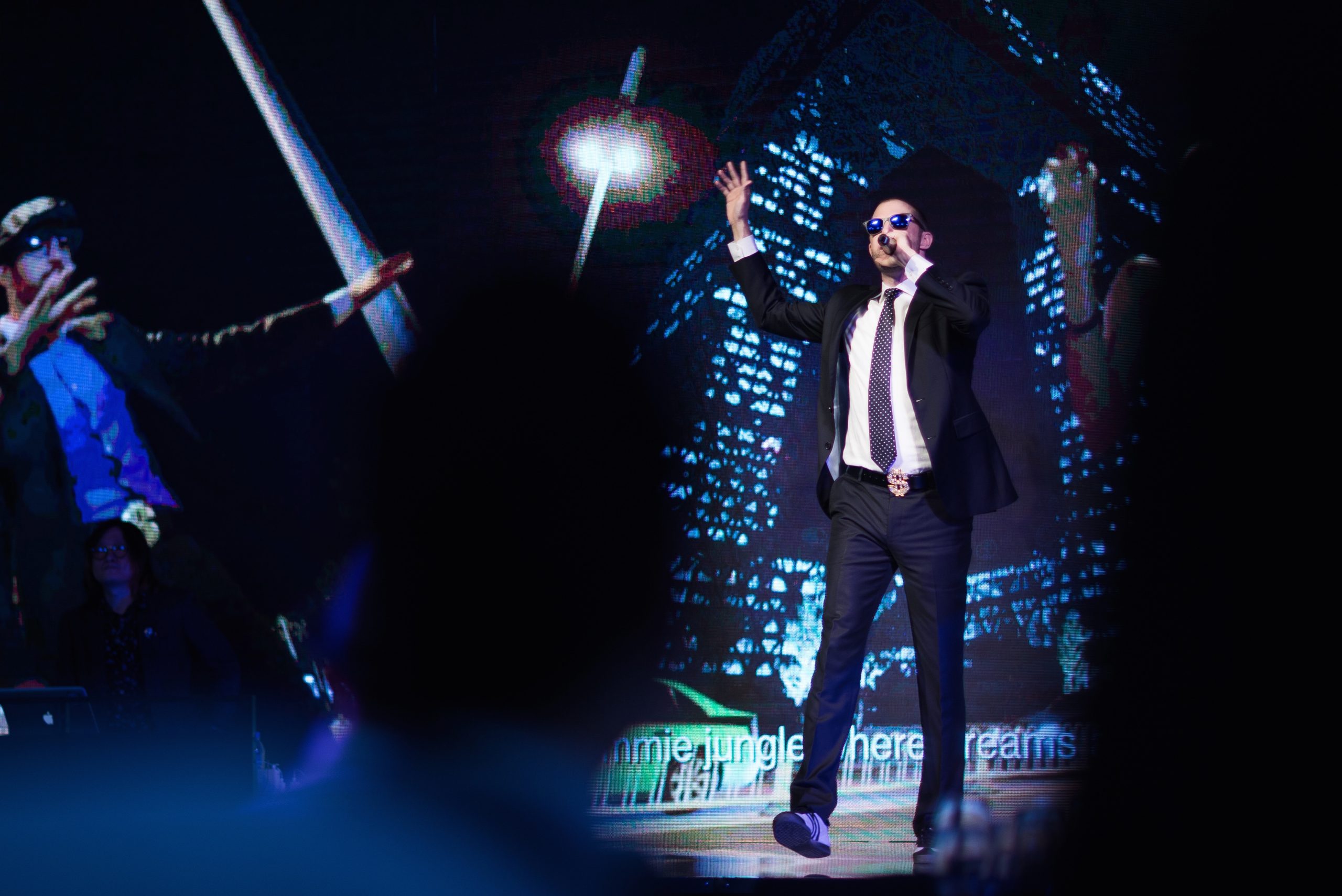 Held at the Grand Hyatt Beijing, the ball kicked off with a cocktail hour – with a twist. Beijing Improv intermingled with guests, breaking into impromptu songs and skits for attendees. As guests moved into the ballroom, Jing Sing gave a rousing a cappella rendition of the American national anthem. Chairman James Zimmerman also delivered an inspirational message, one of the chamber's charitable activities over the past 100 years, from providing famine relief in the 1920s to bringing members together to contribute $87 million to the Sichuan earthquake recovery efforts in 2008. Perhaps it was this call to action that inspired many to pull out their checkbooks during the live auction, which included a trip to the Maldives. A few bidding wars flared up, including one between former Chairman John Watkins and a table mate!

Next up, Beijing's own US-China business rapper took the stage. Andrew Dougherty, a member from the Capital Group, has made a name for himself in the CBD scene for his policy and finance-themed raps. For the ball, he performed “Beijing State of Mind,” a riff on Jay-Z and Alicia Keys' “Empire State of Mind.” The crowd jumped on their feet, took out their phones and swayed to the beat. He invited all to join in on the chorus of:

"Beijing, commie jungle where dreams are made of,

There’s nothing you can do

The sites will inspire you

And it was on this note that the dance floor opened up and quickly filled, including a lively group of students from Louisiana currently on a trip to Beijing thanks to the 100,000 Strong Foundation, which aims to increase the number of Americans who study Chinese and visit the country.

Hosted by AmCham China annually since 2003, the American Ball has raised more than $1.5 million for 20 charities.