Chairman: US Should Reconsider its AIIB Strategy 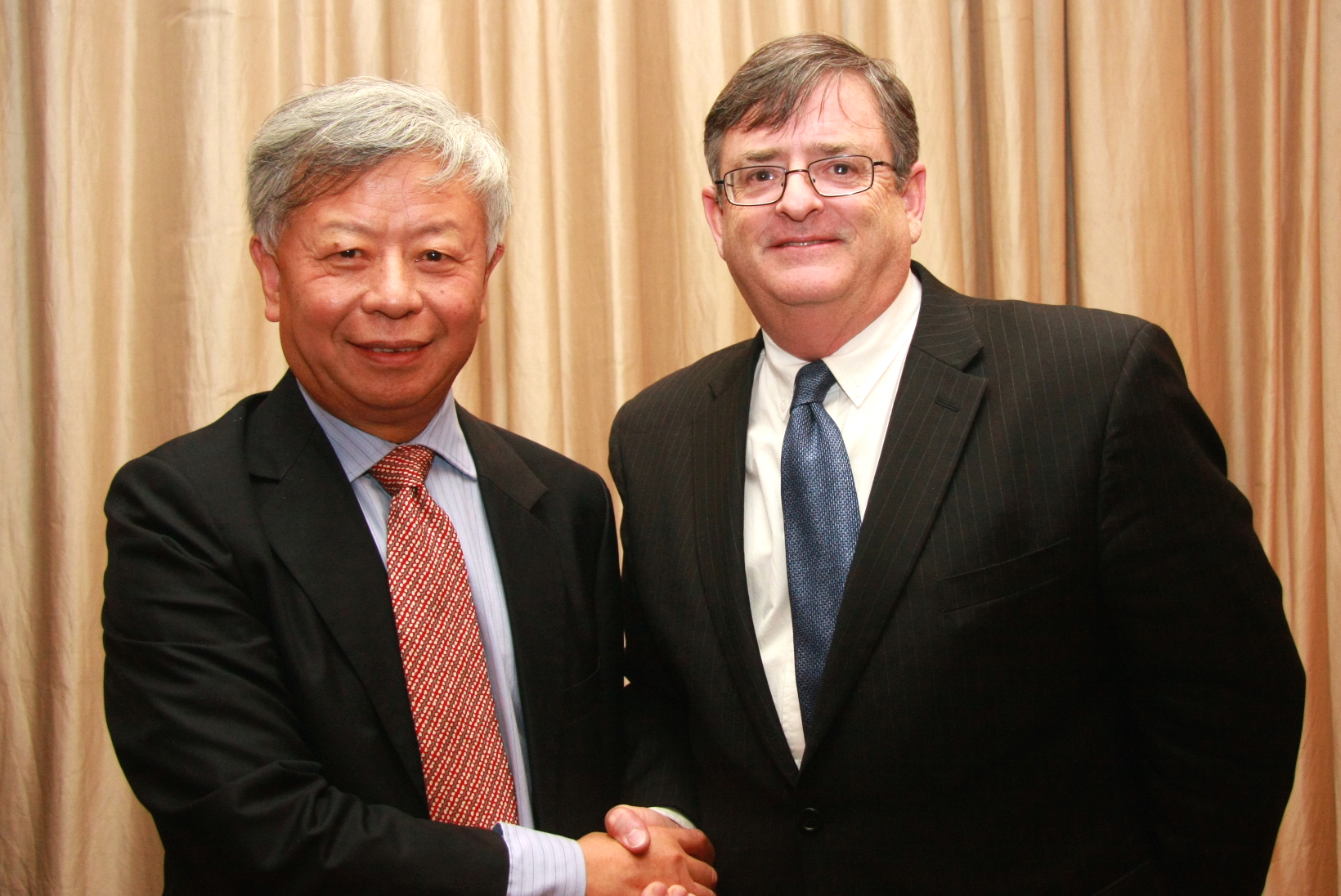 Hand in hand with China’s efforts to extend the reach of its currency around the world, the Chinese leadership launched the Asian Infrastructure Investment Bank (AIIB) in 2013, which is viewed as an alternative to existing institutions and designed to provide infrastructure funds to the Asia-Pacific region. Indeed, there is a big infrastructure gap in Asia, and China has the wherewithal to make a valuable contribution to the region.

A bigger issue for the American business community in China is Washington’s posture on the AIIB, which appeared to be poorly managed from the start and included diplomatic efforts by the US to encourage various trading partners to shy away from the AIIB. This resulted in much embarrassment with the announcement of major trading partners that joined the China-led AIIB, including the United Kingdom, Germany and Australia. As of December 2015, 56 states have signed the Articles of Agreement, 16 of which have ratified them, comprising 49.7 percent of the shares of all Prospective Founding Members. The AIIB was operational at the end of 2015. Among the Group of Seven (G7) industrialized countries, only the US, Canada and Japan appear to be the lone holdouts, and for a variety of reasons.

Washington’s issues with the AIIB are well-established and quite rational: the competition the AIIB poses to pre-existing development institutions such as the World Bank and Asian Development Bank, concerns over governance standards for the institution and the potential for weak safeguards within the AIIB, and the opportunity for China to micromanage and influence in order to extend its political reach in the region. Indeed, Washington views the $50 billion bank with suspicions as a soft power instrumentality of the Chinese government.

Washington’s effort to dissuade American allies from joining the bank is an embarrassing foreign policy blunder with significant long-term implications. Indeed, some view the US recalcitrance as a lost opportunity to help shape the AIIB as a founding member, and that the US should have been more willing to engage in discussion with China and others about the institution. Former US Treasury Secretary and Harvard University President Lawrence Summers reacted to the US refusal to participate in the AIIB as follows: "This past month may be remembered as the moment the United States lost its role as the underwriter of the global economic system."

Having said this, the management of the AIIB – led by the very capable Jin Liqun – has taken steps to ensure that high standards of governance are in place and the independence of the organization is maintained and insulated from the political whims of Beijing. The all-star seasoned cast of key staff members put together by Jin includes many of his former World Bank colleagues who know how to run an international financial institution.

The AmCham China Board of Governors had the opportunity to host president-designate Jin to a private dinner following the board’s November 2015 board meeting. It was a unique opportunity for the board to learn firsthand about the AIIB’s inner workings and status. All of us walked away with great admiration for Mr. Jin and his team’s efforts, and believe they are on the right track going forward.

The AIIB could indeed be an opportunity for China to demonstrate to the world that they can build an institution that meets internationally recognized standards. Equally important, the AIIB – as the brainchild of the Chinese leadership – is an opportunity to create a homegrown precedent for Chinese domestic institutions that are struggling to follow the rule of law in a manner that is free from political influence and intermeddling. The AIIB can indeed set the stage as a model and mentor for Chinese domestic governmental agencies and institutions.

The strategic issue is not whether the US should join the institution – which is near impossible given the challenges of obtaining authorization from Congress to pony up the cash for the new institution, and especially since at this time the only membership status would be without Prospective Founding Member status. Rather, the US strategy should be supportive of China’s efforts and, at the same time, to take steps to reform and improve the World Bank and Asian Development Bank as options for countries looking for financing opportunities. Through collaboration and cooperation, the various international institutions should be able to collectively play a constructive role in the ongoing development of the Asia-Pacific Region.