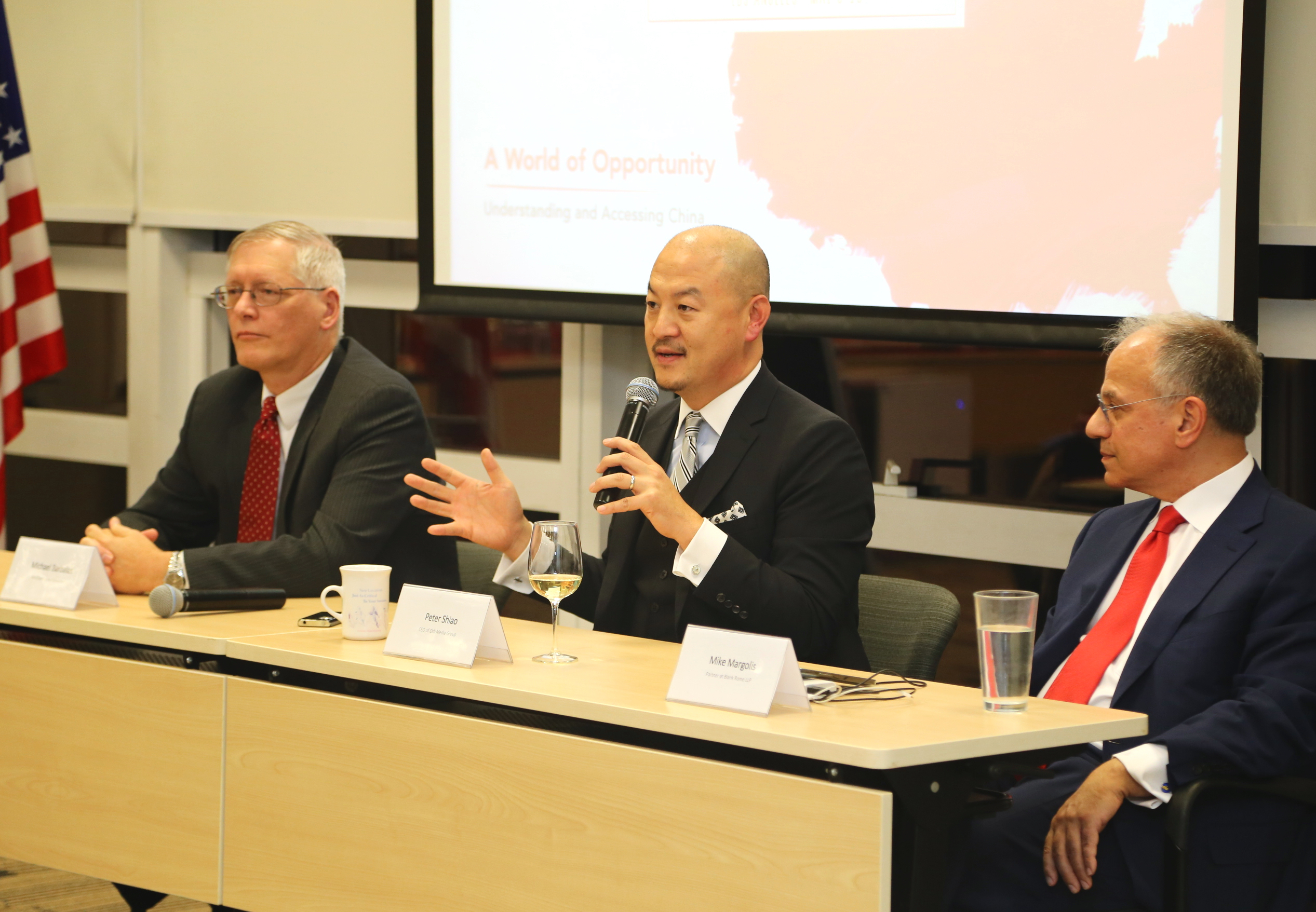 “We’ve been spending a lot of efforts in China-US political-related issues, while paying much less attention to the people connection between these two countries,” said Peter Shiao, Founder of the US-China Film Summit and Chairman of the CHINAWEEK, a new event celebrating its Beijing Launch this week. CHINAWEEK, a 10-day series of events taking place in May 2016 across Los Angeles County, fills this need by bringing the most current, relevant, multidisciplinary information about China to the US.

As one of the content providers, AmCham China partnered with CHINAWEEK to hold a reception on Oct. 27. AmCham China’s President Mark Duval gave a welcome speech while Shiao and Mike Margolis, Partner at the major sponsor Blank Rome LLP, introduced the event to about 60 attendees. Margolis said many organizations in LA held a strong interest in China, but had limited information about their Chinese counterparts.

Moderator Michael Barbalas, a Governor of AmCham China, also said the event creates a great opportunity for American enterprises to multiply their impact in China, and for AmCham China members to promote their products and services to both American and Chinese companies.

The inaugural edition of CHINAWEEK will take place May 6 to 15, 2016, and will cover topics such as arts and culture, business, education, entertainment, environment, public affairs, science and technology, tourism and philanthropy. CHINAWEEK has also been endorsed by Los Angeles Mayor Eric Garcetti and LA County Chairman Supervisor Michael Antonovich.