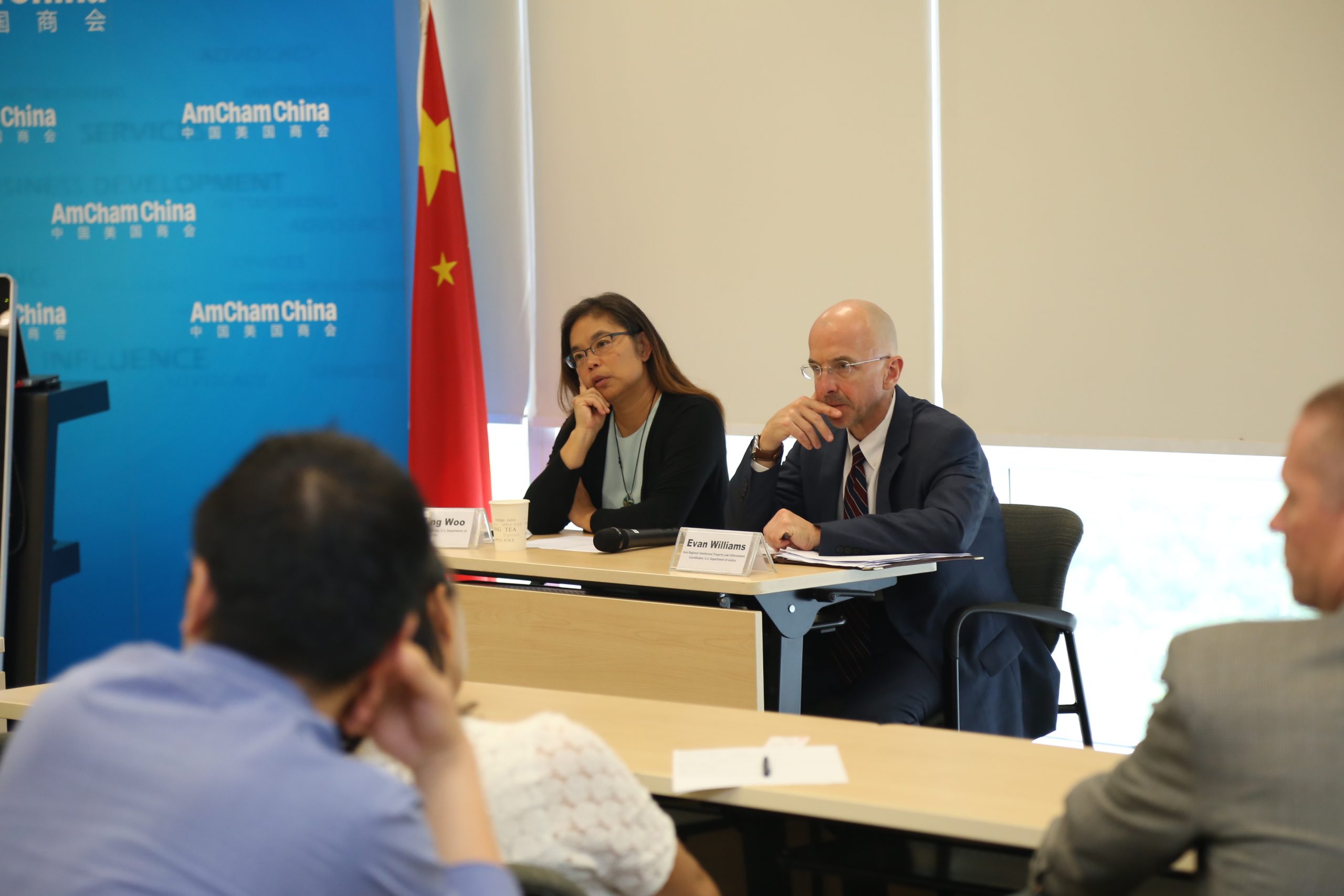 In the wake of Trump’s executive memorandum directing the office of the United States Trade Representative to determine if an investigation into China’s intellectual property (IP) practices is necessary to ensure fair and reciprocal treatment for US companies operating in China, AmCham China hosted two acting officials from the US Department of Justice to talk about US-China intellectual property rights issues and criminal enforcement.

This Tuesday, Evan Williams, the Asian Regional Intellectual Property Law Enforcement Coordinator at the US Department of Justice, shared longstanding IP concerns for the US in China, including counterfeit goods and criminal copyright infringement, but noted that theft of trade secrets is on the rise and a priority issue for the US government.

Williams also informed attendees of the event that, while most intellectual property enforcement in the US is a civil matter, the Department of Justice has created an Intellectual Property Task Force to streamline enforcement of IP rights. The task force prioritizes criminal prosecution for cases in which it is clear the offender knew they were infringing on another party’s IP rights and also in cases that clearly implicate a public interest. In particular, the DOJ considers counterfeit health and beauty products, counterfeit pharmaceuticals, and counterfeit auto diagnostic devices to be public interest cases.

In China, the DOJ focuses on criminal prosecution of cyber-enabled crimes (cases involving the internet) and transnational criminal networks. Williams also noted the strength of the relationship with China, highlighting extensive cooperation and coordination with local police and prosecutors.

The evidence in criminal cases that often affect US companies operating in China usually comes for electronic sources like email or social media, according to Ye-Ting Woo, China’s Resident Legal Advisor at the DOJ. Woo spoke about the use of digital evidence in the courtroom and how companies can prepare and preserve the evidence to fight IP crimes.

Evan Williams speaks about the DOJ's efforts to protect intellectual property rights at an event at AmCham China on August 15.

It is especially important for companies to follow good practices in order to preserve digital evidence, as such evidence is fragile, can be deleted intentionally or in the normal course of business, can be lost when the device is turned off, and in some cases the data cannot even be recovered by digital forensic scientists.

Even if preserved properly, digital evidence is often tricky to present to a court of law for a criminal proceeding as the integrity of the evidence, its authenticity, the method by which it was extracted, and the way in which it was analyzed can all be questioned by the defense. To best preserve evidence, companies should employ digital safeguards such as maintaining an imaged copy of the data, securing the chain of custody, and keeping records of when the data files were created, accessed, or modified.

The issue of intellectual property protection in the US-China trade and investment relationship has also been gaining an increasing amount of attention from governments both in the US and China, a trend which is likely to continue. For foreign companies operating in China, though, the issue has long been a priority; in AmCham China’s 2017 Business Climate Survey, 45 percent of our members said lack of IP protection was a significant barrier to increasing innovation in China.

Evan is the AmCham China staff coordinator for the IPR, ICT and Compliance working groups among others including Education and Visa.