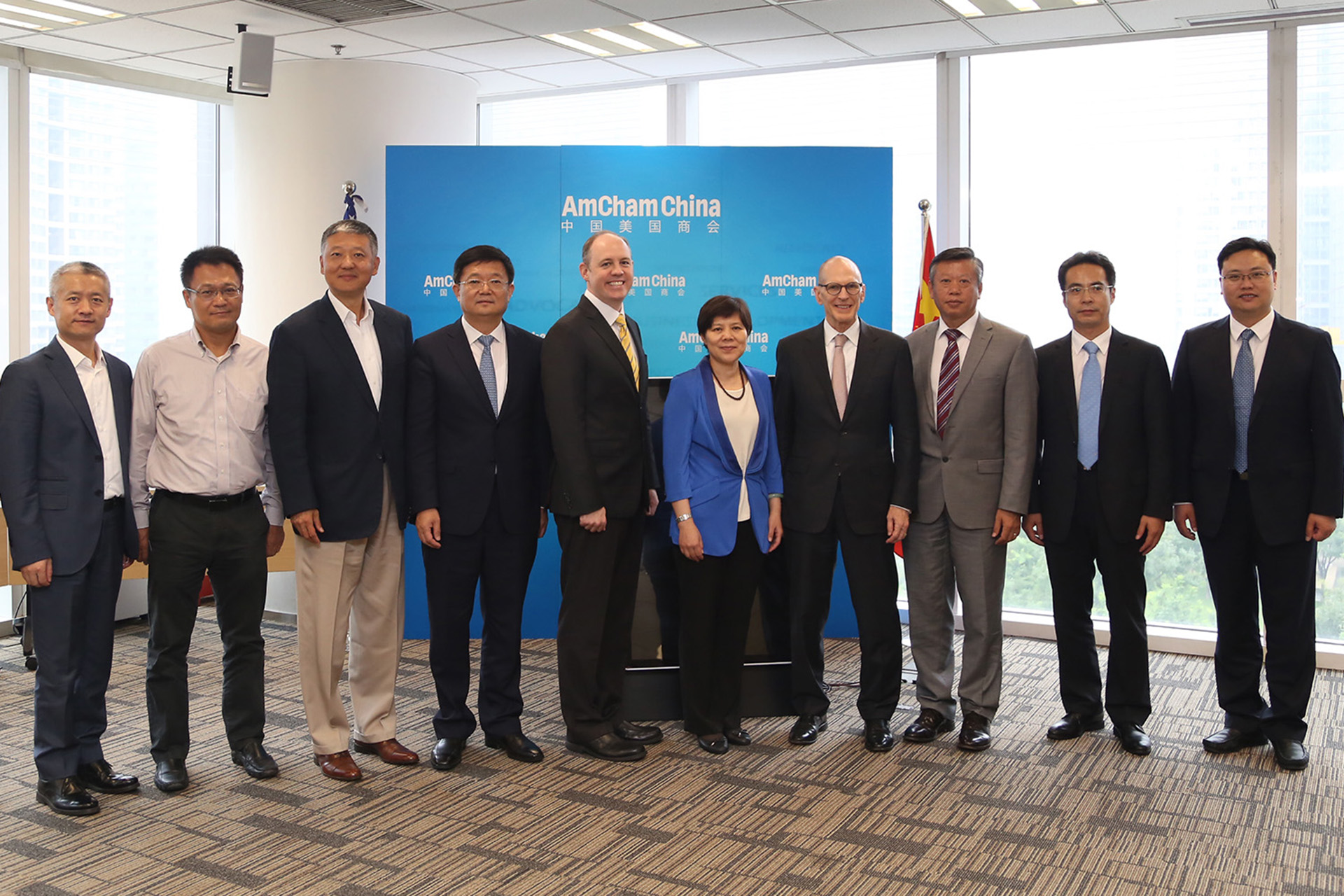 Shandong Vice Governor Ren Airong and a delegation from the Department of Commerce of Shandong province met in Beijing on Tuesday with members of the AmCham China Board of Governors and other senior members to discuss the upcoming Strategic Dialogue to be held on September 20.

At the meeting, AmCham China’s leadership discussed their perspectives on issues pertaining to doing business better in China such as equal protection, transparency, and access to policy incentives, including those under Made in China 2025.

In addition, She Chunming, Director General of the Department of Commerce of Shandong province, shared examples of the open economic environment of Shandong, how Shandong has mobilized all resources possible to implement some of the Chinese central government’s FDI promotion measures such as Circular 5 and Circular 39, and suggested potential areas for further discussion at the September 20 summit.

Next month, AmCham China Chairman William Zarit and other members of the Board of Governors will travel with a delegation of member companies to Jinan, Shandong province, for a high-level Strategic Dialogue. At the event, Shandong Provincial Party Secretary Liu Jiayi and Governor Gong Zheng will meet with business leaders and senior executives from AmCham China’s member companies to discuss the province’s policy goals and concrete ways in which both sides can win from greater investment and trade.

If your company and senior executives would like to participate in this unique opportunity to explore the rich investment environment of Shandong province, please contact Henri Tan at htan@amchamchina.org.