You are here:
CommentaryIndustry  NewsWorking Groups 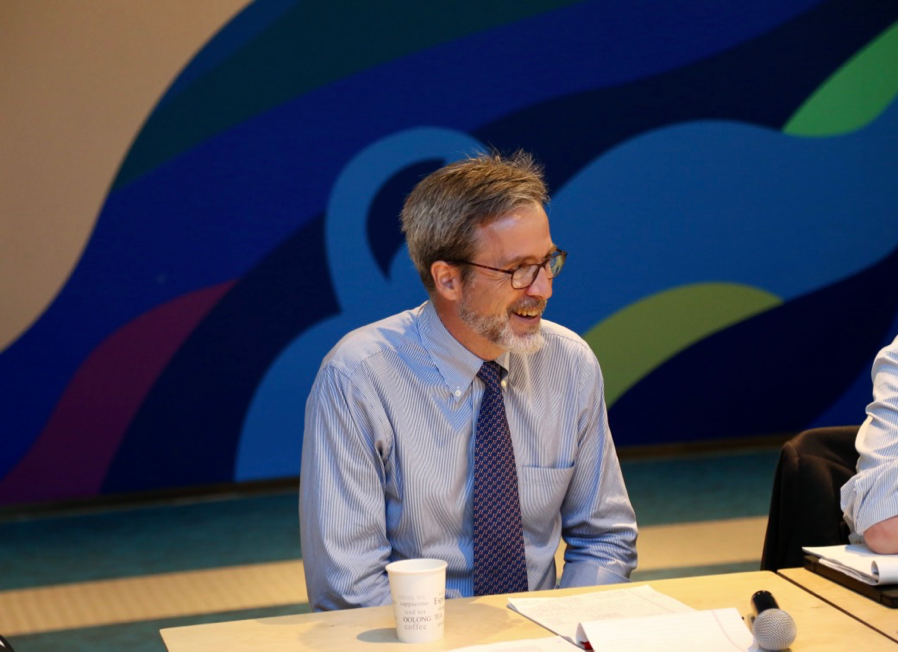 On June 13, AmCham China’s Financial Services Forum proudly hosted Nicholas Calcina Howson of Michigan Law School for “Rewriting China’s Securities Law and Possibilities for ‘Rule of Law’ Capital Markets in the PRC.” The dynamic, informative event focused on and dissected the proposed amendments to the 2006 PRC Securities Law. Howson’s expertise in Chinese law, experience working in the Chinese legal system, and exposure to the amendments draft made him a powerful driver of the afternoon discussion at AmCham China. Opening remarks, introductions, and insights were shared by Lester Ross (Wilmer Cutler Pickering Hale and Dorr LLP).

At the event, Howson began with an in-depth introduction to, analysis of, and commentary on the most recent PRC Securities Law draft. He drew special attention to the contents of the original security law, which was passed in 2006, and mentioned which components of that law were drafted for changes. Event guests, experts, and professionals from several countries and industries were given thorough insight to the foundations of the process by which Chinese law is drafted.

A striking point in Howson’s presentation included his allusion to the fact that a certain degree of unmistakable fraud exists in every type of market. He stated, “That’s true of any country, I’m not saying this is special to China,” and reminded listeners that there was more depth to China’s market than the possibility of fraud. He continued to say that when understanding policy, it is important to keep in mind the context under which the specific policy is created.

Howson drove this point forward by raising a rhetorical question to the audience: what is a security? Security law works in relation to those who are taking actions, so it is important to understand what a security is in the context of the law, in order to consequently know which players will be most impacted by those policies.

Howson and Ross explained the inner workings of the Shenzhen and Shanghai exchanges in China.

In Chinese security law, there is little space by which to identify organizations that appear to be companies, but are not. This loophole can exist through crowdfunding, which naturally creates a lack of differentiation between statehood and non-statehood enterprises. Currently, regulations that exist in China are not aligned with their goals when this distinction does not exist. Howson stated that in President Xi Jinping’s administration, there has been a shift from shyness to confident assertion when it comes to putting plans into action, but there are some logistical roadblocks that make even technically-sound plans impossible to put into action. Howson gave two examples of the concept within security policy.

One example was within insider trading, where statutory issues and CSRC noncompliance with legal enforcement methods have occurred. The current Chinese administration is taking up a model more like a British or European model in order to combat statutory and noncompliance struggles, rather than something similar to the US model. Furthermore, a great focus on decision-making and proactive solutions has slowly solved issues posed within insider trading. Howson went on to conclude that policy-makers in China are ready to consider neutral, technically-sound solutions with confidence, and some of this decision-making is reflected in the new securities draft.

Howson closed his presentation at the Financial Services Forum event by illustrating the impact of the word “global” when looking at capital markets. The regulatory systems that regard the capital market, no matter where they are coming from, are going to inevitably blend with and conform to one another. One question going forward is whether China will conform to others, or if others will conform to China. In Howson’s view, it is unlikely that the China model may be able to defeat other models, but it is still plausible. The place to look for changes first is within trade law, because the WTO has been attuned to interactions with China.

Attendees engaged in a dynamic discussion about China’s security policy.