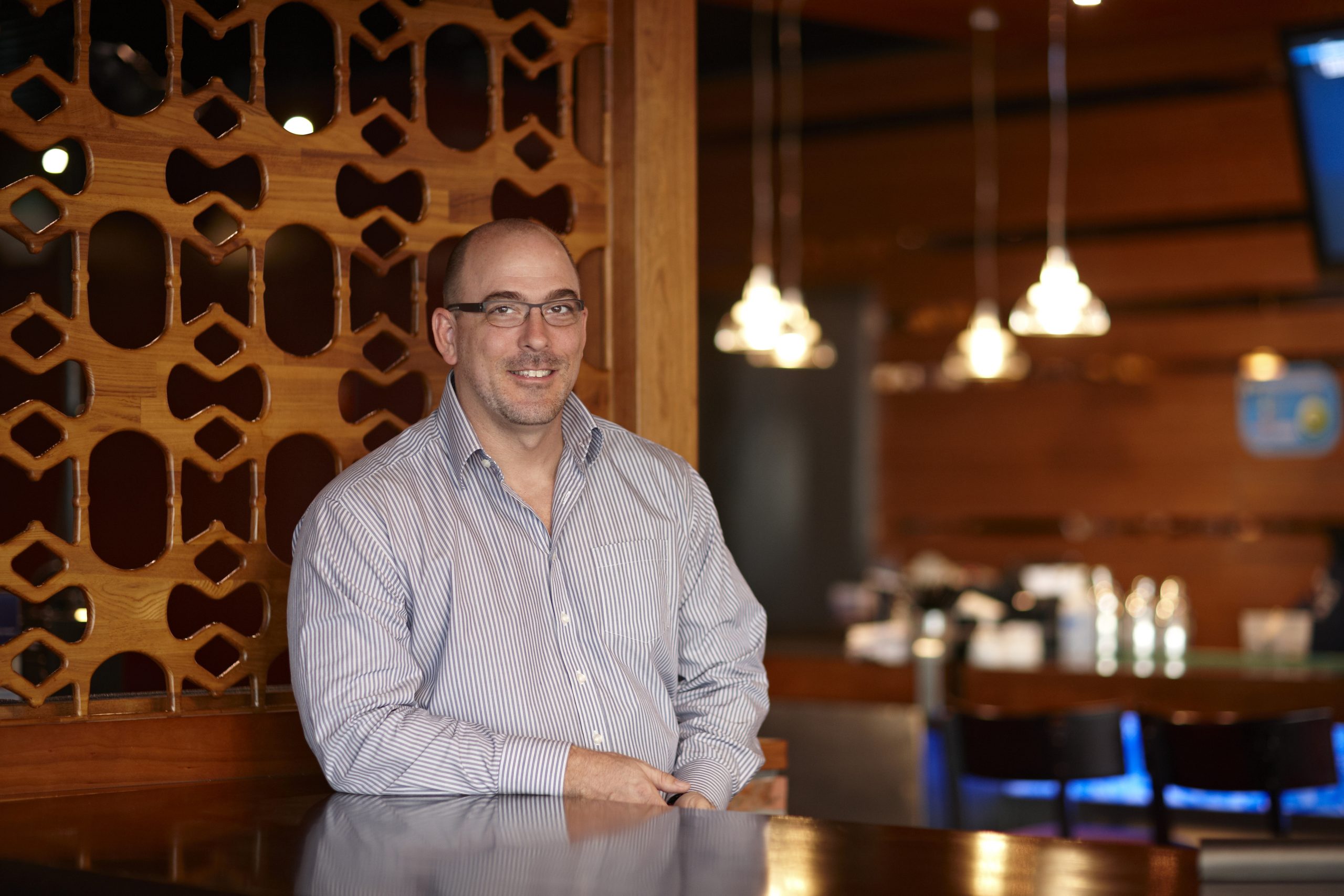 Bob Boyce, founder of Blue Frog Bar and Grill, came to China over 20 years ago to study Chinese in Beijing. Now Blue Frog spans almost every major city in China, with 15 new locations scheduled to open this year. AmCham China member Preston Kuo, CEO of China Foundations, recently interviewed Boyce for Kuo’s podcast MADE in China – a series exploring the narratives of business owners and corporate leaders based in China.

Boyce discusses how he evolved his business from its turbulent early days to the successful enterprise it is today, and how he’s built staff loyalty even in the notoriously turnover-prone food and beverage industry.

Q:  Tell me about your relationship with China.

A:  My relationship with China goes way back. I’ve been in China 21 years. I came right out of university. I never really worked professionally back in the US, so really I feel kind of like I grew up in China. Or I grew up with China. So I think my story is probably a little bit more unique than most people my age who are here.

My story and my journey is one that parallels what’s happened here. When I look at things, my perspective is not exclusively American, but it’s not Chinese either. It’s a hybrid of someone who has grown up and been a part of what’s happened here, this tremendous change, but with the context of being born and educated in the US.

Q:  Tell me about a big success you’ve had.

A:  What I’m most proud of in my time in China is the team that we’ve built. When I started, we had 25 people. Those kids were young, 18 to 25, literally just off the train from the countryside. And now we have 1,500-plus people, and it’s growing every day. A lot of the folks that have been with me for over 10 years are now incredible business people. They’re real leaders in the company.

A:  About a year and a half after we opened the first restaurant, we opened a second one in Xintiandi, and a month after we opened, my business partner came to me and said she’d had enough. It was a very stressful period of time. Cash was short and we weren’t sure if the business was going to make it or not, and she just wanted out. Then I found myself in this situation where overnight I became the patriarch of the family, for better or worse. And I honestly wasn’t ready for that. As a result, we had probably at least 100 percent turnover every six months. We were just cranking through people. That’s such a stressful thing to happen to a business. There’s no way you can build a sustainable business on that kind of turnover.

So I had a number of brutal conversations with myself about what was going on. The problem in our company and in our system was me and the way I was leading – or not leading. That started a journey of self-discovery and reflection and action on how I was as a leader. I looked at our people and what they needed. They were all very young. Most of them were from the countryside and the provinces. Most of them were away from home. These kids were looking for something in their lives: opportunity, a chance and a place to belong.

I came up with five critical elements for a young person at the time. And it really hasn’t changed over the years and is still central to the way we think as a business.

The first one is clarity. They needed to understand where they stood in the company – clear contracts, clear metrics for performance. Before, the general norm of the time was to keep contracts sort of vague and not clear so you could manipulate people. We clarified all of our contracts and made it very clear where people stood.

The next one is opportunity. Young people everywhere in the world need opportunity. They need to feel like they’re going somewhere. Someone who started with us as a waiter could very easily within three to four years become a manager of their very own restaurant and pull down a pretty serious salary.

Next is a sense of belonging. They needed to feel like they belonged to something. The sense of company culture and belonging to something that’s more than just a job became important to the company, our people and to me personally.

The next one is discipline. You can’t do anything without discipline. People need to know that there are rules, and the rules need to be enforced and there need to be repercussions for not following the rules. We’ve always had a few rule breakers and sometimes that’s not a bad thing, if it’s in the right place.

The last component is pay. You have to pay people a fair salary. We need our people to be paid fairly, and they need to believe they’re being paid fairly. And I think that’s part of the formula. In the end, I didn’t have a better name for it – we just call it “family-style management.”

Q:  When you say the problem was you, what were those problems? How did you identify that and what were you doing wrong?

A:  I was managing from 40,000 feet. I wasn’t understanding the problems. I would come in, see something wrong, get emotional about it, freak out, talk to somebody about fixing it and then leave. And that’s just no way to manage. So I became way more focused on solutions and how to really, truly dig into a problem, dissect it, go all the way back and then fix it from the root cause. That is an incredibly energy-intensive process, especially because we had to do it for almost everything.

Q:  When you say you weren’t ready – managing from 40,000 feet and the way you reacted – where do you think these things came from?

A:  A complete lack of experience. Honestly, I’d never been the owner of a business, and I’d almost never managed a restaurant before. I was just completely inexperienced and unused to being in charge. At the time, I didn’t even understand that I was a leader, that I even had that in me. Fortunately I found it. Leadership (is now) something that I enjoy and react to in a positive way, and I embrace it.

Q:  You said you’ve always been 95 to 98 percent Chinese operated. What do you think you’ve learned from your local people? I feel like a lot of people haven’t learned how to tap into that, and I think that’s one of those X-factors of success.

A:  At the end of the day we’re in China, and we’re building a business in China for Chinese people as consumers. There’s no way I could have built this business without viewing my local team as integral to my life and to my business. That goes back to training. Our folks had never eaten in a Western restaurant before. A lot of them had never eaten with a knife and fork. The concept of Western food, Western service, Western drink – all of it was completely foreign to them. We had to train them from ground zero all the way through, and that was an energy-intense process.

I needed these people to step up, and so I put a lot of responsibility and pressure on them from an early stage, and then tried to augment the pressure I was putting on them with training and development so that they had as many of the skills as they could get and as much training as they could get to do the job that I needed them to do. Training has always been crucial to our success, because our people are everything, and their performance every day is the difference between whether you as the customer have a great experience or a bad experience. It’s insane to me that somebody wouldn’t consider training paramount in their business.

Q:  If it’s the end, the asteroids are coming for you, what do you want to tell people?

A:  At the end of the day, if you’re going to err, err on the side of generosity. That’s how I try to live going forward.