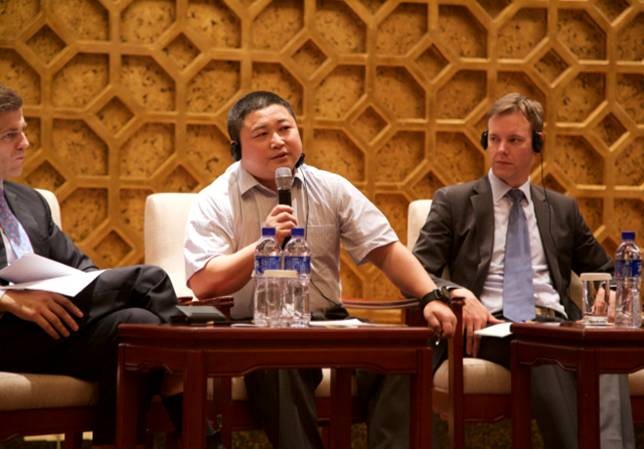 A few months remain until China releases its new energy reform plan. To discuss the future of energy policy in China, AmCham China and AustCham Beijing cohosted a forum June 19 at the Sofitel Wanda Hotel in Beijing. The panel of speakers included Mark Nelson of ConocoPhillips, Dr. Jin Wang of the NDRC, Tong Guanyi of the National Energy Administration and Ben Jarvis from the Australian Embassy's Department of Industry and Science.

Among the topics discussed were China’s changing energy profile, the future of coal and natural gas in China, and the rise of renewable energy sources, in particular solar. During a Q&A session, the panelists also discussed the possibility of deregulation and increased marketization in China, a development welcomed by foreign investors.

All of the panelists acknowledged that although China’s economy had grown faster than its carbon emissions, there was still work to do in weaning China off of coal and reducing pollution. They also acknowledged that collaboration with foreign governments, academics and investors was crucial to optimizing China’s energy sectors. As one speaker put it, this collaboration would be crucial because “energy policy is important to protecting global security.”