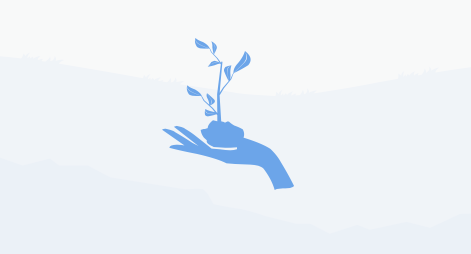 Over the past five years, we have witnessed a progressive trend in China, where leadership development interventions are being offered earlier in the careers of young Chinese employees, especially for high potential employees in multinationals operating in China.

It's important to understand a few unique aspects about these young Chinese high potentials. We often hear about a “management gap” in China and assume it is mainly about skills and capabilities. In fact, it means that there is a significant gap in years of experience, whereby managers in China are 10 to 13 years younger on average than their counterparts in the West. While the level of education of managers in China typically includes an MBA, their years of business experience (five to 10 years) are significantly less than their colleagues in the same level in Europe (15 to 20 years). At the same time, the Chinese high potentials would have already had an average of five different jobs compared to the average of three different jobs of European counterparts at the same level.

China’s high potentials fall into the Generation Y or “millennial” category. While millennials share some traits globally, for example the need for more flexibility as well as more frequent guidance and direction, Chinese high potentials also exhibit some unique characteristics:

With the increasing challenges of engaging and motivating millennial future leaders in China, it is crucial for organizations to use new approaches when creating impactful learning and development programs for this target. In the following case study, we will share how a multinational IT company used executive coaching and embedded the coaching culture as part of their leadership development journey.

This company decided to begin its leadership development earlier in the careers of their young high potentials. The main focus was to accelerate the development of their high potentials and improve employee engagement and motivation. MDS designed the program which included some workshop modules, leadership assessments, virtual learning modules and six months of group coaching for their younger leaders.

The group coaching was positioned as an enabler for these high potentials to move through obstacles and transition with more speed and ease. It was also seen as the biggest “perk” of the program.

Impact of a coaching program

As mentioned previously, while these young Chinese leaders do not want to be told what to do, they still want a lot of guidance and direction. That can often feel like a paradox to many managers in China who would expect that if someone asks for freedom, then they will pretty much go about doing things on their own.

As participants started to learn and apply coaching skills themselves, they found that it was an excellent way to offer frequent support, without having to give all the solutions and instructions to employees. As a result of being exposed to an excellent coaching experience (via group coaching), having the opportunity to learn basic coaching skills (via interactive workshop modules) and being able to apply these skills to their subordinates (support of coaching culture within the organization), the participants reported the following benefits towards the end of the program:

Another common theme in the group coaching was that several of the Chinese high potentials were on their way or were aspiring to work in their US headquarters (on work assignments or rotation). In addition to this, many of them had a level of interaction with their colleagues from all over the world.

According to the Global Talent study from Oxford Economics, the two most important skills for Chinese mangers in the future are related to global operating skills i.e.:

One particular coachee was very successful as he made the transition into his role in the US. During his coaching program, he formed key insights and made deliberate efforts to prepare for this role. Rather than spending most of his time with other Chinese colleagues who were also on assignment in the US, he deliberately decided to spend some of his free time with his colleagues from other countries. He also decided to look for similarities with colleagues and his boss, rather than impose any national or cultural stereotypes.

The nurturing of a coaching culture was also extremely powerful in helping to foster stronger networks. As participants were brought together from different functions, the group coaching platform provides a foundation for participants to continue networking and supporting each other, even after the completion of the group coaching.

Last but not least, the participants were equipped with coaching skills and whether or not they progressed into a manager role, they would be more effective in their interactions with others with their newly developed skills.

Coaching culture via group coaching is an economical and feasible approach to coach China’s mid-level managers and high potentials.

Engagement can't be trained, but rather it develops as the employees become more passionate about their roles and about the company.

In order to empower and motivate employees, coaching interventions can be extremely powerful as, it facilitates the process of creating self-awareness and reflection and helps crystallize development paths for individuals.

Note: The full version of this case study can be found in the book The Enlightened Leader (available on Amazon.cn).