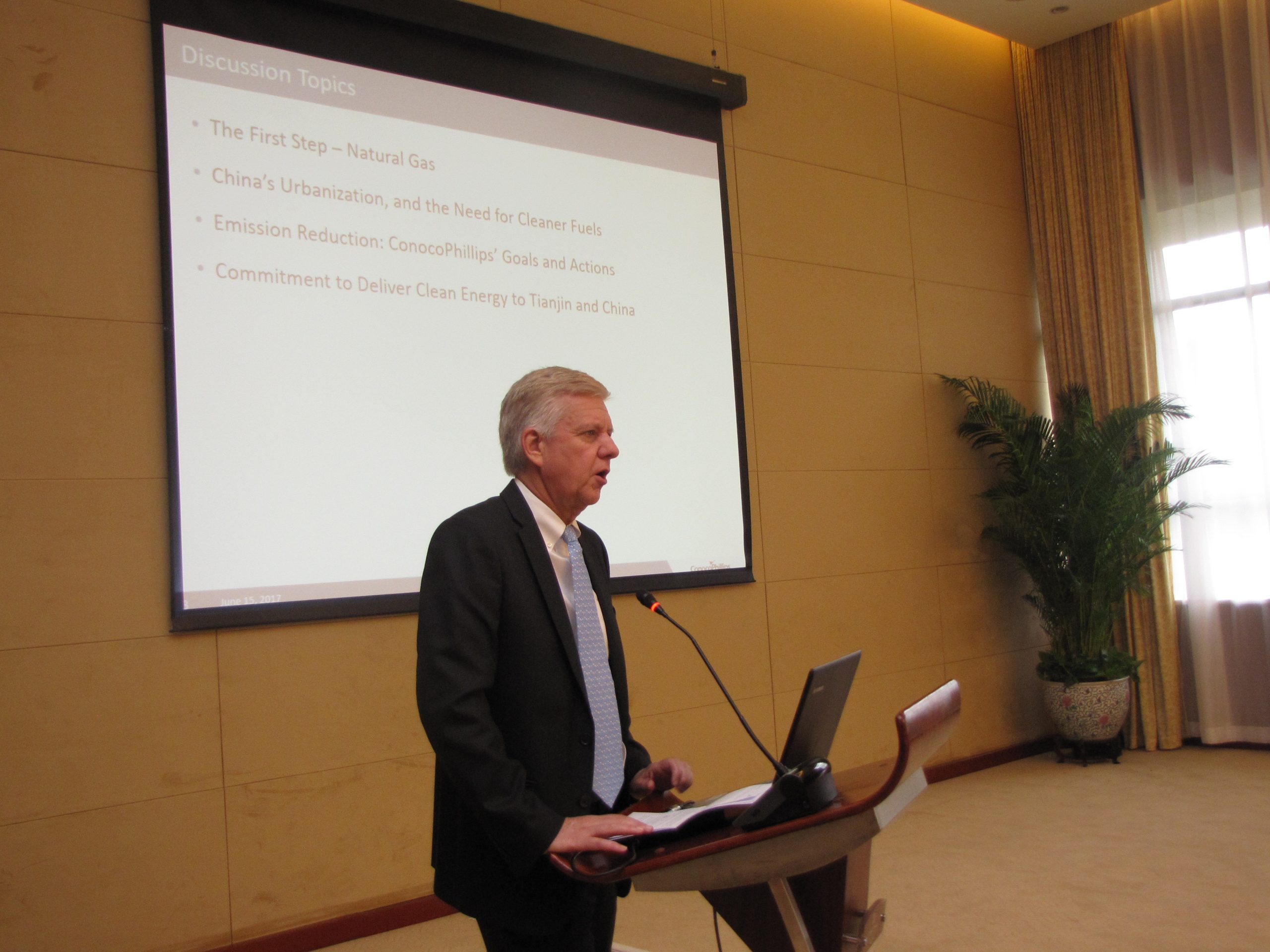 Wheeler started his presentation by addressing the United States’ decision to withdrawal from the Paris Agreement. Even though this withdrawal has made many question whether the global commitment to combat climate change will be maintained, Wheeler presented an image of China doubling down on innovative solutions for cleaner energy. Climate change is a top concern in China as rampant smog frequently blankets China’s major cities, posing health risks to its citizens.

Yet, the pace of urbanization in China continues to rise. In fact, Wheeler noted that China is expected to have over 225 cities with populations greater than 1 million by 2020. To contextualize this number, Wheeler compared China to Europe, a continent that has 35 cities with populations of over 1 million, and the United States with only 10 cities. Urbanization has made climate change a critical issue in China, hence why state-owned companies such as SINOPEC and CNOOC have signed long-term contracts with Conoco Phillips for LNG.

LNG is non-combustible, highly transportable, and much cleaner than fossil fuels. While calling LNG clean energy may not be completely accurate, it is cleaner energy as it produces nearly 50% less carbon emissions than coal does. Furthermore, LNG’s liquefied state is currently being shipped from Australia to China, with Conoco Phillips shipping approximately 10 million tons per annum of LNG, and Tianjin already home to two LNG-capable facilities.

Even with all this in place, Wheeler stated that distributing LNG in China is an issue, noting the country’s poor infrastructure as the major factor. Nevertheless, Wheeler believes this distributing issue will start to fade as China continues integrating natural gas into its cities. Following his presentation, Wheeler provided a Q&A session where he answered questions regarding natural gas’s relation to other forms of clean energy, such as nuclear, wind, and solar.

AmCham China – Tianjin Chapter would like to thank Mark Wheeler for leading this month’s Executive Breakfast Briefing. AmCham China is committed to continue providing its members with more informative and engaging events like this. For more information on upcoming events, please visit the official AmCham China website (www.amchamchina.org).